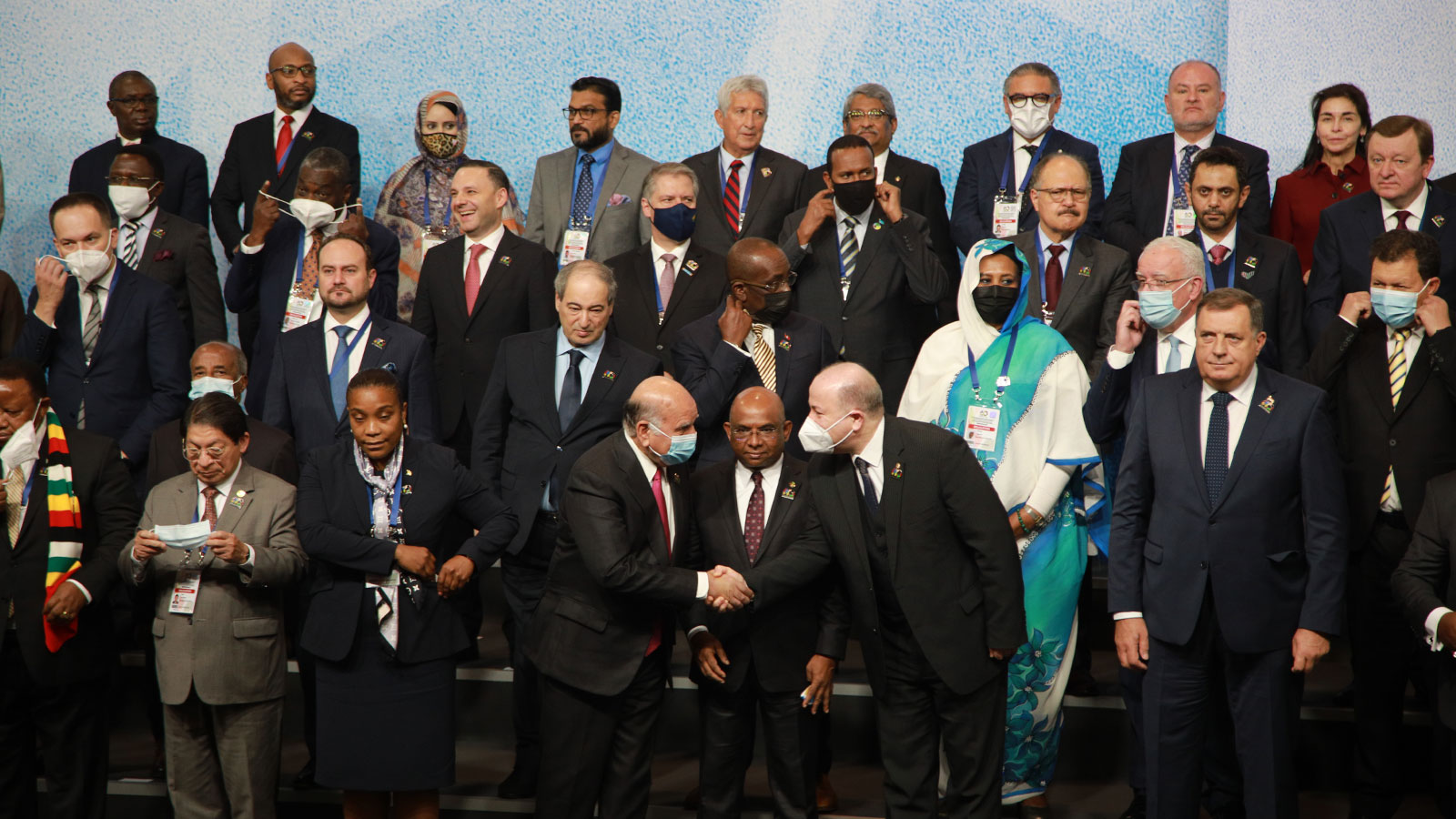 Not all nations have joined in a united front against Russia’s invasion. The conflict and talk of a new Cold War could reignite the nonaligned movement.

By John Ciorciari, The Conversation —

Russia’s invasion of Ukraine has brought strong Western condemnation and sanctions, but many nations around the world have chosen not to join this united front.

Dozens of governments outside Europe and North America have been reluctant to censure Russia, and many more have refrained from joining multilateral sanctions. China has tacitly supported the Kremlin since its February affirmation of a Sino-Russian friendship with “no limits.” A few others have backed Russia vocally, among them Belarus, which has served as a staging ground for the Russian invasion.

Meanwhile, other governments have sat on the fence. Brazilian President Jair Bolsonaro said pointedly that his country “will not take sides.” Indian leaders have reaffirmed their policy of nonalignment, implying that their nation will seek to stay out of the fight. South Africa, Pakistan and numerous other nations are following a similar path.

As a scholar of international politics, I believe responses to recent Russian aggression shed light on how governments throughout what is known as the Global South are apt to behave if a new Cold War takes shape. Unless governments are threatened directly, many appear content to espouse nonalignment – a policy of avoiding strong support for the West or for its principal rivals in Moscow and Beijing.

Nonalignment may be a sensible strategy for individual countries as a way to preserve autonomy and avoid costly choices between major powers. However, I believe international peace and security will suffer if too many states refuse to take sides in cases like Ukraine.

The meanings of nonalignment

The concept of nonalignment emerged in the 1950s. It implied a refusal to join the rival Cold War blocs led by Washington and Moscow. The concept was pioneered by a group of post-World War II leaders including India’s Jawaharlal Nehru, Indonesia’s Sukarno, Egypt’s Gamal Abdel Nasser, Ghana’s Kwame Nkrumah and Yugoslavia’s Josip Broz Tito. 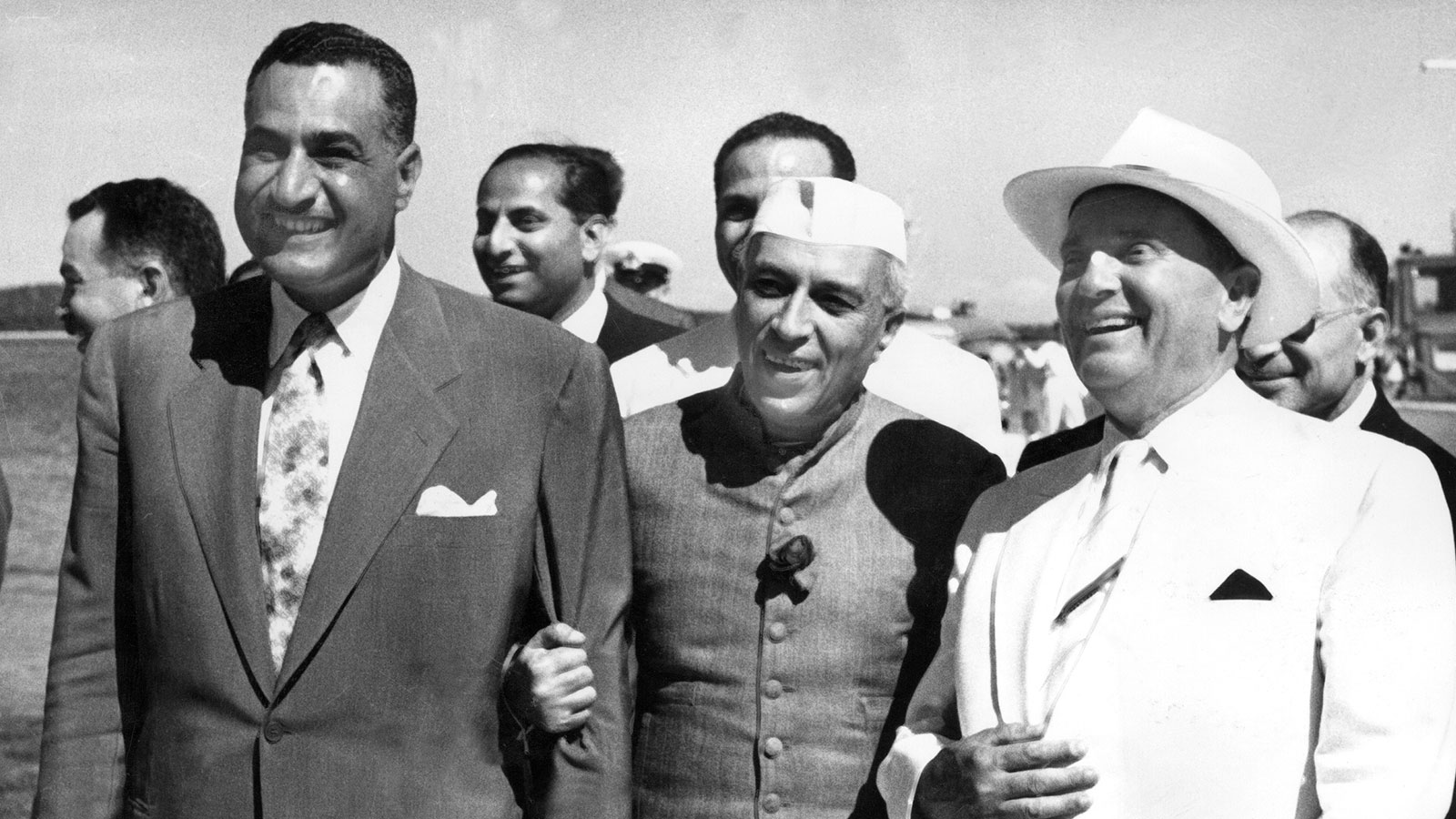 Despite representing a broad range of political ideologies, they all saw nonalignment as a way to resist colonial and imperial powers, preserve independence and stay out of the Soviet-American conflict.

These ideas led to the 1961 establishment of the Non-Aligned Movement, a loosely organized group that soon included most of the world’s countries and population. Several core principles guided the movement, including anti-colonialism, anti-imperialism, respect for sovereignty and territorial integrity, nonaggression and noninterference.

Yet the movement faced a dilemma from the start. When a powerful state violates core principles like sovereignty and territorial integrity, should members of the Non-Aligned Movement take sides to oppose it?

The movement’s diverse members occasionally took strong unified stands. For example, they joined in opposing colonial rule in Rhodesia and apartheid in Namibia and South Africa. When superpower interests were more directly in play, however, nonaligned states failed to agree on when to take sides.

Leftist leaders in states such as Cuba and Vietnam saw the Western powers as neoimperial threats and sided clearly with Moscow despite joining the Non-Aligned Movement. Conservative states, such as Saudi Arabia and Morocco, tilted consistently toward Washington. Many sought relative neutrality. But all these states remained in the movement, which has no agreed standard for what degree of alignment is acceptable.

The differences among members of the Non-Aligned Movement undermined their ability to exercise collective clout, even when superpowers rode roughshod over norms of sovereignty and self-determination.

The movement’s relevance declined after the Cold War, as its diverse members struggled to define its role in a world no longer shaped by a Soviet-American standoff. Still, the movement has survived, and its 120 members recently celebrated the group’s 60th anniversary in Belgrade.

The Non-Aligned Movement faces new challenges today, as the war in Ukraine continues.

For many governments in Africa, Asia, the Middle East and Latin America, nonalignment remains appealing. Most depend heavily on trade, aid and investment both from the Western powers and from China (if not also from Russia). Choosing sides could thus be crippling economically. That danger is apparent in Belarus, which faces stiff Western sanctions for aiding the Russian war effort. Countries opposing Russia also risk debilitating energy cutoffs. Taking sides against China in any future scenario, such as conflict over Taiwan, would be even more costly.

Relative nonalignment is also attractive from a security standpoint. It enables governments to obtain weapons from multiple sources and limit dependence on any single power. This is a major factor for India, which remains heavily reliant on Russian arms, and to a lesser extent for countries like Vietnam.

Nonalignment helps keep diplomatic doors open as well. This appeals to governments wary of losing policy autonomy if they rely too much on one powerful state or bloc for political support.

For all of these reasons, nonalignment is likely to continue to be common. In fact, its strategic appeal is arguably stronger now than it was during the Cold War because of greater global integration. Unlike the 1950s, most countries now have strong economic, political and, in some cases, military linkages to both East and West.

Nonalignment may be sensible policy for individual states, but it could spell trouble for international security. Russian President Vladimir Putin has shattered the illusion that territorial conquest and great-power wars were consigned to the past, and in so doing put his fist through the defining principles of the Non-Aligned Movement. Reluctance to take sides in such a clear case of aggression can weaken international norms and undermine global security.

At this stage, most members of the Non-Aligned Movement have condemned Russian attacks. Yet only one, Singapore, has imposed sanctions. Others are passing the buck, making the war in Ukraine a burden for the United States and its core allies to bear.

In doing so, they are making it easier for the Kremlin to sustain a brutal military campaign. They are sending the message that aggression and territorial seizure by major powers will be tolerated. I believe this represents a major missed opportunity to defend the anti-imperial norms at the core of the Non-Aligned Movement. The movement’s members have profound interests in reasserting those norms on behalf of Ukraine, as they are among the most vulnerable to being next.

Featured image: Country and international organization representatives attend a family photo during a summit held on the 60th anniversary of the establishment of the Non-Aligned Movement in Belgrade, Serbia on October 11, 2021. (Photo by Milos Miskov/Anadolu Agency, Getty Images)