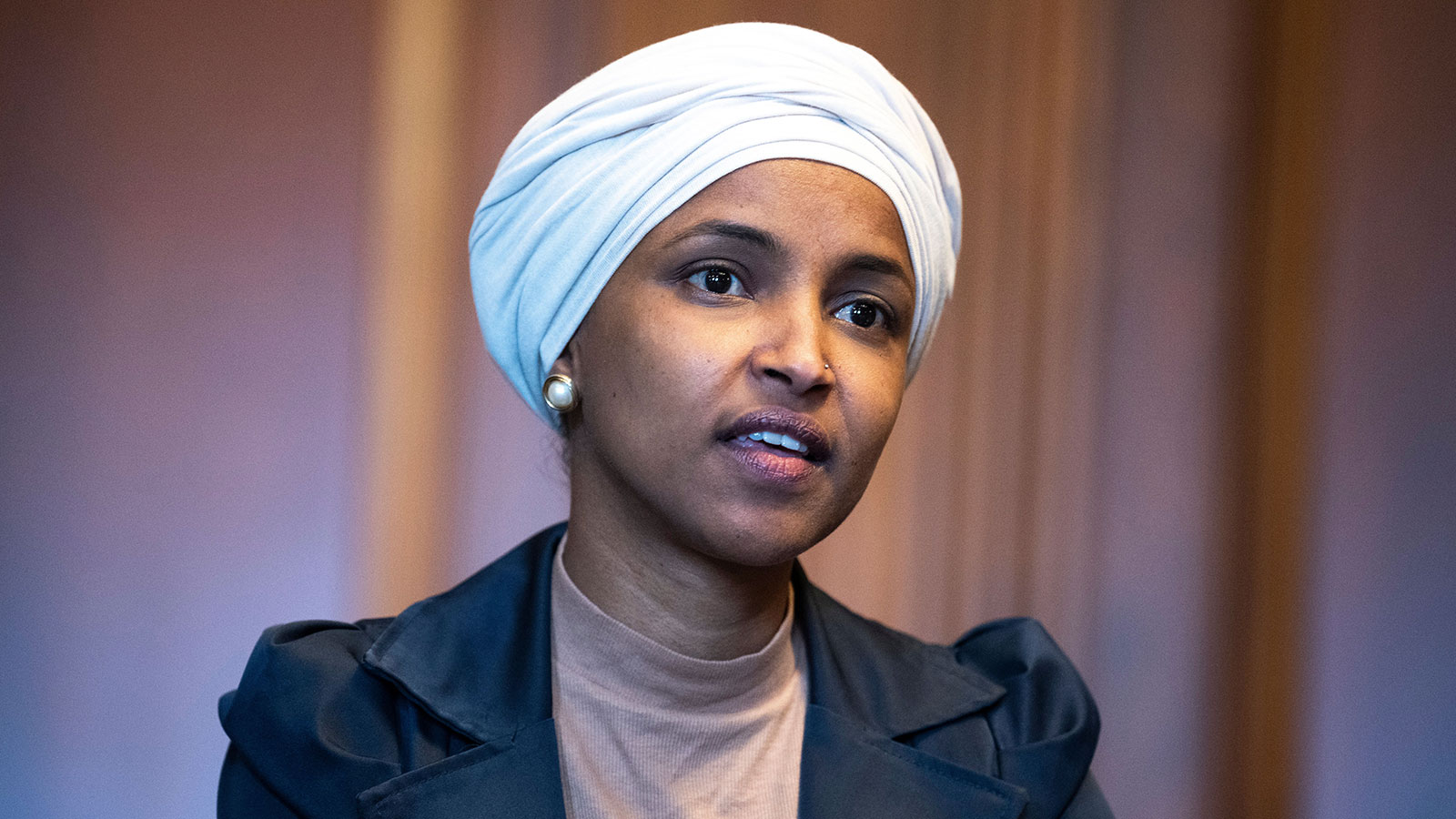 The congresswoman revealed a proposal to make America a member of the International Criminal Court and revoke a Bush-era measure that undermines it.

Mounting evidence of widespread Russian atrocities in Ukraine is spurring the Biden administration and lawmakers from both parties to demand justice at a global level — specifically, at the International Criminal Court in The Hague. Now Rep. Ilhan Omar (D-Minn.) is challenging them to boost that prospect by making the U.S. a member of the court and repealing a George W. Bush-era law that requires the U.S. to block the court from investigating Americans.

“We’ve engaged in a process for a long time of delegitimizing these international institutions that essentially call for accountability, and I think it is really disturbing that we now think they are powerful enough … to hold Russia accountable. It’s easy for people to see the hypocrisy in those two statements when we’ve said previously that we don’t believe in the ability of the court to [be] unbiased,” Omar said on Wednesday.

The congresswoman spoke with HuffPost to discuss a new plan to introduce a package of legislation in the House of Representatives on Thursday that would set the U.S. on a course to join the court. She shared previously unreported aspects of the package: revoking the 2002 measure known as the Hague Invasion Act and enshrining the position of the State Department’s Office of Global Criminal Justice, a team that the Trump administration considering shutting down.

“It’s really important for us not to have a law on the books that says in many ways it is OK for everyone to be prosecuted” but not Americans, Omar told HuffPost. “Think about just how much more powerful of a statement it would be if we didn’t just call for accountability for war crimes in Ukraine in holding Russians accountable for the possible war crimes they have committed but if we actually had skin in the game.”

Progressives like Omar see developing a loud, nuanced position on Ukraine as critical to expanding their influence over national security policy and reforming the U.S.’s approach to global affairs.

Conservatives and the Pentagon have argued for years that if the U.S. joined the court, American officials would face unfair and politically motivated investigations. But every Republican in the Senate recently voted for legislation recommending the court as a venue for probing Russia’s abuses, and House Republicans are supporting a bill urging the court to prosecute Putin if any harm befalls Ukrainian President Volodymyr Zelenskyy.

Meanwhile, Biden administration officials are discussing how to support the court’s work on the Ukraine war, according to The New York Times, and former senator Chris Dodd and former White House lawyer John Bellinger say it is possible for the U.S. to do so despite domestic laws limiting the court’s reach.

Echoing the discussion about greater international accountability, the U.S. ambassador to the United Nations said on Tuesday that she backs a proposal to call U.N. General Assembly sessions after a member of the U.N. Security Council uses their veto power over U.N. actions. That step could make it harder for Russia to use the veto to shield itself — but also increase scrutiny of America’s vetoes.

“Everybody is coming around to recognizing that these bodies that uphold international law are an important part of international accountability,” Omar told HuffPost. “If we all agree with that statement then we have to re-assume the mantle of leadership and give full backing and legitimacy to the court.”

Noting that President Bill Clinton made a limited effort to join the court before President George W. Bush launched a foreign policy largely rejecting any degree of global governance, Omar said she sees the U.S. failure to participate as an abandonment of America’s historic role in efforts like prosecuting Nazi atrocities at Nuremberg. And it places the U.S. in a small, awkward club: Russia is one of the minority of other nations that does not work with the court.

Omar criticized a separate 1999 law that prevents taxpayer dollars from being spent on helping the court. Noting that former President Donald Trump placed sanctions on court officials and their family members when the court began to consider alleged American excesses in Afghanistan, the congresswoman said the U.S. has to “remedy that harm.”

Her effort may attract some surprising support. Sen. Lindsey Graham (R-S.C.) told the Times that he sees the court as “the only venue” for investigating Putin and he would “look at the laws on the books and see if they need to be changed to make sure these investigations can be supported, either financially or to provide any intelligence or manpower.”

Given reservations among Republicans and more moderate Democrats including President Joe Biden, any tweaks to the regulations could ultimately be minimal.

Omar said she will seek support “far and wide,” including inside the Biden administration, and reminded her colleagues that their counterparts could take either a positive or a worrying message from the U.S.’s debate over the court.

She pressed Secretary of State Antony Blinken on the court at a hearing last year, and he responded that America had its own mechanisms for justice.

“Many people around the world can say that if they want,” the congresswoman told HuffPost. “True justice is blind and if we are to say we are the people who respect law and order, we can’t create exemptions where our people aren’t subjected to the rule of law and order.”