You Are Here: Home » Blog » Commentaries/Opinions » International Women’s Day Reminds Us That Women Who Lead Get Things Done 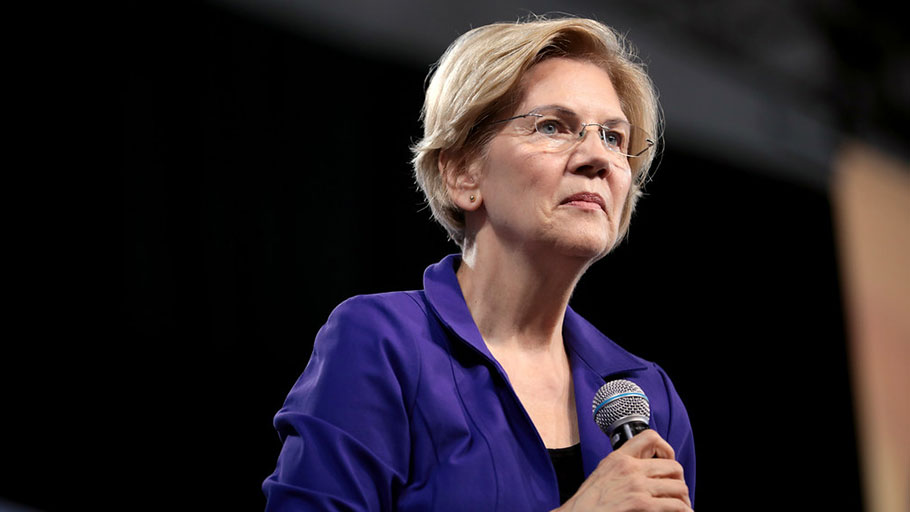 International Women’s Day is on Sunday. It will remind us that women who lead get things done. This is true even if at the moment in America, election to the presidency remains an unbreakable glass ceiling.

This past week, we saw two great women, Elizabeth Warren and Amy Klobuchar, suspend their presidential campaigns. This means that glass ceiling remains intact and it means that even before a single ballot is cast, we know a white man in his seventies will be elected president this year.

We saw very different women campaign for the presidency. They had different styles and political views. Different policies and different strengths. Elizabeth Warren, especially, stood out because she was going her own way. It’s overly simplistic to categorize her as someone from the Bernie wing of the party. She has progressive ideas, but they are based on knowledge stemming from a lifetime of research – not merely embracing ideology.

She was the best communicator there. She also gave the personal touch in a time when communication has given way to messaging.

America isn’t ready for women like Elizabeth Warren, women who are comfortable in their own skin and develop their own ideas. We saw it as another primary that began with a diverse group of capable people was whittled down to two old white guys. Either of them would be a better president than Donald Trump, but the fact remains women’s fight for a return from the political exile imposed by Trump remains unfinished.

It is a little ironic that tomorrow is International Women’s Day. It marks another year in which that day is commemorated while American women and girls see the presidency overtaken by male egos and misogyny – not only among candidates but in the media coverage as well.

International Women’s Day also marks another year in which most political news is written by men, which means the “narrative” is defined pretty much exclusively from a white male perspective.

If she’s lucky, the rare woman who writes about politics might get some crumbs – after men have firmly established the parameters of political discussion, saying which issues merit discussion and who qualifies as a strong contender against Donald Trump.

If you’re an intelligent woman and comfortable in your own skin, you’re a bigger threat to the male ego than any other kind of woman. That was true when my mother was the lone woman standing in her class of biochemists. It was true of Justice Ruth Bader Ginsburg when she had difficulty getting a job despite excelling in law school.

The women of that generation had to surpass men in ability just to be equal. In reality, that hasn’t changed. The pursuit of equality for women in the classroom and the workplace remains an uphill battle for subsequent generations. And, we’re losing ground in other areas, as reflected in the Supreme Court’s decision to take up a case that could send our personal autonomy back to the Dark Ages.

The election of Donald Trump proved that misogyny remains a driving force in America. There is no place in Trump’s America for smart women, regardless of where they were born.

With the exception of his propaganda machine, women were erased from the Trump administration.

A notable exception on the policy side is his daughter, Ivanka, who’s greatest accomplishment is inappropriately sitting in for daddy at the G-20 Summit.

Then there’s Elaine Chao who is under investigation by the Senate her husband controls for ethics violations. Gee, we’re all wondering how that’s going to turn out.

Even with these two women and Trump’s mouthpieces, misogyny had single party control of the Federal government for two years, achieving nothing before Nancy Pelosi and a group of women retook the House in 2018.

Breathing became a bit easier then. The one political institution that is led by a woman is also the only thing protecting democracy from a brutal assault by Trump, Senate Majority Leader Mitch McConnell and the Roberts Supreme Court. The women on the Supreme Court continue to issue insightful and legally substantive dissents, yet the misogynistic majority all but states out loud how cute it is when some smart women “over think” things.

Well, maybe women should do more of the thinking. The world won’t fall apart when women take charge. In fact, women make things happen, as we saw with Golda Meier, Benazir Bhutto, and even Margaret Thatcher. Anyone with knowledge of European politics knows Angela Merkel has a legacy of success and she was one of a handful of people who stood up to Donald Trump.

Moreover, there are many girl wonders who are already making their voices known to the world. Girls like Greta Thunberg.

Tomorrow I’ll be celebrating all the women who broke down and go on breaking down barriers built by the privileged white male establishment. That establishment sees Trump, Biden and Sanders united in the same drive for power. That drive unites more strongly than anything else – including ideology and money. And I’ll be celebrating how women who lead get things done, and get things done despite white male privilege.

But most importantly, I’ll be celebrating the girls who I hope will see the day when it is normal for women to run for the presidency – and is normal for them to win.

This article was originally published by PoliticusUSA.

Sisters in STEM — Challenges and Triumphs