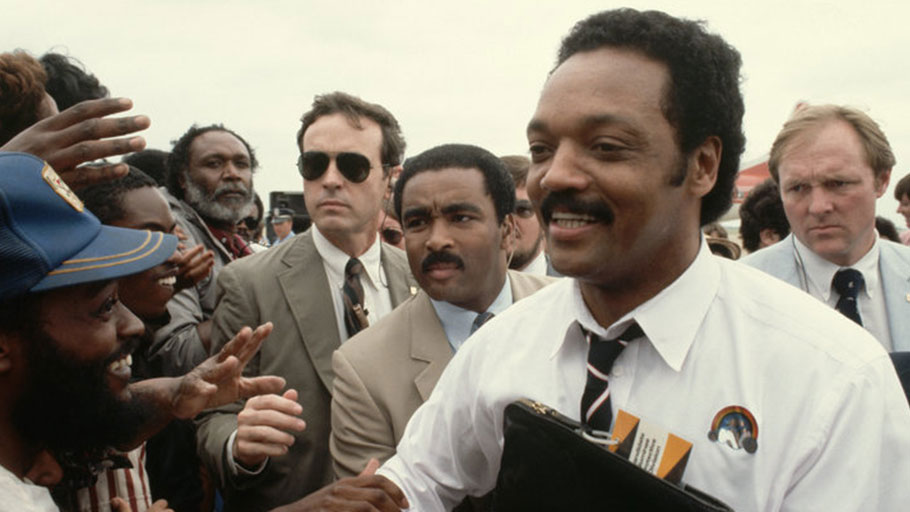 Jesse Jackson Is The Most Important Figure In U.S. Political History

You Are Here: Home » Blog » Commentaries/Opinions » Jesse Jackson Is The Most Important Figure In U.S. Political History

The civil rights icon has revealed a lot to us and about us.

When the Rev. Jesse Jackson announced in November that he’d been diagnosed with Parkinson’s disease, he was not spared by the ruthless news cycle.

Jackson’s name scrolled along bright red tickers for only the brief, intermittent moments between chaos. His announcement was largely crowded out by news of the GOP tax bill and sexual assault allegations against Democratic Sen. Al Franken. As his revelation traveled across the Web, unfounded rumors of his imminent death caused a brief reflection on what Jackson meant to his nation.

But Jackson’s legacy is worthy of deeper scrutiny — albeit a scrutiny spurred by his ill condition — particularly as the United States feels the tremors from waves he helped create.

Race is the most potent force in American politics, and no one has navigated it and manipulated it for longer, and with greater stature, than the Rev. Jesse Jackson. His complicated history reveals one whose influence is perhaps further reaching and more implicative of our nation than any other since its beginnings.

Barack Obama’s presidency unveiled a flood of overt racism that has, to date, imperiled the United States domestically and exposed the nation abroad. And to credit Obama for this is also to credit Jackson for providing Obama with a methodology for political success, thus influencing the arc of our national history in incomparable ways. 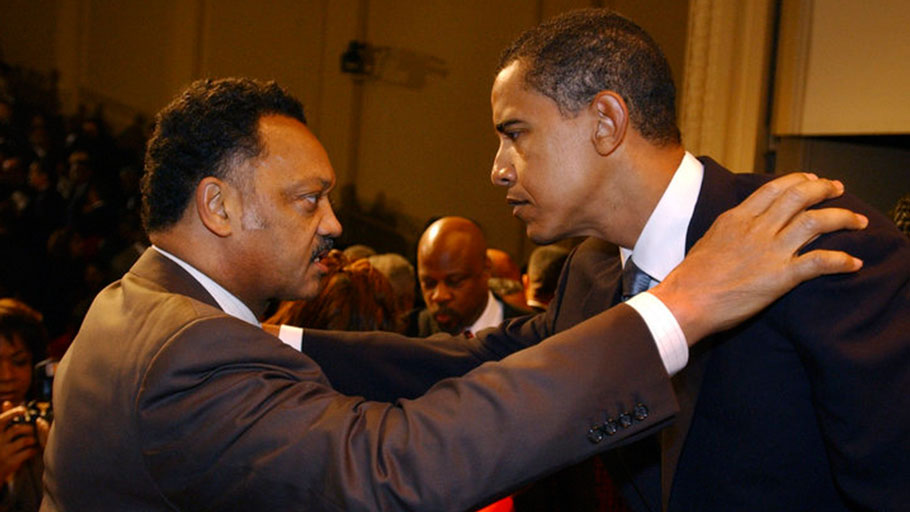 In the 1970s, Jackson emerged as the civil rights movement’s foremost vestige. He’d outlived or outgrown his cadre of activist contemporaries from the late-1960s — the Rev. Martin Luther King Jr. among them — and spent a significant portion of the decade compiling a portfolio of global activist work.

By the 1984 Democratic primaries, Jackson had reified himself in American culture as a thought leader on civil rights, to the dismay of some who’d accused him of carpetbagging for years, and any study of Jackson’s political significance requires noting the privileges afforded him. A concoction of racism and sexism had, up to then, inhibited Americans from allowing black women to ascend similarly in politics, even though a Shirley Chisholm or Barbara Jordan may have been more qualified.

Nonetheless, Jackson consolidated enough heft among Southern blacks and disillusioned whites to win contests in Louisiana, Mississippi and South Carolina during his 1984 bid.

His soaring speech at the 1984 Democratic National Convention conceded victory to his opponents, but it provided a framework for Democratic politics that still holds.

“Our flag is red, white and blue, but our nation is a rainbow ― red, yellow, brown, black and white,” Jackson said, “and we’re all precious in God’s sight.”

Jackson concluded his speech by professing, “Our time has come. Suffering breeds character. Character breeds faith. In the end, faith will not disappoint.”

Twenty years later, these broad appeals to human goodness would characterize Obama’s foray into national politics and ultimately identify the Democratic Party as a whole.

At their heights, Jackson and Obama mastered such sermons to white Americans about their greater selves. Disregarding the validity of these arguments, the political expediency in them is clear: Historically, politicians have stood a greater chance at coalescing white voters by assuring them of their good faith, not by citing injustices that favor them.

This strategy proved fruitful for Jackson in the 1988 election cycle. Jackson tripled his share of white voters from 1984 to 1988, improved upon his support in the South and captured victories in 13 contests, including Michigan. His failed-but-competitive candidacy modeled a path forward for Democrats, who, as today, sought to encircle rural white voters in the electorate when it seemed they’d secured the black vote reliably.

Obama praised Jackson during his 2008 candidacy, saying he “set a precedent for African Americans running for the highest office in the land.” 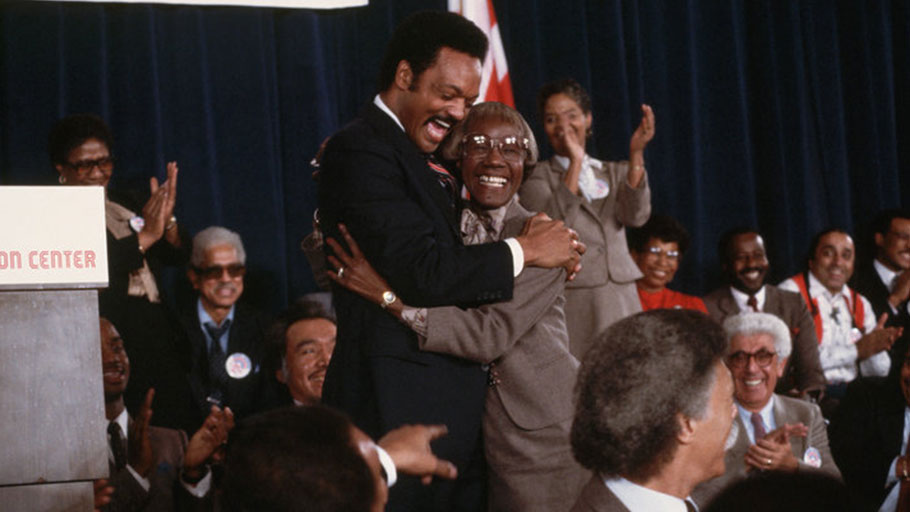 In his absence, it becomes easier to interpret Obama’s presidency as a denouement in the American experiment. The semblance of order and rightness during Obama’s reign has been followed by overt racist fragility, lawlessness and grift, and studies link these shifts to a national recoil to the first black president and his accompanying implications.

A majority of white Americans now believe whites face racial discrimination in the U.S., with a near-majority of Trump voters believing whites face more discrimination than any other group. And ahead of the 2016 election, polling found that 72 percent of registered Republicans expressed doubt about Obama’s citizenship.

Tracing this all back, it was Jackson’s 1984 and 1988 presidential campaigns that provided Obama with a blueprint for electoral success. 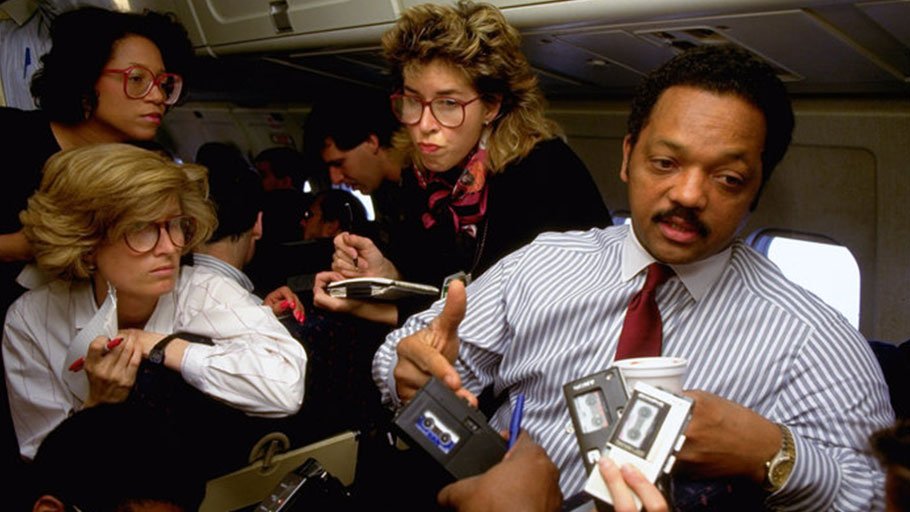 The Rev. Jesse Jackson speaks with reporters aboard a plane during a 1988 campaign stop in Ohio. Photo — Diana Walker, Getty Images

American media has frequently portrayed Jesse Jackson as a cabal leader whose sycophants — 40 million-plus blacks in the U.S. — animate at his whim.

In a 2013 segment, for example, Fox News host Tucker Carlson confessed that he didn’t “know how [he felt] about George Zimmerman,” who fatally shot 17-year old Trayvon Martin in Florida, but that he was “positive that people like Jesse Jackson and Al Sharpton do not deserve to be called civil rights leaders,” after he accused them of inflaming racial tension.

His is a name which riddles racist message boards and comment threads.

This assignment of messianic stature has always caricatured Jackson in many ways.

But the enduring question concerning him, lobbed earnestly from his good-faith dissenters and cynically from those opposed to his anti-racist activism, concerns whether or when his willingness to engage for the sake of political access is driven by self-interest.

When, as president, Clinton endorsed the 1994 crime bill, Jackson professed black voters would be best served by not granting their power “without merit” to Democrats in the South.

When Clinton signed a 1995 law to retain disparate sentences for crack and powder cocaine, Jackson deemed it a “moral disgrace” and suggested Clinton sacrificed “young black youth for white fear.”

But in 1996, when it came time to endorse Clinton, Jackson did so on the stage of the Democratic National Convention.

It is reasonable to attribute these decisions to pragmatism — to deem them the begrudged acts of a conflicted man. But when juxtaposed against Jackson’s more recent history, the result is a Rorschach test: He means something to everyone, and that something varies greatly from person to person. 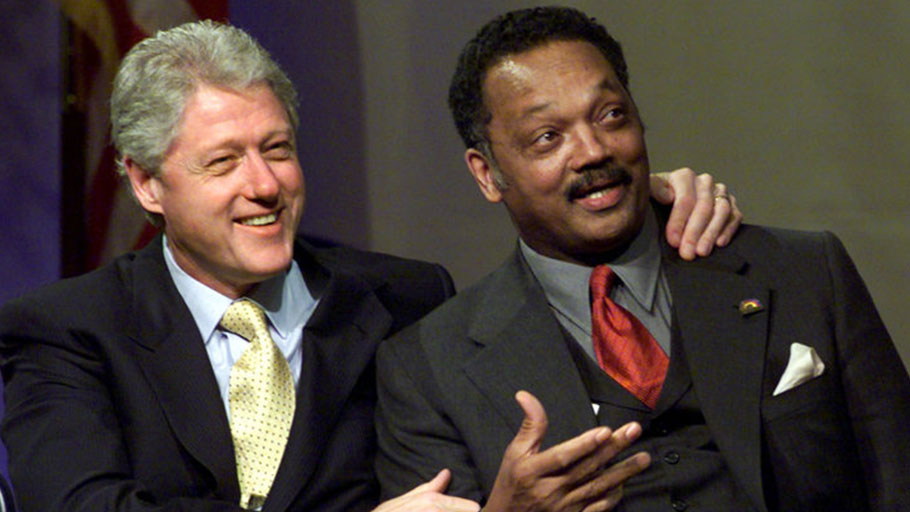 Jackson’s wavering politics on matters of abortion and end-of-life rights soured many, and news of his extramarital affair in 2001 disappointed those who expected more of their civil rights icons.

His initial reticence to support Obama, and his later comments condemning Obama and calling for his castration, cleaved his support among blacks and ostracized those already skeptical of his motives.

And presently, in a rapidly changing activist environment guided by a vast, non-centralized network of teens and twenty- and thirtysomethings, Jackson has seen his esteem wane among some who, at once, may be unfamiliar with his bona fides but also wish to depart from his style of leadership.

Further, Jackson is a black man who, uniquely, saw his name establish enough clout to garner political favor for his family, and he eventually saw that favor ensnare his family in scandal.

But he is also one who exposed the truth about American activism: that it is inherently desperate work. One is driven to act only in response to some sort of outside, unbearable pressure. And the urgency with which those enduring this pressure seek to alleviate it — either for themselves or their community — can beget strange bedfellows, because the underlying objectification in allyship is clear: In a white male-driven society, accessing the levers of power often requires partnering with, and using, those who deem your cause unworthy.

Jesse Jackson has played that game. And his doing so has shaped our world for the foreseeable future.