Joe Biden’s Campaign Is Making It Very Clear: They Will Push Austerity in the White House

You Are Here: Home » Commentaries/Opinions » Joe Biden’s Campaign Is Making It Very Clear: They Will Push Austerity in the White House 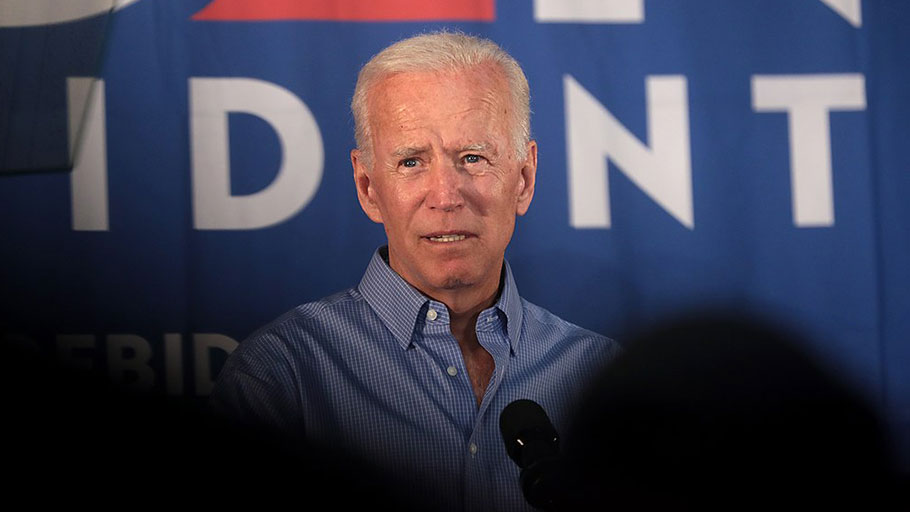 Almost no one noticed it, but earlier this month, a top Joe Biden advisor indicated that the entire agenda Biden is campaigning on won’t be pursued once he’s in the White House. Instead, Biden’s inner circle appears wedded to the ideology of austerity.

he Democratic convention has sucked up all the political oxygen in America — so much so, that most people missed Team Biden signaling that it may back off the entire agenda it is campaigning on. This monumental declaration went almost completely unnoticed for an entire day — which is a genuinely disturbing commentary on how the biggest of big political news gets routinely ignored.

To review the situation: earlier this month, Bloomberg News reported that Biden’s “campaign rolled out a $3.5 trillion economic program over the past month” — one that “promises to invest in clean energy and caregiving, buy more made-in-America goods, and start narrowing the country’s racial wealth gaps.” This, said the news service, was proof that Biden no longer adhered to an ideology of austerity and deficit hawkery — which would be good news.

But then on the eve of Biden’s convention speech, the Democratic nominee’s top aide suggested to Washington reporters that, in fact, that’s not true. Here’s the key excerpt:

Former Delaware Sen. Ted Kaufman, a Biden confidant who succeeded him in the Senate, predicted during a Wall Street Journal Newsmakers Live interview Tuesday that a large increase in federal spending would be difficult to achieve in 2021.

“When we get in, the pantry is going to be bare,” said Mr. Kaufman, who is leading Mr. Biden’s transition team. “When you see what Trump’s done to the deficit…forget about Covid-19, all the deficits that he built with the incredible tax cuts. So we’re going to be limited.”

Economist Dean Baker goes over exactly how destructive and insane this ideology is. As he says: “The idea that we would not address pressing needs, like climate change, child care, and health care because we are concerned about the debt burden is close to crazy. As long as the economy is not near its capacity, there is zero reason not to spend to address these priorities.” I encourage you to read his piece.

What I find particularly troubling is that Kaufman’s quote made it into the Wall Street Journal yesterday. The newspaper tweeted it out early in the morning. It sat out there for almost twenty-four hours — an eternity in the current news ecosystem. And yet, as far as I can tell, nobody noticed. Hell, the Journal’s tweet had all of one retweets on it as of this morning.

I snipped Kaufman’s quote and tweeted it out at 1 AM last night when I first saw it — and thankfully, my tweet pushing it out there has now belatedly moved it around into the political bloodstream. Lots of people are tweeting about it and commenting on it all this morning.

That’s good — I guess I’m glad my Twitter feed has at least some minor value. However, the fact that this wasn’t huge news the moment it came out is troubling.

This monumental declaration was in a major newspaper — it should have set off immediate alarm bells from all the think tanks, unions, and advocacy groups in Washington whose job is to make sure that this kind of destructive austerity ideology does not once again take hold in the Democratic Party. There should have been press releases, and statements of outrage and congresspeople on TV talking about it.

But for an entire day, there was nothing, until it was shamed into the conversation.

This is not the first time there’s been silence on stuff like this — less than a month ago Biden explicitly promised his Wall Street donors that despite his public campaign promises, he will not be pushing new legislation to change corporate behavior. That happened and it basically went unreported, except for right here at Too Much Information (this is the kind of reporting you are supporting when you become a subscriber of TMI).

What all of this says to me is that party officials have successfully distracted everyone, or the left coalition in Washington is committed to repeating 2009: keeping quiet and deferring to a new Democratic president no matter what he does. Indeed, it seems that so many political leaders, operatives, pundits, and party try-hards are so busy cheering and angling for their next White House gig, that deference is now the overarching ideology.

This does not augur well for the future.

On a personal level, I don’t particularly enjoy the experience of TMI being one of the very few news outlets that has the guts to report inconvenient facts about Biden. It’s not a pleasant experience — you get crapped on all day, everyday (and I so appreciate our supporting subscribers pitching in to help us do this work).

But dammit, some people have to do it or there’s going to be a disaster. Biden stomping on his own campaign pledges and loading up the Democratic convention with GOP icons threatens to deflate voter enthusiasm — raising the possibility that Trump gets reelected or we see something even worse in the future.

I’ve said it before and I’ll say it again: if Democrats win this election and 2020 is a repeat of 2009, then 2024 is going to be a repeat of 2016, only with a much smarter version of Trump winning the presidency.

Deferring to the Democratic establishment — sitting quietly when the destructive ideology of austerity is now renormalized — is intolerable.

The alarms need to be sounded now.

Deference is not acceptable.

David Sirota is editor-at-large at Jacobin. He edits the Too Much Information newsletter and previously served as a senior adviser and speechwriter on Bernie Sanders’s 2020 presidential campaign.

Pharrell Williams: America’s Past and Present Are Racist. We Deserve a Black Future

Pharrell Williams: America’s Past and Present Are Racist. We Deserve a Black Future
We Need Your Support — Donate, Share, Sign-Up Ways to Support