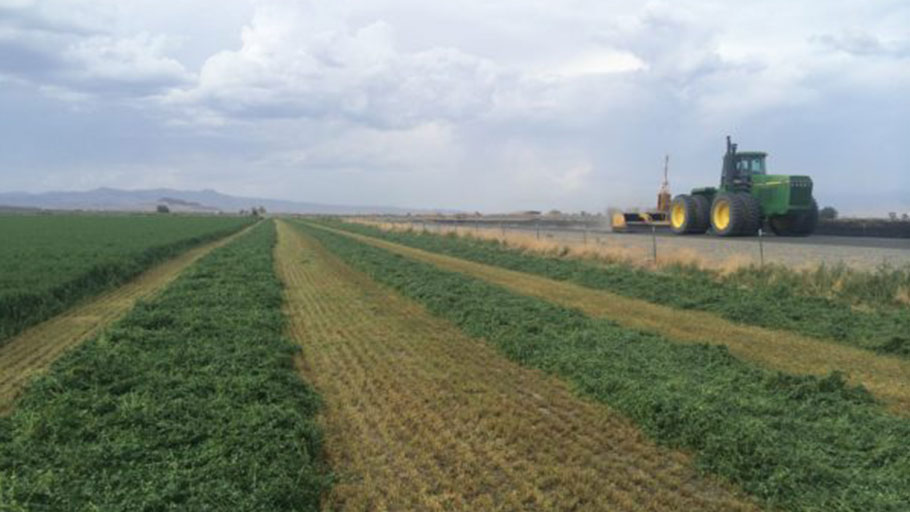 You Are Here: Home » Blog » Commentaries/Opinions » Land owned by USA Black people was plundered for decades — this law can thwart more losses

By Timothy Robustelli and Andrew Hagopian —

On Wednesday the USDA will hold a listening session to seek public input on the issue of heirs property, the leading cause of black land loss in the U.S. According to one estimate, 98 percent of black agricultural landowners were dispossessed during the 20th century, and heirs property owners continue to be subject to a number of practices that threaten their land tenure and property rights.

Heirs property is estimated to make up more than 1/3 of Southern black-owned land. It is a form of property ownership through which land is passed down without a will to descendants of the original owner.
Over many generations, hundreds of descendants can come to inherit a share of the property, even if they have never resided on the land or paid property taxes. Each of the heirs also benefits from being able to exercise a complement of property rights, including the right of disposition (or sale).

What does all of this mean?

For families who have lived on the same land for generations, the economic, social and familial consequences of heirs property ownership can be devastating. Because heirs do not own any particular part of a heirs property parcel, but instead own a fractional interest in the undivided whole, courts generally force the sale of the entire parcel when one co-owner wishes to sell his or her share in the land.

Developers have exploited these partition sales to identify heirs who are willing to accept a nominal sum for their interest in the property, forcing those who reside on the land to accept a buy-out that is well below market value.
This practice is a major barrier to realizing the wealth-generating potential of property ownership. It also destabilizes communities. Partition sales can result in the separation of multigenerational families and sever the historical and sentimental ties that families have toward the land.

This is not a new phenomenon. Some of the informal land transfers that resulted in the creation of heirs property date to the end of slavery. Black Americans lacked access to the legal system and were denied the opportunity to draft wills and to secure title to their property for future generations.

Today, wealth disparities and other factors lead to significantly lower rates of estate planning among people of color, increasing the likelihood that their property will be informally transferred, and perpetuating the cycle of insecurity. According to a recent ProPublica investigation into heirs property, 76 percent of African Americans do not have a will, more than twice the percentage of white Americans.

Despite these challenges, reform is underway both at the state and federal levels.

Thirteen states and the U.S. Virgin Islands have enacted a law that provides greater protections to heirs property owners. The Uniform Partition of Heirs Property Act (UPHPA) ensures that all co-owners of a property benefit from due process when another co-owner wishes to sell. It requires courts to consider a number of factors before partitioning the property, including heirs’ historical and sentimental attachment to the land.

This law has gained traction. In 2019, an additional nine states and the District of Columbia introduced the bill.
At the federal level, the 2018 farm bill contains provisions that extend access to USDA resources for heirs property owners. Prior to the passage of the farm bill, farm numbers, which are required in order to benefit from a host of federal aid programs, were only allocated to those who could show a clear title to their land. Now, farmers and ranchers who operate on heirs property can obtain a farm number by demonstrating their right to the land in other ways, such as by providing tax returns or self-certification documents.

Both the UPHPA and the farm bill provide more security for heirs property owners and help to strengthen communities across the country. And yet, despite this legal reform, much more can be done. Several states where the problem is among the most acute have not adopted the UPHPA.

The bill was introduced this year in Mississippi and Virginia, but it died in committee. In Kansas, where the bill is currently being debated, and in Florida, which has yet to take up the bill, lawyers have decried the UPHPA as “a solution in search of a problem.”

An attorney for the mineral industry in Kansas claims that adoption of the UPHPA will hinder oil and gas exploration there. While it is each state’s prerogative to adopt the bill or not, it is incumbent that state lawmakers take measures to protect heirs property owners from those who wish to exploit them and profit from their land.

Attempts to exploit the insecurity and vulnerability of heirs property owners fit into a broader historical pattern. From Reconstruction through the Jim Crow era and into the twenty-first century, black Americans have been subject to a number of exploitative and discriminatory practices that have jeopardized their land tenure and property rights.

These include sharecropping, debt peonage, redlining, discriminatory lending and contract for deeds. Some of these practices persist and all of them have negatively impacted the ability of black Americans to own property, to remain secure in the property they acquire and to benefit from the wealth-generating potential that comes with property ownership.

Wider adoption of the UPHPA, or alternatively, investment in land trusts and other types of co-ownership arrangements, are critical first steps to ensuring prosperity and security for heirs property owners. Heirs property is just one of a number of systemic obstacles that Black Americans face in building secure livelihoods. But the right to property is key to allowing individuals and families to build wealth for future generations and fundamental to the stability of American communities.