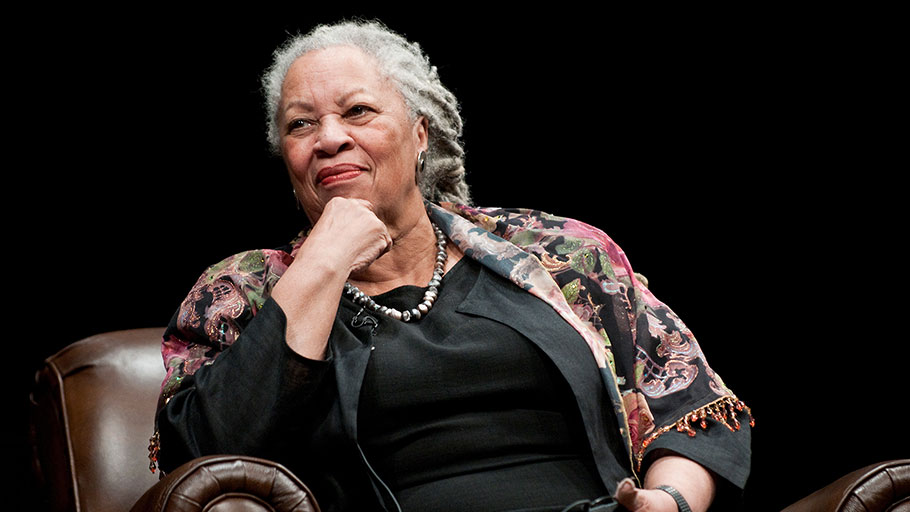 Toni Morrison Made Words Burn and Cry: Marlon James on His Biggest Hero

You Are Here: Home » Blog » Commentaries/Opinions » Toni Morrison Made Words Burn and Cry: Marlon James on His Biggest Hero

I don’t remember much else about the day I finished Song of Solomon. The Trinidadian novelist Elizabeth Nunez mentioned her in a manuscript-saving mission—mine being the script needing saving—because I didn’t have a clue about women. Nunez said so, and she was right of course, not just about my clueness-ness, but also that this clueness-ness stemmed from a problem universal among male writers: not reading women. I remembered getting defensive, reeling off my list of female blood relations, and totally missing the point. There are lessons in writing that no teacher can teach you. Lessons you learn only through reading. The “what you know” that you’re supposed to write about. That trick where you make readers believe people doing the unbelievable. She insisted I read Toni Morrison.

The day I finished Song of Solomon, it was late in the evening, but the sun was still baking Kingston, and I was out on the balcony. If you’ve read Song of Solomon, as I did, landing like a pinball between words as they bounced you, shot you up into the sky, spun you around, and tilted you into dark territory, then you would know why finishing this book while out on a balcony was a terrible idea. Song of Solomon had so sold me on its fantastical conclusion that I almost jumped off, convinced I would fly.

Years later at a ceremony for an award I did not win, I went home distraught, not because I wanted to win, but because I had heard Toni Morrison was going to receive a lifetime achievement award and I had subverted my acceptance speech into a tribute to her. I wanted to tell her that Song of Solomon taught me how to write: close to the bone, trusting the inner voice (no small feat after colonialism and a dozen other -isms had forced it into silence), listening to people, yet shooting for everything you thought you knew but did not. And to write with both deep skepticism and wide-eyed wonder. And to not write a single word until you heard the music in it first, because Toni Morrison made words burn and cry, but also dance. And to love every single creature into existence, especially the terrible ones.

I want to tell her that Sula taught me how to live, and did so with just three words. Show? to who? In the novel, the still living Nel had just asked the dying Sula what she had to show for all this fearless, high-cost living that she was so annoyingly proud of. I remember jumping into the story at that point as well, moving from reader to eavesdropper because I had reached the end of myself and I too wanted an answer. But Sula said, show? To who? and until then I had no idea that I mattered. It never occurred to me that I was worth anything, and that the only person qualified to judge that worth was my own damn self. That there was no who, to show to.

I could talk about the universal influence of her work, and how she invented the words that writers like me now use with ease. I could mention that Toni Morrison invented a whole new way of thinking, seeking no other gaze but one’s own. I could mention that she made me roll the word “sugar” around in my mouth for days, hungry to say it with the matter of fact sexiness of Sula’s Hannah. But I can’t think of anything else but how my heart is sick that my biggest hero in life I will never meet.