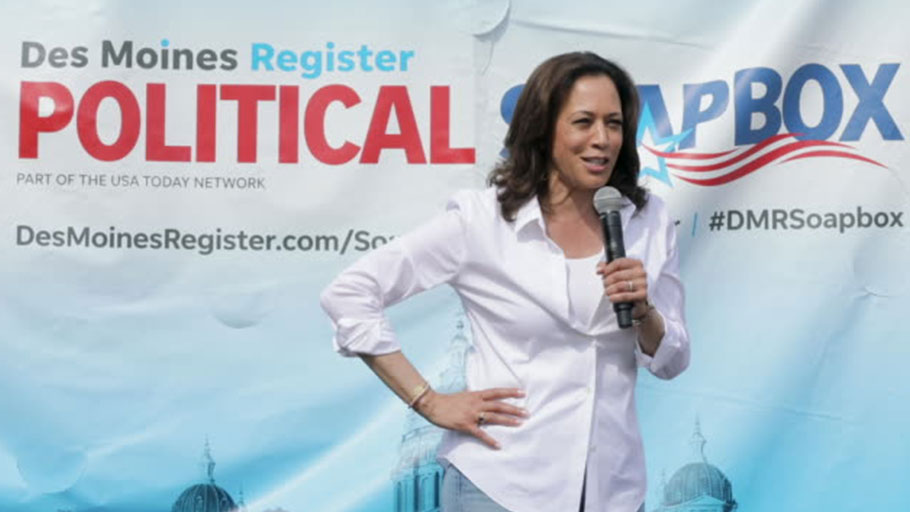 Kamala Harris on reparations for slavery: ‘It can’t just be, ‘Hey … write some checks’

You Are Here: Home » Blog » Reparations » Kamala Harris on reparations for slavery: ‘It can’t just be, ‘Hey … write some checks’

U.S. Sen. Kamala Harris says she supports studying reparations, but she’s not sure what any resultant program would look like.

The senator from California and Democratic presidential hopeful said Sunday during a Des Moines Register editorial board meeting that the idea, which would grant compensation to individuals impacted by slavery and racial discrimination, is complex and deserves to be examined carefully.

“This stuff needs to be studied,” she said. “Because America needs a history lesson, to be honest about it, and we need to study it in a way that we are having a very comprehensive and fact-based conversation about policies and the connection between those policies and harm if we’re going to have a productive conversation. It can’t just be, ‘Hey … write some checks.’

“If we’re talking about writing a check, I don’t think it is that simple,” she said. “And frankly, I don’t support an idea or a notion that after all this, we’re going to say, ‘Okay, I’m going to write you a check, and then be quiet.’ Because that won’t solve the problem, which is the systemic issues that are present and will continue to exist, whether or not you write a check. So I’m just saying it’s just not that simple. And I don’t buy into an argument that it is.”

Harris is in Iowa for a five-day bus tour through the state that concludes Monday in Davenport. She visited the Des Moines Register Political Soapbox on Saturday, where she talked about her policy to address gun violence.

During her trip across the state, Harris has highlighted policies that include a tax cut for middle-class families and a “Medicare for All” plan that includes a 10-year transition period. Among her policies is a proposal to invest in federal grants that help potential homeowners who live in historically red-lined communities.