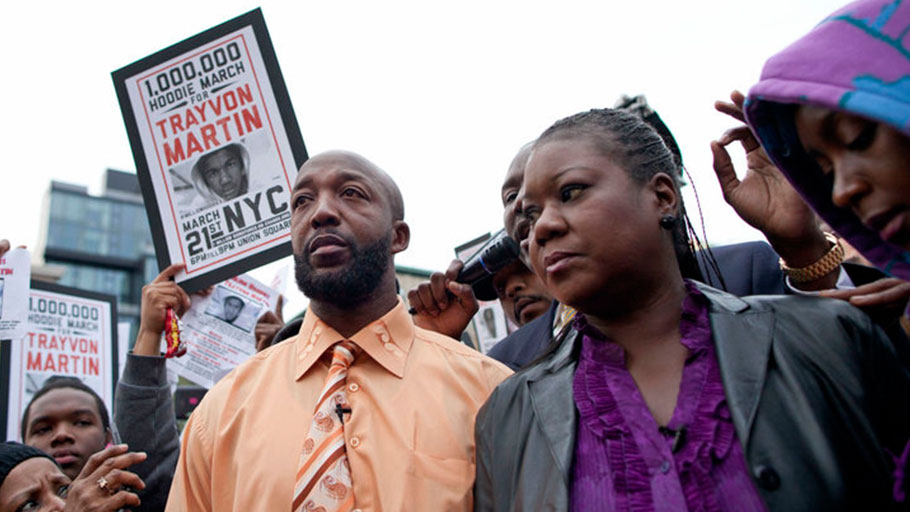 Any March For Our Lives Must Include Kids Like Trayvon Martin

You Are Here: Home » Blog » Commentaries/Opinions » Any March For Our Lives Must Include Kids Like Trayvon Martin

Trayvon Martin would have turned 23 last month. He was a black boy who, like many black children, did not get to realize his dream of living a prosperous and healthy life. The same can be said for Stephon Clark, a 22-year-old black man killed in his own backyard Sunday after police say they mistook a cell phone in his hand for a tool bar.

Six years ago, we flooded the streets of New York City to bring attention to Trayvon’s story and the fact that his killer, George Zimmerman, was still walking free. As young people across the country prepare to mobilize for the national March for Our Lives, the Million Hoodies Movement for Justice is drawing the connection between police brutality and gun violence, especially in black communities.

Founded on March 19, 2012, in response to mainstream media’s failure to adequately report on the events leading to Trayvon’s death, Million Hoodies has been working to separate gun violence prevention from mass criminalization of our communities.

We teamed up with leaders at Occupy the Hood to organize the Million Hoodies March in New York City on March 21, 2012, which ignited sister marches around the world. We helped galvanize global support for a Change.org petition that Howard University students created to call for Zimmerman to be arrested, which he was. We used the power of narrative building, grassroots mobilization and technology to embolden a new generation of youth activism.

Million Hoodies has evolved into a vibrant home for youth activist of color, from Bard College in Dutchess County, New York, to Sarasota, Florida, to Riverside, California. We are building local infrastructures that go beyond a march or the ballot box, with a belief that young people of color are the architects of social change. 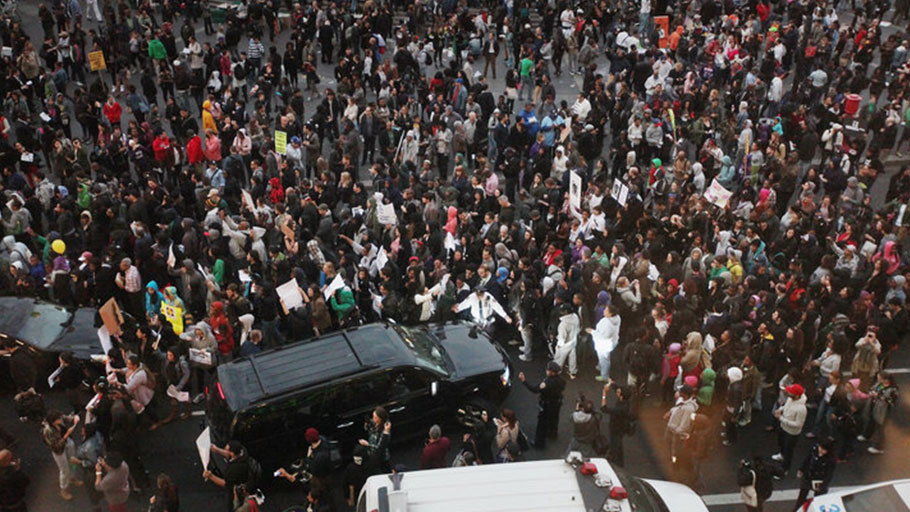 Supporters of Trayvon Martin in during the Million Hoodie March in New York City on March 21, 2012. Mario Tama via Getty Images

Safety will require community organizing and power building. Safety will require models of restorative justice and community-based solutions. Black communities have been victims of police and racist vigilante violence, economic deprivation, incarceration and political isolation. They require a direct reinvestment of local resources into a social safety net ― including jobs, housing and transportation ― in order to keep our communities safe.

Safety is about more than crime and punishment ― safety is when people are paid living wages, have rights at work, have sustainable jobs and have the right to receive shelter. As the Trump administration targets Muslim and black dissidents, and threatens undocumented immigrants with mass deportation, we believe we need to convey a more expansive vision about safety and justice that reflects the lived experiences of communities that have been historically disinvested in.

Our Freedom Cities movement makes the case for communities to be centers of innovation, creating safety beyond policing. This means community control of local institutions that affect their lives, workers’ rights, community defense against deportation and criminalization, and divestment from militarization of police and other practices that oppress our people. We want to ensure that the sanctuary movement is reflective of the needs of all of our communities, including immigrants, women and LGBTQ people.

If we think about what actually makes us feel safe, it is not SWAT teams and excessive police presence in our schools and our streets.

Activists rallied in 2012 demanding an answer to one fundamental question: Who has the right to be safe and to feel safe in this country? We are excited to see new energy in our movement from young people in Florida and all over the country seeking reduce gun violence after the Parkland shooting. This Saturday, people will take to the streets of Washington, D.C., and other cities around the country to demand that their safety becomes a priority and lawmakers move to prevent more mass shootings.

We hope this builds momentum for real solidarity with movements that have been demanding effective solutions to gun violence and working to empower communities devastated by everyday violence and criminalization, such as Million Hoodies, the Dream Defenders, Life Camp and the Community Justice Reform Coalition.

If we think about what actually makes us feel safe, it is not SWAT teams and excessive police presence in our schools and our streets. Safety looks more like organized and empowered citizens with a supportive social safety net. We need stronger, healthier neighborhoods ― not more prisons and detention centers. In a moment where many people are experiencing despair, isolation and fear, it’s up to us to shift the power from harmful institutions to our communities.

Dante Barry is co-founder and executive director of Million Hoodies Movement for Justice.