Our Diversity Is Truly America’s Strength, but Hateful Violence Is America’s Weakness

You Are Here: Home » Blog » Commentaries/Opinions » Our Diversity Is Truly America’s Strength, but Hateful Violence Is America’s Weakness 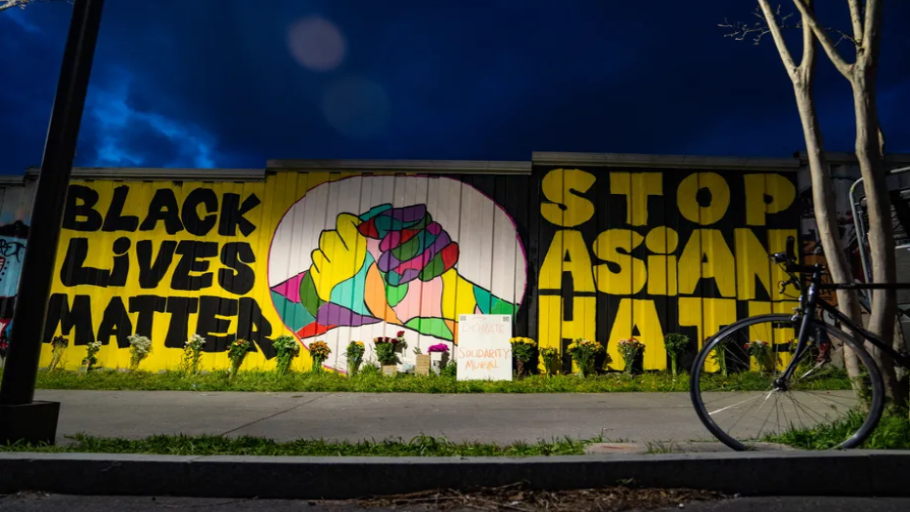 The pandemic and the poisonous rhetoric of Donald Trump have exposed once more the hard work that must be done to bring together an inclusive society.

Last week’s murder of eight people in North Georgia, six of them Asian American women, has brought national attention to the increasing violence and hatred suffered by Asian Americans in this country, and to the continuing reality of violence against women.

Hate crimes against Asian Americans were up a staggering 150% in 2020, with Asian American women twice as likely to be victimized as men. Those targeted are of all ages and all different Asian nationalities. The violent attacks are often simply random, as when Xiao Zhen Xie, a 76-year-old grandmother in San Francisco, was punched in the face by a stranger. Children have been bullied and insulted. Asian-owned businesses have been vandalized; homes smeared with hateful graffiti.

The immediate cause of the increasing violence can be traced back to Donald Trump labeling the COVID-19 pandemic the “Kung Flu” and blaming the Chinese for its spread. Trump’s taunts focused the anger of frightened people on Asian Americans, despite the fact that Asian Americans — often front-line essential workers — were disproportionately hit by the disease. This comes on top of the resentment fueled by the loss of good jobs in America, as rapacious multinationals and foolish policymakers conspired to cripple manufacturing.

The recent outbreak of race crimes directed at Asian Americans is the most recent chapter of a long, dismal history in this country, dating back to when Chinese workers were first imported in the 1850s to do dangerous, low-wage jobs in mining and railroad construction. Employers suppressed their wages, stripped them of their rights and stomped out any effort to organize. Immediately, fears that the “Chinese were taking American jobs” spread wildly.

Just as with African Americans, Asian Americans were victimized repeatedly by vigilante violence and official injustice. In 1854, the California Supreme Court in People v. Hall ruled that Asians could not testify against a white person. Hall, who had murdered a Chinese immigrant, walked away without penalty.

In 1871, in Los Angeles, a vengeful mob lynched 17 Chinese men. No one was ever punished. In 1882, the U.S. Congress passed the Chinese Exclusion Act, a ban on Chinese immigration that was extended for 60 years. In World War II, Japanese Americans were interned in what were essentially concentration camps, a brazen violation of their rights that the Supreme Court, to its shame, ratified. More recently, when refugees from Vietnam began to work in shrimping off the coast of Texas, the local Ku Klux Klan, garbed in their regalia, set their boats on fire. After 9/11, violence against South Asians soared.

In reality, the 20 million Asian Americans in the United States are very diverse, coming from 20 countries with different languages, religions and races. The largest numbers come from China, India and the Philippines. Collectively, they are the fastest growing minority in the United States.

On average, they are remarkably successful. Their median annual wage is higher than that of all Americans. They are less likely to live in poverty. Over half of those older than 25 have a college degree or more, compared with 30% of all Americans. Seven in 10 who are 5 or older speak English proficiently.

Yet, despite this success, they suffer from systemic racism and face a growing threat of violence. Now is the time to confront this plague. The murders in North Georgia have sparked vigils across the country. Civil rights organizations, African American and Latino groups have rallied in solidarity. The mainstream media has finally put a spotlight on the rise of anti-Asian hate crimes. The Asian American Leaders Table has called on the federal government to ensure robust enforcement of civil rights laws, and to prioritize violence prevention and restorative justice.

Strikingly, they understand that all communities of color struggle in the face of racism and hate crimes. They call on Congress to invest in communities at risk, building for all Americans basic economic rights that include jobs, housing, health care and education. The founding vision of the Rainbow Coalition was the inclusive society. We realized when you combine all the marginalized people who suffer from discrimination — African Americans, Latinos, Asian Americans, members of the LGBTQ communities, undocumented immigrants, the disabled and more — we represent the majority of America. And when workers come together across lines of race and religion, they can change the world.

The pandemic and the poisonous rhetoric of Donald Trump have exposed once more the hard work that must be done to bring together an inclusive society. Our diversity is truly America’s strength, and the hateful reaction to it America’s weakness. The rising violence against Asian Americans, the Black Lives Matter marches against police brutality, the tragic epidemic of deaths of despair plaguing displaced working people, the increasing anger at immigrants require all of us to come together, across lines of race and religion and region, to protect one another and to unite in the call for equal justice. Together we can make a more perfect union.