Slavery By Another Name

You Are Here: Home » Blog » Initiative Posts » War on the “War on Drugs” Posts » Slavery By Another Name 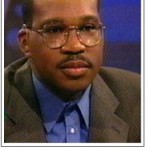 Last night’s compelling PBS documentary Slavery by Another Name is a painful reminder of the depths to which this nation invested in white supremacy. The story of how Blacks in post-Civil War America were cast into corporate slavery and exploited by the “rule of law” to enrich economic elites and provide poor whites the comfort of relative advantage by race should widen the public’s understanding of racial disparities that are evident today. This nation has been in denial since its founding and has advanced a historical narrative that is not truthful and purposely deceitful. It has also been destructive to the fulfillment of the democratic ideals so eloquently framed in our iconic founding documents but unfulfilled in practice.

Being shown in Black History Month the documentary challenges the sanitized and watered down mythology that passes as American history in our public schools and on the pages of politically prescribed textbooks. We are an anti-history nation that conveniently deletes facts at will to serve a grander goal of perpetuating the myth of Black inferiority. “History” has become the weapon of choice in fabricating a tale of Black subservience, immorality, criminality, docility and intellectual weakness. It is this lie that has been embedded in the American conscience and now serves as the defining typology of people of African descent in the United States and abroad.

There is a practical dimension of this great piece of scholarship. While anti-historical forces, on the right and left, have repeatedly mocked the suggestion of reparations for African Americans; this documentary is further evidence of the economic harm done to Blacks in this country by a system supported by law. Directly countering naysayers who insist that the time elapsed since slavery is too distant (and it is not) for Blacks to claim injury, Slavery by Another Name makes clear that there is real evidence of a class of African-American descendants who can. There are Black families, beyond those depicted in this documentary, who have legitimate grievances and can provide for an accounting of how the treatment of their forbearers had an economic impact upon descending generations. Justice is not an apology; it is the full repair for injuries caused by wrongs committed. For too long Black Americans have accepted justice on the cheap; it is time we follow Dr. King’s admonition and challenge this nation to honor its promissory note.

For all the celebration of American “execeptionalism,” the hard truth is that this nation has been exceptionally cruel, exploitive and hateful toward African-Americans. Our “progress” is only meaningful in the context of our starting point – slavery – and our immense capacity to endure suffering and hardships. We are still in “history” for that matter. As the documentary described vagrancy laws which subject any Black to arrest, imprisonment and forced labor in the 19th century, my thoughts were of police “stop and frisk” practices targeting young Black men. The criminalization of Blackness persists to this day and we see it in criminal justice policy that aids the warehousing of Black men in correctional facilities, who then become property and laborers of the state. Moreover, the privatization of prisons now makes Black men commodities and easy prey for a system that needs bodies to drive the bottom line.

Seeing a program such as Slavery by Another Name is unsettling and jolts one’s sensibilities. It also brings you back to a place of outrage and disgust. As thousands of schools gloss over the truth and engage in “feel good” Black History children are being misled, and white children in particular, are left with the impression that there is little value that African-Americans have added to our nation. Nothing can be further than the truth. America became an economic power on the back of forced, free and exploited Black labor and while Blacks provided the human capital we were treated inhumanely; no better than animals. Every effort was made to permanently enslave African-Americans and use us as an almost drone class of slave labor. For those in denial of the de jure and de facto/corporate enslavement of African-Americans, and who think it unwise and unfair to go back to the Civil War, we simply need to revisit 1964 and 1965, and the passage of legislation to protect rights that supposedly had been guaranteed in the Constitution almost one hundred years earlier.

While some will quickly seek to move beyond the February truths, and breathe a sigh of relief on March 1, our responsibility is to be a constant and persistent voice of truth until our history catches up with history.

Slavery by Another Name