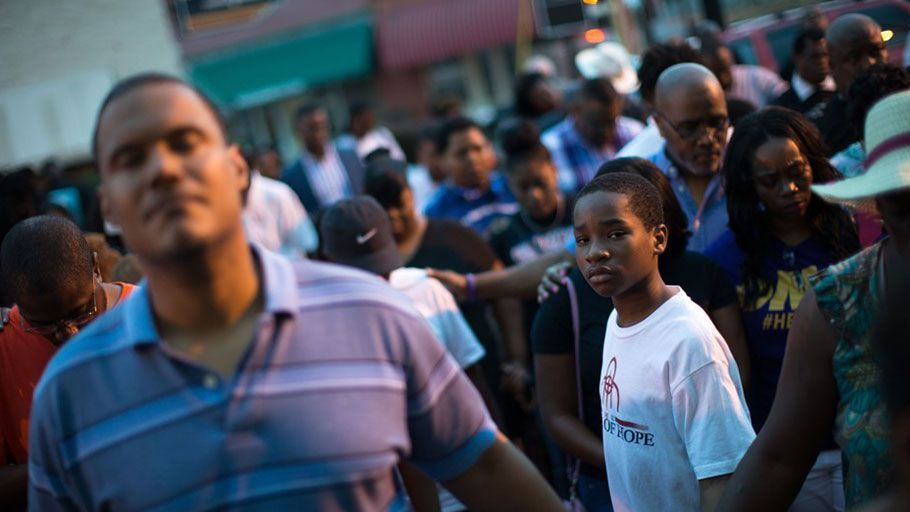 The Case for a Black Census

You Are Here: Home » Blog » Commentaries/Opinions » The Case for a Black Census

This will “give us a better sense of who black people are, where we are, and what we hope and dream for,” says Alicia Garza, the project’s creator, who helped start the Black Lives Matter movement.

The U.S. Census already undercounts people of color and low-income households. Concerns about privacy and various logistical barriers keep many of these populations from being able to participate in the national headcount. And the administration’s recent decision to add an untested question about citizenship to the 2020 Census—ostensibly to enforce voting rights—is likely to worsen that problem. According to a Brookings Institution estimate, 24 million people would likely opt out of the next decennial Census survey, spooked by the possibility that their names and addresses may be shared with the Department of Justice. (While there are rules that restrict how information gathered by the Census is shared with other agencies, for vulnerable groups the risk may seem too great.)

Against this backdrop comes the Black Census Project—a new initiative of the the Black Futures Lab, an organization founded by Alicia Garza of Black Lives Matter to harness the political power of black communities in America. Their new project seeks to start that off by compiling a detailed snapshot of black life.

CityLab caught up with Garza, and three other women involved with the project—Connie Razza, director of policy and research at Demos, Arisha Hatch, managing director of Color of Change, and Shanthony Exum, who designed the Black Census project website—for a conversation.

What’s the need for this project at this point in time?

Garza: The black census project is timely because we are moving into a series of election seasons. Black communities are changing—demographically, politically—and yet our strategies are not necessarily catching up. And so what we’ve set out to do together, as a team, is to talk to 200,000 black people across the country about our experiences, the ways that we participate politically, and also about our hopes and dreams for our future.

We will use this data to be able to inform, influence, and impact all institutions and decision-makers who are trying to figure out how to engage black people.

Can you elaborate on what you think this project will contribute to what we already know about black communities in America?

Garza: Whereas everyone now is talking a lot about the importance of black people in the political future of this country—in particular, the importance of black women—some of the institutions that are putting out that rhetoric haven’t done a project like this. [They’re not] actually listening to communities that are often left out of the conversation or taken for granted.

We feel really grateful that this project exists so that we can do more than just talk about it, but actually practice what we preach.

Razza: As a policy organization that works closely with grassroots partners, we find that often folks want to see empirical data supporting what we know. And the [black census project] is an incredible tool for providing that kind of guidance to policymakers as they’re making decisions about what to prioritize. It is vital in terms of fleshing out and moving beyond the anecdotal information in order to actually play the numbers game that other folks are playing. When [lawmakers] talk about priorities, they often use data that they’re pulling from very particular groups and often leave out and undercount black people in their numbers.

Could you situate this project in historical context?

Garza: The last time that black people were surveyed en masse, in this shape and form, was during Reconstruction. So after slavery was formally abolished in the country, the U.S. government did a wide-ranging survey of newly emancipated black people and how to best integrate former slaves into broader society. The largest survey of black people since then has been done by Pew Research Center, which had a sample size of about 2500 people. And so we think this project is long overdue, especially given the political conditions that exist in our communities and in our country.

Garza:We have two strategies to be able to reach that number of people. We are partnering with Color of Change and their partners throughout our ecosystem to make sure that the survey gets to black people far and wide. And then, we have chosen 20 states that we understand are concentrated with black communities who are often left out of conversations—including black people who are living in rural areas, who are immigrants, who identify as lesbian, gay, bisexual, transgender and gender nonconforming, who are incarcerated and formerly incarcerated. In order to get there, we are training 100 black organizers from each of those 20 states to be able to not only administer the survey, but also learn some of the nuts and bolts of the skills that we think are necessary to build independent, progressive political power among black people.

Razza: We’ve looked at that survey instrument, here at Demos. And one of the things that I think is so important about it is that it is a survey of black life, overall. What our hopes and dreams are and also, what our experiences have been—and how all of that is impacting our health, our mental health, and our perspectives on the political questions of the day. This is a very broad census, which is different from the kinds of surveys that we often often see.

Exum: From the visual perspective, we wanted to also show a range of black people in the photos that we used [on the survey website]—queer black people, black people who are live below the poverty line. We want the website to look inclusive so that all black people felt like this was a space for them.

How are you ensuring that people intending to distort the results aren’t taking the online survey?

Garza: We have done a lot of thinking about this because we anticipated that there would be some people who would try to troll the site, or take the site down, or add responses to skew results. What we’re doing is [putting in place] a number of different strategies on the backend that make sure that responses that we’re collecting are not phony. There’s a set of factors that we use to assess that. Thus far, we’ve collected almost 5000 surveys online. And of those 5000, about 3-400 are those that we think are not from black people or from folks who are trolling—they have obviously absurd answers. Although it is tricky in some ways because because we know that black communities are not a monolith and that there is going to be a range of responses to the questions we’re asking.

Hatch: How we’re trying to make this happen is through asking, for example, for Color of Change members to really be involved in making sure that their peers are answering the survey. It also highlights the importance of the offline element of the survey, where there is less capacity for trolls to move in.

Since you’re focusing on 20 states, is there a fear that you might be leaving some voices out?

Garza: No, actually. The reason that we chose the states that we did is because they have the highest concentrations of people who are often left out of the conversation.The other thing that feels really important to note is that we are also really depending on people’s commitment to the survey to get it to people who don’t typically get engaged. And so we’ve focused our partnerships on organizations and institutions that are extremely connected to voices that are often left out. We’re working with groups that work with currently incarcerated people to bring the survey into jails and prisons; we’re working with black-led immigrant rights organizations about how best to make sure that the voices of black immigrants—who are often not a part of the general debate around immigration—are front and center in these conversations.

Privacy concerns have kept people of color—immigrants in particular—from participating in U.S. Census. How are you thinking about privacy with respect to your survey?

Garza: It’s important to both draw some distinctions between the kind of regular census process and the census that we’re doing. They’re complementary but the outcomes of them are significantly different.

We are not collecting personal data or information. We are asking people about their perceptions, their experiences, and how they participate politically, but we don’t require people to even give their names. We are asking people to provide us with a zip code. We’re asking people to provide us with contact information if they want to be followed up with or if they want to follow what we’re doing, but we’re not collecting data like people’s addresses or things like that. So that’s a really big component of what will help people feel safer taking [our] census survey.

One of the reasons I think this project is so timely is that there are a lot of different segments of our communities that are getting cut out of the traditional census process. I read that the Census is planning to ask people about citizenship and that there is some concern that there will be some kind of follow-up on behalf of the federal government around that question. And so, we really are trying to be very careful about making sure that any of the data that we’re collecting is opt-in data.

We’ve also kind of built firewalls and other security measures around the database that that we use to collect information as well as a website that people can access the census through, that keeps them from some of the traditional attacks that we see online.

Are there other obstacles you’re preparing for as this process unravels?

Garza: There’s more opportunity than there are obstacles. Part of what we have done a really good job of, as a team, has been to orient ourselves around how to best take advantage of the opportunities that this project and this moment offers.

We’ve set an ambitious goal for ourselves to reach a scale of black people that can really tell us something about the kind of complexity of black communities. [What] we move closer towards is the opportunity to diversify and sharpen our strategies around how we meaningfully engage black communities in decisions that impact our lives. And we’ve also moved closer to the opportunity to really work in coordination in order to support our vision of black people living powerfully, of black people being able to shape the narrative of who we are both as communities and as a nation, and for black people to be decision-makers in the core kinds of questions that are facing us as a nation today.