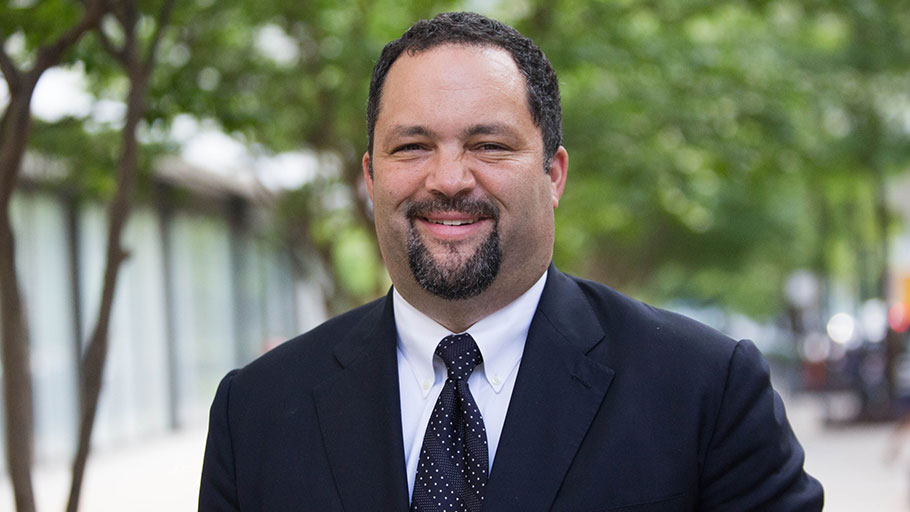 To protect democracy, we have to fix the Supreme Court

You Are Here: Home » Blog » Commentaries/Opinions » To protect democracy, we have to fix the Supreme Court

It’s been six months since the Biden-Harris administration began, ushering in an era of hope after four bitter and disheartening years. We have much to celebrate. At the same time, there are ways in which our future is wavering on a knife’s edge: will we fulfill the promise of a more inclusive democracy, or be dragged backwards by the same forces that tried to reverse the presidential election on January 6? Will our federal government step up to protect voting rights, or will more and more states suppress them? Can we protect and expand health care?

I am proud of the commitment of advocates who are pushing the Biden-Harris administration and the new leadership in Congress to be their best. But there is another critically important step we have to take if we want voting rights, or health care, or workers’ rights, reproductive rights, LGBTQ rights, or any of the rights we are fighting for to survive. We have to fix our Supreme Court.

For decades now, the same far-right forces that are fighting justice and equal rights for all our citizens have been working to pack our federal courts. Their crowning achievement has been the capture of the Supreme Court, now dominated by ultraconservatives. The Supreme Court has dealt devastating blows to the Voting Rights Act. It has made it easier for companies to violate the rights of working people. It opened our elections to unlimited spending by corporate interests. And it is undermining health and safety regulations.

This matters greatly because even as we welcome the opportunities for change that we voted for in electing the Biden-Harris administration and Democratic leadership in Congress, there is a real risk that laws passed now — for progress that real people want — could be eviscerated by a far-right Supreme Court.

We can’t let that happen.

Fortunately, there are solutions on the table. President Biden has formed a Presidential Commission on the Supreme Court of the United States to study ideas for reforming the Court. They include a first-ever code of ethics for Supreme Court justices – a good idea in any era. They also include proposals that would address the unique moment we are in now, when the Court has been so politicized and distorted by partisan interests. One idea is to set term limits for justices. Another is to add more seats to the Court, which would have a direct impact in easing the current crisis of a “captured Court.”

There will be lively debate over these proposals, including pushback from traditionalists who think we should not mess with the makeup of the Court. But the number of seats on the Court has been changed before – not once, but half a dozen times.

It’s also important to remember that we didn’t get here though a traditional or normal course of events. The current Court makeup was achieved by cynical political machinations of Mitch McConnell, the former Senate Majority Leader. McConnell refused to hold hearings for President Obama’s SCOTUS nominee Merrick Garland, thereby stealing the seat for Neil Gorsuch. He did this on the flimsy pretext that it was too close to a presidential election. Then, proving conclusively that he has no shame, McConnell forced through Amy Coney Barrett’s confirmation for the late Justice Ginsburg’s seat even though voting had already begun in the next presidential election.

So there are clear wrongs to be remedied. The Roberts Supreme Court is losing the confidence of the American people, if it hasn’t lost it already. In its current form it is becoming a political body incapable of protecting the rights of all, interested only in those of the privileged and powerful.

And that means Supreme Court reform needs to be an integral part of our campaigns for justice and equity on all fronts. We are fighting too hard for justice to see progress wrecked on the shoals of a rock-solid conservative Court. Let’s raise our voices for term limits and more Supreme Court seats at the same time we’re calling for the For the People Act and John Lewis Voting Rights Act, the Equality Act,
immigration reform, reproductive rights, health care and fair pay.

Let’s not trust our future to a captured Court.

Ben Jealous serves as president of People For the American Way. Jealous has decades of experience as a leader, coalition builder, campaigner for social justice and seasoned nonprofit executive. In 2008, he was chosen as the youngest-ever president and CEO of the NAACP. He is a graduate of Columbia University and Oxford, where he was a Rhodes Scholar, and he has taught at Princeton and the University of Pennsylvania.