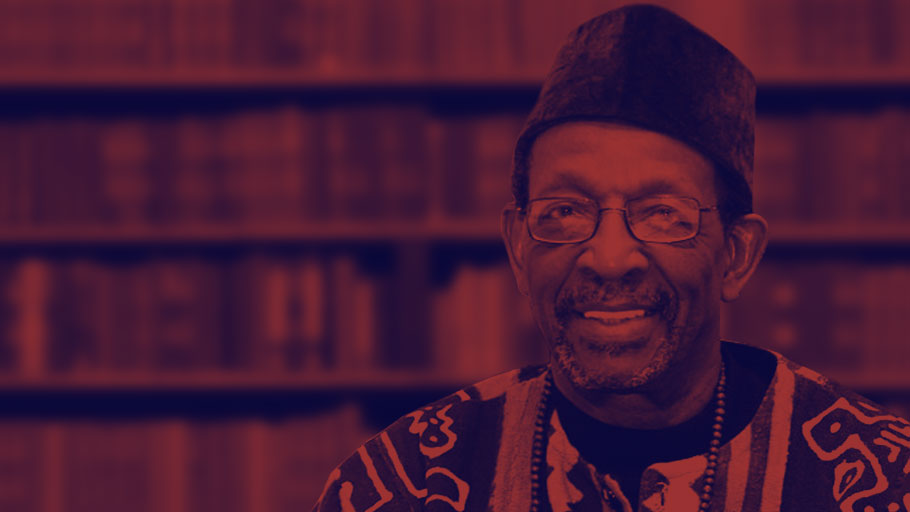 Promoting a “Revolution of Values”, Black Voters Expect Biden to Be Bold

By Dr. Ron DanielsFebruary 8, 2021No Comments

During a campaign that was repeatedly rescued by Black Voters, President Biden pledged to “Build Back Better.” To address the myriad crises affecting Black families and communities across this nation as a consequence of the Pandemics of COVID19, police misconduct, violence and murders and systemic racism, I believe to “Build Back Better,” Biden must be BOLD; he should audaciously reimagine the Build Back Better Plan, including the “Lift Every Voice” Black Agenda (which he seldom publicly touted), by embracing Dr. Martin Luther King’s call for a “Revolution of Values” and demand for an “Economic Bill of Rights.”

The rejection of the Orange man and MAGAISM was imperative but will not be sufficient to meet the aspirations of the millions who marched on ballot boxes seeking transformational change. At this defining moment in history, Biden would be wise to marshal his supporters to BOLDLY work towards creating a New America consistent with Dr. King’s vision of the beloved community!

In his iconic speech at the Riverside Church in 1967, Dr. King issued the following challenge: “I am convinced that if we are to get on the right side of the world revolution, we as a nation must undergo a radical revolution of values. We must rapidly begin the shift from a ‘thing-oriented’ society to a ‘person-oriented’ society. When machines and computers, profit motives and property rights are considered more important than people, the giant triplets of racism, materialism and militarism are incapable of being conquered.”

In this Vignette, I would like to offer suggestions/steps for Biden to be BOLD in advancing a transformational agenda:

1. Be BOLD — Commit to feeding/empowering the Black-led (with Black women in the forefront), multiracial Rainbow Coalition that propelled you to the White House by BOLDLY enacting policies that affect Native Americans, African Americans and people of African descent, Latinx , Asian Americans, Arab Americans, women, young people, the LGBTQ community, workers, immigrants, climate change and environmental justice advocates … through BOLD legislation or by Executive Orders if required.

2. Be BOLD — Do not bow down to or buckle in the face of the hypocritical machinations of the Obstructionists in the name of unity and bipartisanship. Remember the lessons of the Obama administration when appeals for bipartisanship fell on the deaf ears of the Mitch McConnell-led obstructionists who vowed to make Obama a “one term President.” The filibuster was his ultimate weapon. Once Agent Orange was elected, the ultra-conservative, rightwing Republicans made no pretense of being bipartisan. They unapologetically exercised raw naked power (via budget reconciliation) to jam through a multi-trillion-dollar tax-cut for the wealthy and packed the federal judiciary with ultra-conservative, Federalist Society vetted Judges! Remember Merrick Garland!!

3. Be BOLD — Abolish the filibuster and enact a BOLD “people oriented” agenda to meet the needs of people who could care less about legislative process, procedures or parliamentary maneuvers. People want to see the government deliver policies that will improve the quality of life for their families and communities. The Party that delivers and educates the people on the value of the public space, of government, will win!

4. Be BOLD — Campaign for a Build Back Better “people-oriented” agenda in red states, blue states, rural areas, Black and Brown communities; educate at the grassroots level about the benefits and value of the public space, government delivering policies that meet the needs of the people; take the message directly into the districts of the obstructionists and wake-up as many of their constituents as possible to the reality that they are being bamboozled by fake “leaders.” Ignite support for a BOLD Agenda from the bottom up! Build to consolidate gains in 2022 and 2024!

5. Be BOLD — Expose, confront and defeat the “enemy from within:” white supremacy, white nationalism, domestic terrorism, xenophobia, all of the malignant manifestations of structural, institutional racism. Be aware that mandating “equity” is a necessary and welcome prescription for the present, but it does not address the incalculable harms endured by African Americans from the holocaust of enslavement, chattel slavery and all of the derivative racially-exclusionary policies and practices after Emancipation to the present.

6. Be BOLD — Be the President who delivers on the promise of “40 acres and a mule,” reparations for African Americans. Reparations is the only racial remedy that will eradicate systemic racism in this society. As such reparations constitute the foundation for the new America which must be born.

7. Be BOLD — Utilize the Democratic control of Congress to declare Statehood for D.C. so that the residents of the “District,” where the great monuments to “freedom” were built by enslaved Black labor, will finally achieve full freedom!

We are in the throes of a national reckoning on the fundamental character, the soul of this nation. There is a life and death struggle underway over whether America will become an expansive, inclusive, multi-racial society, free of all forms of racism and discrimination with genuine political and economic democracy or revert back to the restrictive “good old days” of White male patriarchal dominance.

In the spirit of Dr. Martin Luther King’s revolution of values, Black Voters and the emerging Rainbow Coalition should fully expect and demand that Biden BOLDLY advance an agenda for transformational change. A new American must be born. #BEBOLDBIDEN