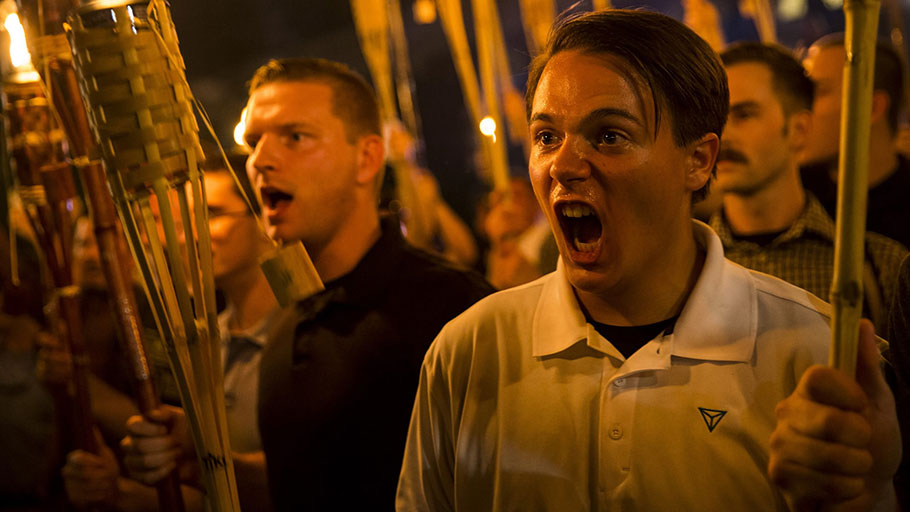 “Trumpism:” The Hate that Produces Hate

With the attempted assassination of a series of Democratic leaders and the savage murder of 11 worshipers in the Tree of Life Synagogue in Pittsburgh in the past week, the American people are witnessing one of the most horrific seasons of hate and terror in recent memory. And, while there is debate about the link between rhetoric and the actions of individuals, it is absolutely clear that President Trump, “the Orange man,” has deliberately stoked the flames of fear, intolerance, bigotry, racism, anti-Semitism and neo-fascism.  Viruses which have long festered beneath the surface have burst into the open with a vengeance with the tacit or explicit encouragement of the “President” of the United States.  He has engaged in this unethical and immoral behavior as a means of “firing-up” the base in order to retain the Republican’s hold on the House of Representatives and Senate. Trump’s goal, and that of the cabal that tolerates him, is cementing a reactionary agenda into law, sanctioned by the Supreme Court.

By appointing Steve Bannon, the Alt-Right White Nationalist, to the position of Chief Political Strategist, the Orange man signaled from the outset that he was comfortable with the support of the hate-filled forces on the right. This posture was reaffirmed when he refused to unequivocally condemn the Neo-Nazis who rallied/marched in Charlottesville, brazenly chanting anti-Semitic slogans and violently charging into the ranks of peaceful counter-demonstrators. Trump’s infamous response to this hate-filled behavior was that there were troublemakers on “both sides!”

In his tweets and performances at rallies, he has relentlessly attacked immigrants as criminals, gang members, murderers and rapists; demeaned a Judge of Mexican heritage;  disparaged NFL players who protested during the National Anthem, most of whom were Black; openly intimated that beating up opponents at his rallies was okay and praised a Republican elected official for  “body slamming” a reporter, etc., etc., etc., etc.  His assault on the “fake news media” has also been vicious and relentless, causing fear among reporters that they might be assaulted at his rallies.

This is the hate that inspired Cesar Sayoc, Jr., an angry, frustrated, deranged “Make America Great Again” supporter of the “Orangeman,” to send mail bombs to a number of prominent Democrats and Trump critics – President Obama, Hillary Clinton, Congresswoman Maxine Waters, Senator Kamala Harris, George Soros and Robert DeNiro among them. Bombs were also sent to CNN.  It is not an accident that each of these persons and CNN have been the frequent targets of the Orangeman’s venom!  Sayoc’s social media posts also revealed a deep hatred for Jews, Blacks, immigrants and LGBTQ folks.

This is the hate that produced a frenetic, fear-infused atmosphere that made it conducive for Robert Bowers, an angry, hate-filled, Neo-Nazi sympathizer to come out of the shadows and murder 11 Jews as they worshipped in the quietude of their Synagogue. He is an anti-Semite who was also furious about the “Caravan” moving towards the U.S. border with people the Orange man has falsely branded dangerous criminals trying to “invade” our country.  He targeted the Tree of Life Synagogue because members of the congregation had traveled to the boarder to provide comfort and sanctuary for the “invaders.” Both of these unhinged individuals viewed their hate-filled assaults as heroic, patriotic acts to preserve the purity and greatness of America!

The tragedy is that the Orange man shows no sign of changing his tone or poisonous rhetoric. He refused to mention any of the targets of Sayoc’s mail bombs by name or to place a call to even President Obama as a gesture of reassurance. When asked by a reporter whether he intended to talk to any of the intended targets, he responded, “I think I’ll pass on that.”  To “appear” civil or “act” presidential, as he occasionally does when he is on script, would risk disappointing his base and thereby the prospects that they will not turn out to vote in the massive numbers needed to hang onto the House and the Senate. It’s beneath his dignity, because he has no dignity; he knows no shame when it comes to promoting himself and the Republican’s retrograde agenda. Even as I am penning this article, in an interview on Fox News, Trump called Andrew Gillum, the African American Mayor of Tallahassee, Florida and candidate for Governor, “a stone-cold thief;” a racist dog whistle calculated to fire-up the base in an unexpectedly close race.

The tragedy is that the vast majority of Republican elected officials refuse to denounce the Orange man’s hateful behavior, either because they fear his base will turn on and de-elect them or because they are willing to be silent because he is pushing through their reactionary agenda.  Trump also enjoys a very high approval rating among the base because they are willing to overlook his ugly, unethical and immoral behavior as long as he is “getting things done” on issues like “the wall,” ending Obamacare, loosening regulations on business, relaxing environmental regulations, eroding a woman’s right to choose, opposing LGBTQ rights. For the Republican establishment and the Orange man’s base of supporters, the means justify the end. After all, at least the “trains will run on time” if Trump and his cohorts can cling to power.

The vile means of Trump will never justify the end.  Indeed, his reckless and dangerous behavior precludes any reasonable obligation to respect him as the occupant of the office of President of the United States. The person and the office have merged to become an abomination of epic proportions; an abomination which must be swept from power by righteous non-violent action.

My sense is that millions of people are angry, frustrated, disgusted and turned-off by the behavior of the “President” and his opportunist cabal.  But, anger and disgust are not enough to rid this nation of the scourge of Trumpism.  Anger and disgust must be the impetus for mobilizing a massive Rainbow Wave of righteous warriors for justice, determined to use their ballots on November 6th, election day, to begin the process of washing away, cleansing this nation of “Trumpism.” November 6, 2018 must mark the day that a Rainbow Wave or righteous warriors made major strides toward advancing a politics of dignity, freedom, justice, equality and opportunity for all in this nation; strides toward a politics of social transformation!