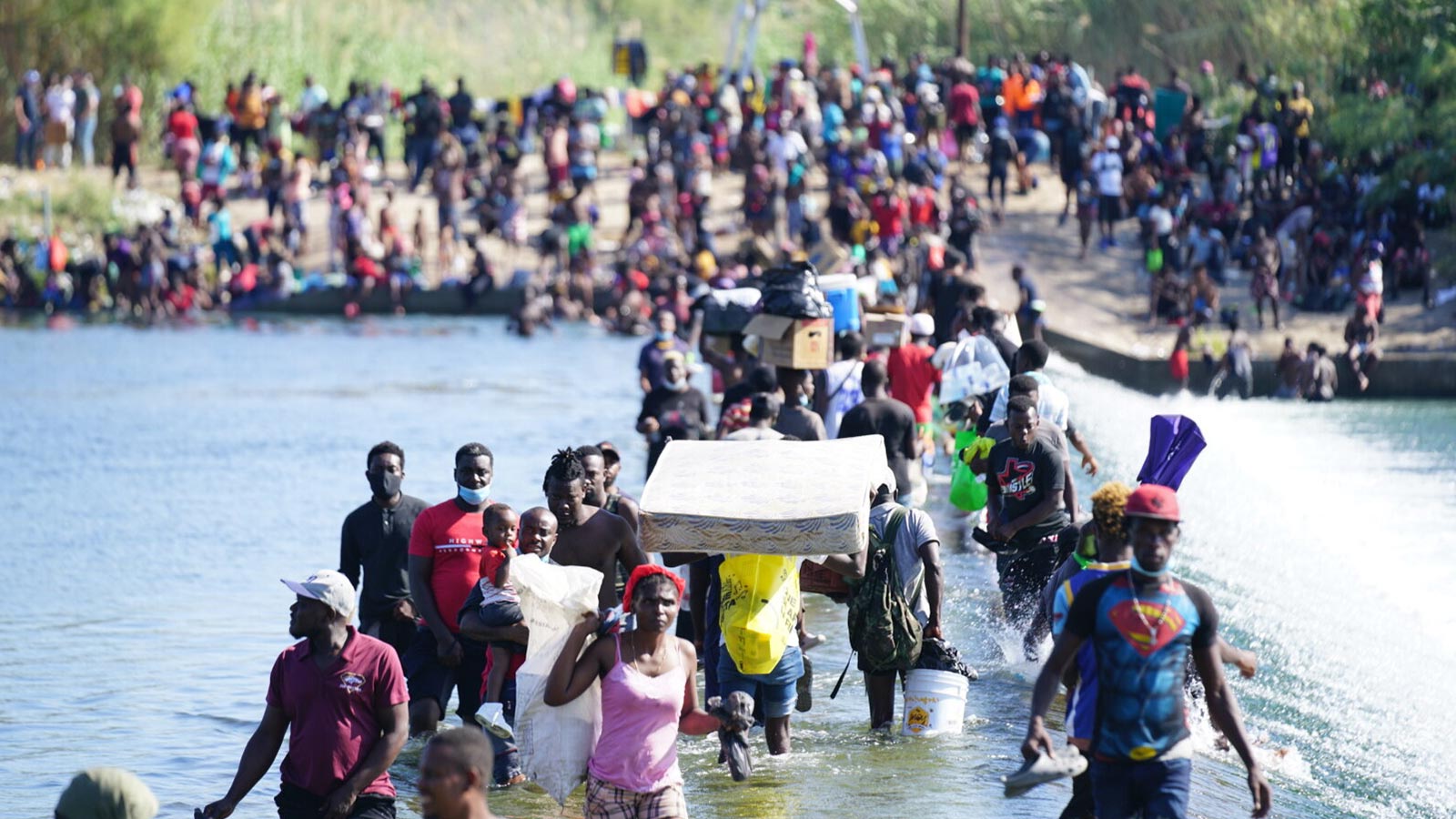 Last month, the Biden administration announced that it had cleared a makeshift tent camp where thousands of Haitians had congregated under a bridge linking Mexico and Del Rio, Texas. They had arrived there desperate to gain admission to the United States, many fleeing persecution in Haiti and seeking the protection of our asylum law. The administration’s unsteady response to this crisis has revealed, once again, the broken nature of this country’s asylum system. It also is a grim reminder of the longstanding U.S. tolerance of government corruption and the denial of basic human rights in Haiti.

Since the adoption of the Refugee Act of 1980, those who arrive at our border or have already entered the country are entitled to seek asylum if they can demonstrate a “well-founded fear of persecution” based on their race, religion, nationality, political opinion or membership in a social group. This law has roots in the Holocaust and U.S. commitments made after World War II to provide refuge to people fleeing persecution. But the asylum system has been hampered from the outset by political controversy and bureaucratic dysfunction.

Many of the Haitians who camped under the bridge in Del Rio had made multiyear journeys through Latin America and then to our southern border. Some were inspired to try to enter the United States now because of a misimpression that President Biden’s replacement of former President Donald Trump — and the Biden administration’s decision to extend temporary protected status to Haitians already in the country — signaled an opportunity for them to come here, too. Temporary protected status suspends deportations of Haitians already in the United States because of the current instability in their country. Like immigrants from around the world, these Haitians, including the many asylum seekers, are looking for a new home where they will find stability, better jobs and more security than their own country can offer.

Discriminatory treatment of Haitians is not new. Forty years ago, I was an expert witness in litigation in Florida where lawyers representing an earlier generation of Haitian asylum seekers successfully challenged the Reagan administration’s Haitian program. U.S. authorities at that time targeted Haitians arriving in Florida for mass detention, and intercepted Haitian boats in the Caribbean to prevent them from reaching this country.

Overseen by then-Associate Attorney General Rudolph Giuliani, President Ronald Reagan’s policy was deemed, in a series of federal court cases, to violate the U.S. constitutional guarantees of equal protection and due process of law. When the plaintiffs asked one federal judge to release roughly 2,200 detained Haitians to give them a real opportunity to seek asylum, I appeared before the court and, with the American Immigration Lawyers Association, committed to finding each of them a volunteer lawyer.

The Haitian cases of the 1980s became a catalyst for broader reforms of the U.S. asylum system. Over four decades, under both Democratic and Republican administrations, our country developed a more humane asylum system that gave thousands of people who met the “well-founded fears of persecution” standard their day in court. These reforms were slow in coming and often imperfect, but they represented a good-faith effort by the federal government to abide by the spirit of the U.N. Refugee Convention, whose provisions the United States adopted when it ratified the U.N. Refugee Protocol in 1968.

When Donald Trump took office, he broke with this bipartisan history and sought to blow up the asylum system entirely, obliterating U.S. policy and principle as they apply to those who seek asylum from within America and to refugees, who seek similar legal protections while still abroad.

Among other draconian measures, Mr. Trump reversed the decades-old policy of allowing those who appear at the border with a credible fear of persecution the right to enter the United States to make their formal asylum claim. As they did in so many other areas, the Trump team also decimated the administrative capacity of the U.S. government to process asylum claims or resettle refugees brought here from overseas. When the Biden administration assumed office in January, it inherited a dysfunctional system made worse by Republican obstruction and shamelessness that continues to this day.

The plight of the Haitians has been further complicated by decades of misrule, corruption and brutality by a series of Haitian governments that received steady U.S. financial and political support despite egregious records on human rights. For far too long, Washington has sought to perpetuate the status quo in Haiti in the name of short-term stability. When I visited Haiti in 2013 as assistant secretary of state for democracy, human rights and labor, every one of the human rights activists I met there echoed this theme. Rather than promoting democracy and human rights, successive U.S. administrations had actually emboldened corrupt government leaders, exacerbating the problem.

The Biden administration needs to prioritize human rights and democratic governance in Haiti, which are essential if the island nation is ever to escape its familiar cycles of domestic chaos and mass migration. Unlike Afghanistan or Iraq, where the United States had little history and scant leverage to promote political reform leading to democratic governance, in Haiti, U.S. influence is consequential. American financial aid and diplomatic efforts to promote reform should be directed at those within Haitian society who have a genuine commitment to human rights and the rule of law.

More immediately, the Biden administration should allow all Haitians who arrive at our borders and have a credible fear of persecution in their home country the right to enter the country to pursue asylum claims. And given the current instability and lawlessness in Haiti, even those who do not qualify for asylum should have their deportation deferred — an administrative remedy that would postpone their removal, at least as long as the current unrest persists in Haiti.

Haiti is often described by cynics as a corrupt debtor nation or worse. Mr. Trump reportedly mused aloud about why America welcomes any refugees from Haiti and other countries he derided with a vulgarity. He and others forget the role Haitians have played in our own history — for example fighting by our side during the American Revolution. As Barry Jenkins, the film director and screenwriter, put it in a tweet in July: “Hell, between the Haitians who got on boats to fight alongside colonists against the British during the Revolutionary War and the Louisiana Purchase forced upon Napoleon by the Haitian Revolution, WE owe THEM a serious debt.”

Michael Posner is a lawyer and human rights advocate who was assistant secretary of state for democracy, human rights and labor from 2009-2013 and is the director for the Center of Business and Human Rights at N.Y.U. Stern School of Business.