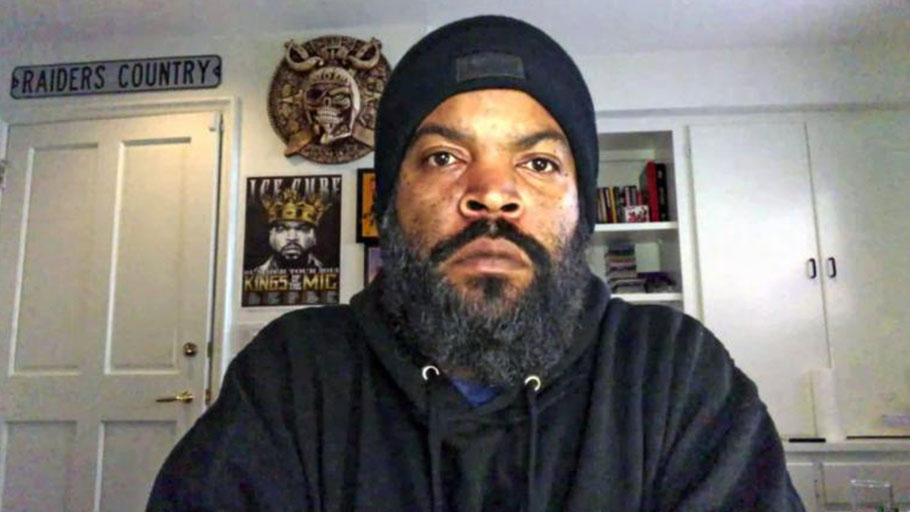 Why Ice Cube’s political logic is so dangerous

You Are Here: Home » Blog » Commentaries/Opinions » Why Ice Cube’s political logic is so dangerous

Screenshot: Ice Cube joined CNN’s Chris Cuomo to explain why he is collaborating with the Trump campaign on his Contract With Black America. Video below.

(CNN) — Ice Cube, the legendary Generation X rapper and hip hop icon, last week said he’s open to working with the Trump administration on implementing his “Contract with Black America.” That is a huge mistake which hurts the entire African American community.

Cube sparked controversy after tweeting that the Trump campaign made adjustments to “their plan” for Black America after talking to him. Cube was referring to parts of his “Contract With Black America,” which features a preface written by Darrick Hamilton — one of the most respected and well known Black economists in the nation and calls for “a blueprint to achieve racial and economic justice” through polices that promote wealth creation, home ownership, small businesses criminal justice reform, and voting rights. Small parts of the “Contract” are reflected in what the Trump administration has dubbed its “Platinum Plan” with election time appeals to Black voters.

News of Cube’s seeming alliance with Trump’s anti-Black political empire set Black Twitter ablaze with anger and confusion; Cube responded by casting himself as a political maverick unafraid to go against the grain. In an interview with CNN’s Chris Cuomo, Cube said he is willing to work with people on both sides of the aisle. “I’m not playing no more of these political games, we’re not part of a team … so I’m going to whoever’s in power and I’m going to speak to them about our problems, specifically,” Cube said, explaining that “our” is referring to Black Americans. “I’m not going in there talking about minorities, I’m not going in there talking about people of color or diversity or none of that stuff. I’m going there for Black Americans, the ones who are descendants of slaves.”

Though he denounced Trump in 2016, Cube’s more recent foray into politics has been shaped by statements that regardless of political party, he wants change. The trouble with this approach is that it implies somehow that for Black Americans, both major parties are or could be interchangeable. The moral equivalency behind such rhetoric is untrue. For as flawed as the modern-day Democratic Party is on race matters it is, for better and worse, the party of anti-racism and intersectional justice in contrast to the modern day GOP. The contemporary Republican Party has become, purposefully in certain quarters, a refuge for the architects of racial division, scapegoating, and hatred that has evolved past the dog whistles of the Nixon era into the bullhorn utilized by President Trump and his acolytes.

Rapper 50 Cent went even further, outright announcing his plans to vote for Trump after previously criticizing him. Apparently motivated by his reaction to Joe Biden’s tax plan, 50 Cent posted, in part, on social media: “I don’t care Trump doesn’t like black people.”

50 Cent’s rhetoric aside, there is also a troubling and gendered dimension to his endorsement of Trump and to Ice Cube’s apparently “pox on both houses” perspective. Not only do both positions dismiss the staggeringly racist language, strategies and policies propagated by Trump and his administration (which many of his allies have either endorsed or enabled), but they also dismiss the stalwart support that Black women have offered for Democratic candidates. Even worse, such positions fail to recognize that the most powerful and promising Black leaders in America are largely women. Witness the work of Rep. Ayanna Pressley in Massachusetts, Congressional candidate Cori Bush in Missouri and former gubernatorial candidate Stacey Abrams in Georgia, to name a few, which has been integral to shaping a new Black political agenda that seeks to focus attention on the most marginalized segments of the African American community. If Cube (or 50 Cent for that matter) truly wanted to support progress for Black Americans, he could recognize and support the progressive Black women seeking to fundamentally transform American democracy.

Certainly, many Black men are (rightly) likely to be horrified by Cube’s receptiveness to Trump and 50 Cent’s outright endorsement of him. But Ice Cube’s apparent inability to recognize or acknowledge Black women in his rush to be the arbiter of change seems like a kind of deliberate blindness, a blindness further complicated by the fact that he is certainly not the first prominent Black male political or cultural celebrity to try and negotiate or work with racist politicians — or those who were largely viewed as supporting anti-Black policies. It’s an approach with deep historic roots.

Malcolm X and the Nation of Islam privately met with representatives of the Klan and forged a public rapprochement with other white supremacists around their mutual distaste, for different reasons, of racial integration.

Congress of Racial Equality leader Floyd McKissick went from marching alongside Stokely Carmichael and King in Mississippi to publicly supporting Richard Nixon, whose broken promise to support an all-Black “Soul City” in North Carolina is a tragic exemplar of what negotiating with groups hostile to the idea of Black citizenship and dignity actually achieves.

(And lest you think it has been only Black men who have done this, take note: during the Great Depression era Black women nationalists who championed Liberian emigration sought support from Theodore Bilbo, the notorious segregationist Mississippi senator.)

Who gets erased by a ‘both sides’ approach

Certainly, Ice Cube lending his support to a racially just America is important and noteworthy. The “Contract With Black America” contains some important policy recommendations that, if achieved, would help millions of African Americans enjoy better access to wealth, economic justice, voting rights, and less punishment at the hands of the police.

Yet in addition to his questionable “both sides”-ing of Democrats and Republicans on issues of racial justice, Ice Cube’s wider “blueprint” falls short of the radical policy recommendations championed by A Movement for Black Lives. The most revelatory aspect of this year of America’s racial reckoning has been the power of Black women organizers, thinkers and leaders in advocating perhaps the most expansive vision of Black freedom ever conceived. Black Lives Matter, led primarily by radical Black and queer feminists, in so many ways offers the nation a more expansive vision of liberation than the kind promoted by Ice Cube.

BLM’s decentralized leadership has called on Black activists, organizers and everyday people to amplify the stories of the most marginalized sectors of the Black community: LGBTQIA; the mentally and emotionally ill; the non-able-bodied; HIV positive and cash poor; the unhoused and undocumented. They center the experiences of those the Trump administration would prefer to disempower, demonize or ignore.

The challenge Ice Cube and others cannot deny

Black men’s pain, which Ice Cube’s scowling image from his classic first two albums — “Amerikkka’s Most Wanted and Death Certificate” — so brilliantly reflect, is real as reflected in their extraordinary rates of imprisonment, punishment and death. Black women’s pain is just as potent, as illustrated in their accelerating rates of incarceration, high rates of poverty and depressing levels of income and lower rates of wealth.

Black men have a pivotal role to play in this national moment of racial and political reckoning. This requires straight Black men embracing a different kind of leadership model, one that draws on the panoramic nature of the Black freedom struggle.

The broader movement was never primarily led by Black men. Black feminists, from Ida B. Wells’ anti-lynching crusade up to the founders of the BLM, have enlarged the scope and vision of American democracy. Black queer activists, from Bayard Rustin and Audre Lorde to James Baldwin and Barbara Smith have expanded the boundaries of Blackness in ways that challenged white supremacy, systemic racism and patriarchy — as well as homo- and transphobia within the Black community.

Yes, Malcolm X and Martin Luther King Jr. remain in that pantheon, but they stand alongside Wells, Anna Julia Cooper, Lorraine Hansberry, Angela Davis and so many others. Contemporary Black women thinkers, writers and activists such as Patrisse Cullors, Brittney Cooper, Keeanga Yamahta-Taylor, Michelle Alexander, Keisha N. Blain, Imani Perry, Tressie McMillan Cottom, Martha Jones and Roxane Gay have produced the kind of earth shattering literary and historic work that Cube — and all Americans — would benefit from reading. Collectively these works offer us dynamic, challenging and thought-provoking visions of a liberated future guided by the kind of deep humility, personal sincerity and political integrity that would never align with Donald Trump’s agenda.

Rapper Ice Cube once said he would never endorse Donald Trump, now the rapper is causing a stir for working with the President on his plan for Black America. The rap legend joined CNN’s Chris Cuomo to explain why he is collaborating with the Trump campaign on his Contract With Black America.

Peniel E. Joseph is the Barbara Jordan chair in ethics and political values and the founding director of the Center for the Study of Race and Democracy at the LBJ School of Public Affairs at the University of Texas at Austin, where he is also a professor of history. He is the author of several books, most recently “The Sword and the Shield: The Revolutionary Lives of Malcolm X and Martin Luther King Jr.