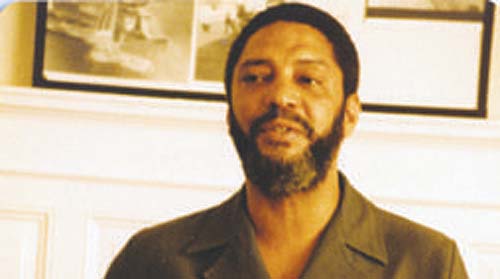 Don Rojas didn’t know that when he accepted Maurice Bishop’s offer to become his press secretary that he’d end up being an eyewitness to a coup, and an invasion of Grenada by the U.S. military.

Rojas, 64, said he served as press secretary in the years prior to and including the 1983 invasion.

“The prime minister invited me to come back in 1979 to rebuild media,” said Rojas, a St. Vincentian native who owns and operates a progressive media relations firm in Randallstown, Md. “My first assignment was editor of the Free West Indian, and then he appointed me.”

Radio documentarian Amina Hassan spent a year in Grenada while working on a public radio series detailing the religion, politics and culture of several Caribbean countries including Jamaica, Suriname, Guyana and Puerto Rico.

“I was 40 when I went,” said Hassan, a Los Angeles native. “Personally, one of the things about Grenada was that I wanted to see if I could take care of my children out of the country by myself. I did that. I didn’t take any handouts. I raised money, put on presentations and wrote to foundations.”

“We didn’t have a lot. Peanut butter and muffin cakes would be like a treat. The rent was paid, everything was taken care of. It was important to me to do that on my own. My children saw that.”

Hassan, 72, said she and her four children lived in the neighborhood with Grenadians.

“I got there in 1982. We made good friends down there at the time,” she recalled. “We were integrated and the neighbors were nice.”

“It was a little backwater. The government’s Xerox machines didn’t work and the government was trying to build a power plant to deal with the frequent outages,” she said.

She said people enamored by the revolution came down to the island, intrigued by being able to see the socialist experiment unfolding.

“We were openly sympathetic. We were living our lives,” Hassan said. “We did have good relations with the government. We didn’t have to pay our electric bills. We began to train some people so we didn’t have to pay tariff when we brought in equipment.”

“He was pretty charismatic and handsome too. He was well-liked and I always saw him around. Here was someone attempting to [develop] socialism so people sort of flocked there.”

Bishop seized control of the government in a bloodless coup in 1979, toppling the corrupt and brutal government of Eric Gairy. Gairy ruled by fear and used a group of thugs called the “Mongoose Gang” to beat, threaten, intimidate and murder dissidents and rivals, real and imagined.

Bishop and his New Jewel Movement advocated and espoused a milder brand of socialism that sought to improve the lives of the 100,000 residents of the tiny island-nation.

In a March 1979 speech, Bishop outlined his vision of the future.

“Let me assure the people of Grenada that all democratic freedoms, including freedom of elections, religious and political opinion, will be fully restored to the people,” he said. “People of Grenada, this revolution is for work, for food, for decent housing and health services, and for a bright future for our children and great grandchildren.”

Bishop had a commanding presence. Those who knew him spoke of a handsome, 6’ 3″ tall man who was an excellent speaker with an arresting oratorical style.

“He was a very brilliant person, charming and had great people skills, Rojas recalled. “He was a compassionate guy, had a love for the region and people, and was a very charismatic leader and a great orator. He was just a very likeable human being and connected with people across racial, gender and other lines.”

“The revolution enjoyed the majority support of the people in Grenada. If it didn’t, they wouldn’t have come out in such great numbers to free Bishop from house arrest.”

The Bishop government developed close ties with the Soviet Union, with Fidel Castro of Cuba, Michael Manley of Jamaica and Daniel Ortega, president of Nicaragua. Bishop, like Manley, Ortega and other Caribbean and Latin American leaders found themselves in the middle of the Cold War between the United States and the Soviet Union. Either you towed the line of U.S. policy or you were assumed to be in the Soviet orbit.

While Manley, Tanzania President Julius Nyerere and dozens of other leaders of developing countries were instrumental in creating the non-aligned movement, they still ended up running afoul of the United States because of their criticism of the capitalist system.

In late October of 1983, Bishop was arrested and put under house arrest by close friend, colleague and Deputy Prime Minister Bernard Coard. Coard led a hardline faction of the party which seized control of the government and imposed a dusk-to-dawn curfew.

“I was very much in danger,” Rojas recalled. “There were military patrols looking for me with instructions to shoot me on sight. Coard and [Army Chief General] Hudson Austin literally shut down the country. It was a reign of terror for six days.”

More than 15,000 people defied the new government to free their leader who had been detained at his home.

“School children, men and women in the thousands marched through St. Georges,” Rojas said. “He [Bishop] was manacled to his bed. They freed him, took him away, took him over to the fort where they thought he’d be safe. ”

“The people had freed him and he was planning to make an address to the nation.”

However, while at the fort, soldiers lined up Bishop, several government ministers and others against a wall and shot them.

“People supported and loved Bishop, they killed him and people were furious and angry and scared. I was there,” said Rojas. “A half-hour before they were killed, Bishop sent me on a mission to go down to the telephone company to tell the world. I made some calls to the Caribbean News Agency and BBC picked it up. That was how the world knew. While I was in the process of making the call, I heard the gunshots. I was a mile away. If I’d been there, I’d have been assassinated.”

Rojas said one theory is that Bishop wasn’t radical enough for Coard and his cohorts. But his explanation is simple.

“Ambition. Coard always wanted to be prime minister,” he said. “It was jealousy and all those base human emotions and when you have those kinds of negative emotions, you can become very irrational. They figured they’d kill him and hold on to control of the government. They took the most extreme measures.”

Hassan said she and her children were among the throng who marched to free Bishop.

“For them, they got the best history lesson in the world. They witnessed history, saw it up close,” she said of her children. “I took my kids with me, saw two people who I know and asked them to keep an eye on them. We got separated and got swept up in this. Taking them was not a wise thing because something dangerous could have happened. They could have gotten trampled. Word of mouth got people to go to free Bishop. Children were in school uniforms.”

Events that day unfolded pretty quickly, said Hassan, and Rojas characterized what happened as pandemonium after the soldiers assassinated Bishop.

President Ronald Reagan had become increasingly concerned about what was happening in Grenada and Bishop’s murder provided him with the pretext to destroy the revolution. Mark Zepezauer in the article, Grenada, from the book, The CIA’s Greatest Hits, said the Reagan administration began planning the invasion two years before it occurred. The Caribbean and Latin America were considered America’s backyard and Reagan wasn’t about to allow socialism or communism to flourish at America’s doorstep.

“Bishop’s mildly socialist program (private enterprise left unmolested, but free health care, school lunches, etc.) was the final straw,” Zepezauer said. “Before long, a CIA propaganda campaign was portraying Grenada as a terrorist state allied to the Soviet Union, its 100,000 inhabitants armed to the teeth and poised to attack the pitifully vulnerable U.S.”

“ … CIA acts of sabotage proliferated. Money was given to opposition politicians and neighboring armies. Finally, in late 1983, Bishop was overthrown by extremists in his own party and executed, and the U.S. invasion began. CIA agents among the “hostages” helped coordinate the three-day war over shortwave radio.”

At the time, several historians and political analysts said, Reagan sought the opportunity to re-energize a country demoralized by an attack against a Marine barracks in Lebanon which killed 241 servicemen; Vietnam; the humiliation of the Iran hostage crisis; and challenges by “Marxist-led insurgents [who] had seized power in Nicaragua and were ascendant in El Salvador and Guatemala.”

“We always had a suspicion that the U.S. would find a way to overthrow the government,” Rojas said. “From the time Reagan came to power, he orchestrated a campaign to isolate, and destroy the Bishop government economically, socially, and politically – we were under a lot of pressure.”

“The U.S. military had carried out exercises called Operation Fury off the coast of Vieques. They were just waiting. Coard and Austin provided the U.S. with a pretext to engage. American medical students being in danger is BS. While all Grenadians were locked up [indoors], students were walking on the beach. The U.S. put an end to the revolution once and for all.”

Yet both Rojas and Hassan say Bishop’s considerable contributions can’t be denied.

“Thirty years later, the legacy is still alive,” Rojas said. “[People] remember him with warmth and love. It was a time of great excitement and hope. For the first time, people thought they were getting involved in building their country.”