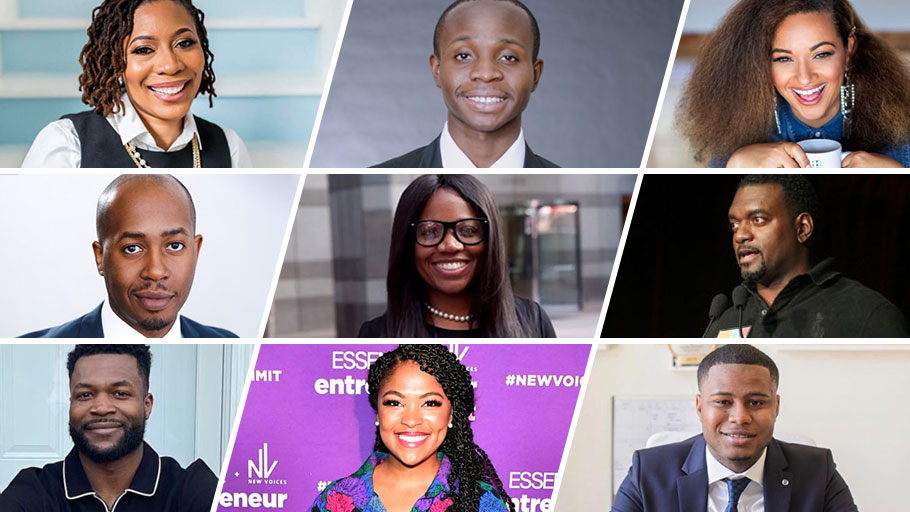 9 Black millionaires who built wealth outside of sports and entertainment

You Are Here: Home » Blog » Editors' Choice » 9 Black millionaires who built wealth outside of sports and entertainment

For generations, Black Americans have been taught that our golden ticket to wealth and becoming Black millionaires is by making it as athletes or entertainers. But that’s a very one-sided picture that has been painted for us that fails to acknowledge the many Black entrepreneurs that found success outside of those expectations.

Individuals beyond the realm of big-name sports figures, music and movie stars have managed to use their intellect and skills to break into the millionaires club. Thus, dispelling the myth that Black people can only reach seven figure incomes from arenas and stages.

Of the many Black millionaires that thrive in sports, music and entertainment, here are some who represent across finance, tech, and real estate. 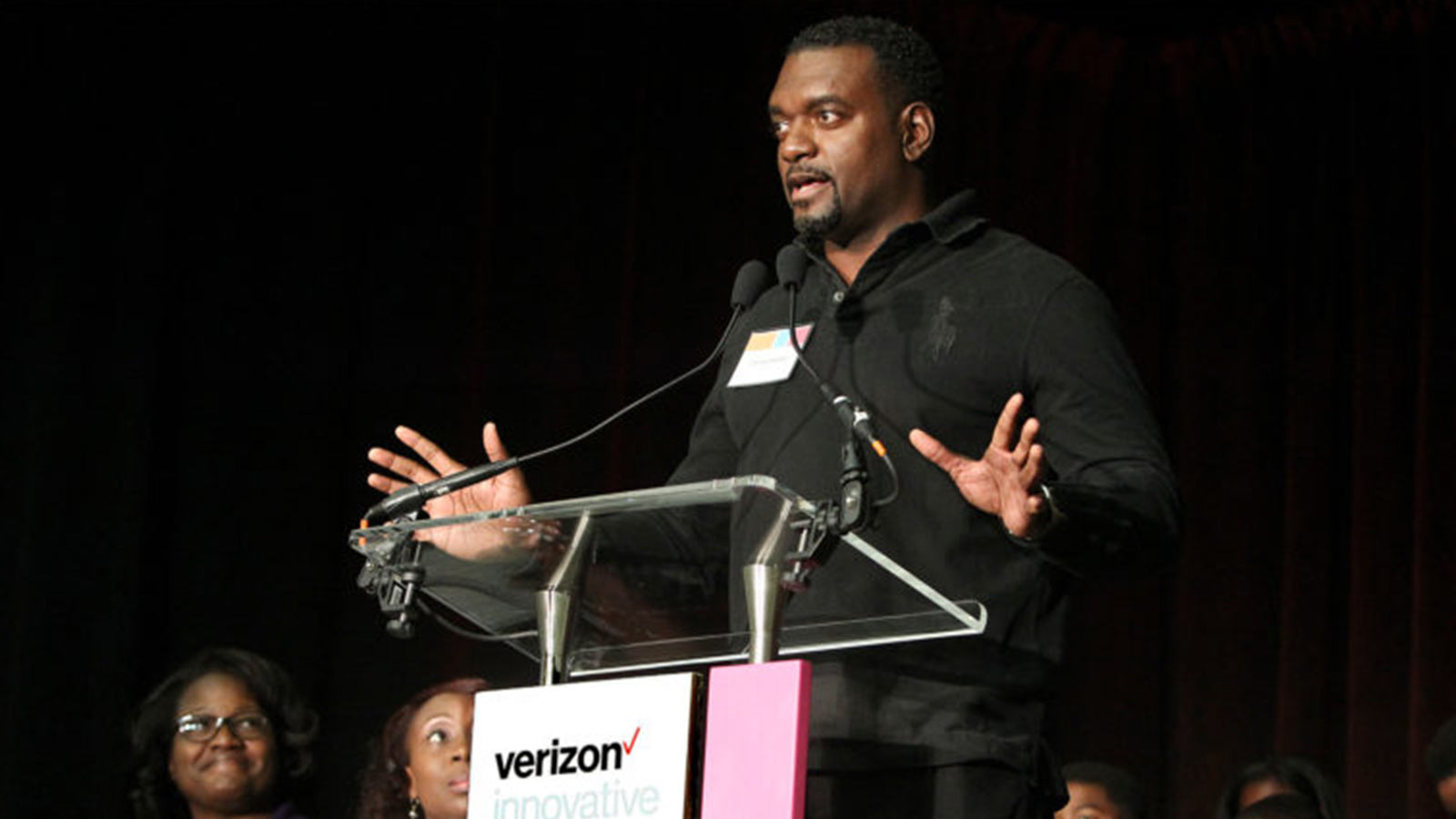 Clarence Wooten is known as a serial Silicon Valley entrepreneur who has created and built multiple tech startups. According to Forbes, the Baltimore native sold his first tech business for $23 million back in 1999, providing him with the success and capital that helped launch his career. While he’s found much wealth and prosperity in the tech space, Wooten says that it’s a bittersweet feeling to be “a Black unicorn” in the industry.

“Mr. Wooten’s story is different in one important regard: He’s black, and spent part of his childhood in the inner city. That’s a rare biography among young millionaire Internet entrepreneurs, most of them white males, many from affluent backgrounds,” WSJ said. 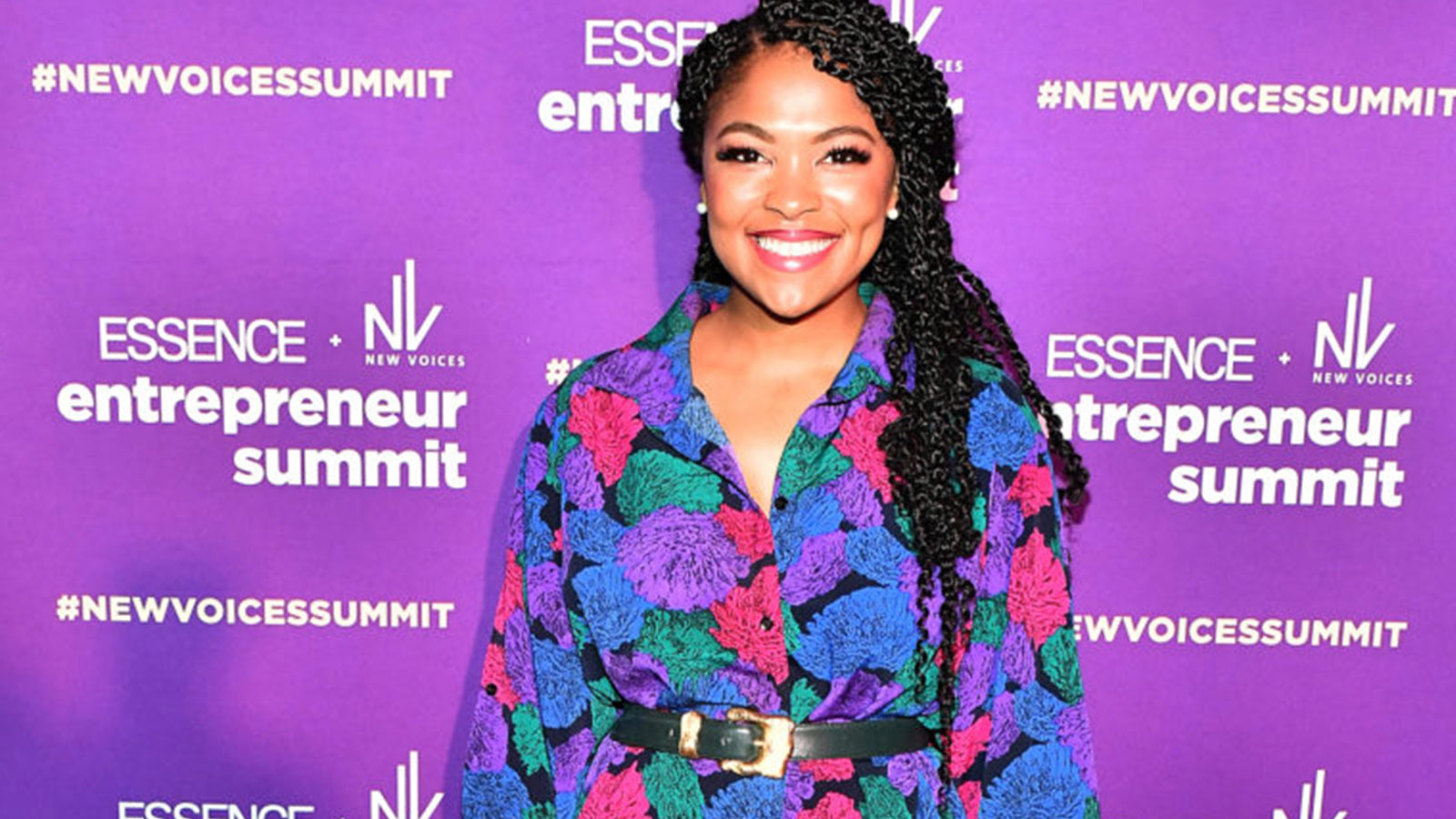 Sevetri Wilson is a serial entrepreneur, tech founder, wealth creator and change agent who has dedicated her career to helping other entrepreneurs build a solid career foundation to grow their revenue. As the founder of strategic communications agency Solid Ground Innovations and tech startup Resilia, Wilson was able to use both her network and capital to build and maintain her wealth.

According to Business Insider, she even wrote a book called “Solid Ground: How I Built a 7-Figure Company at 22 with Zero Capital” detailing her journey to millionaire status.

“If you are going to become a millionaire you have to take risks. You’ve heard the saying: ‘Scared money doesn’t make money,’” She said. “It’s true, and it’s very likely you’ll make some less-than-desirable investments along the way, but you have to keep going.” 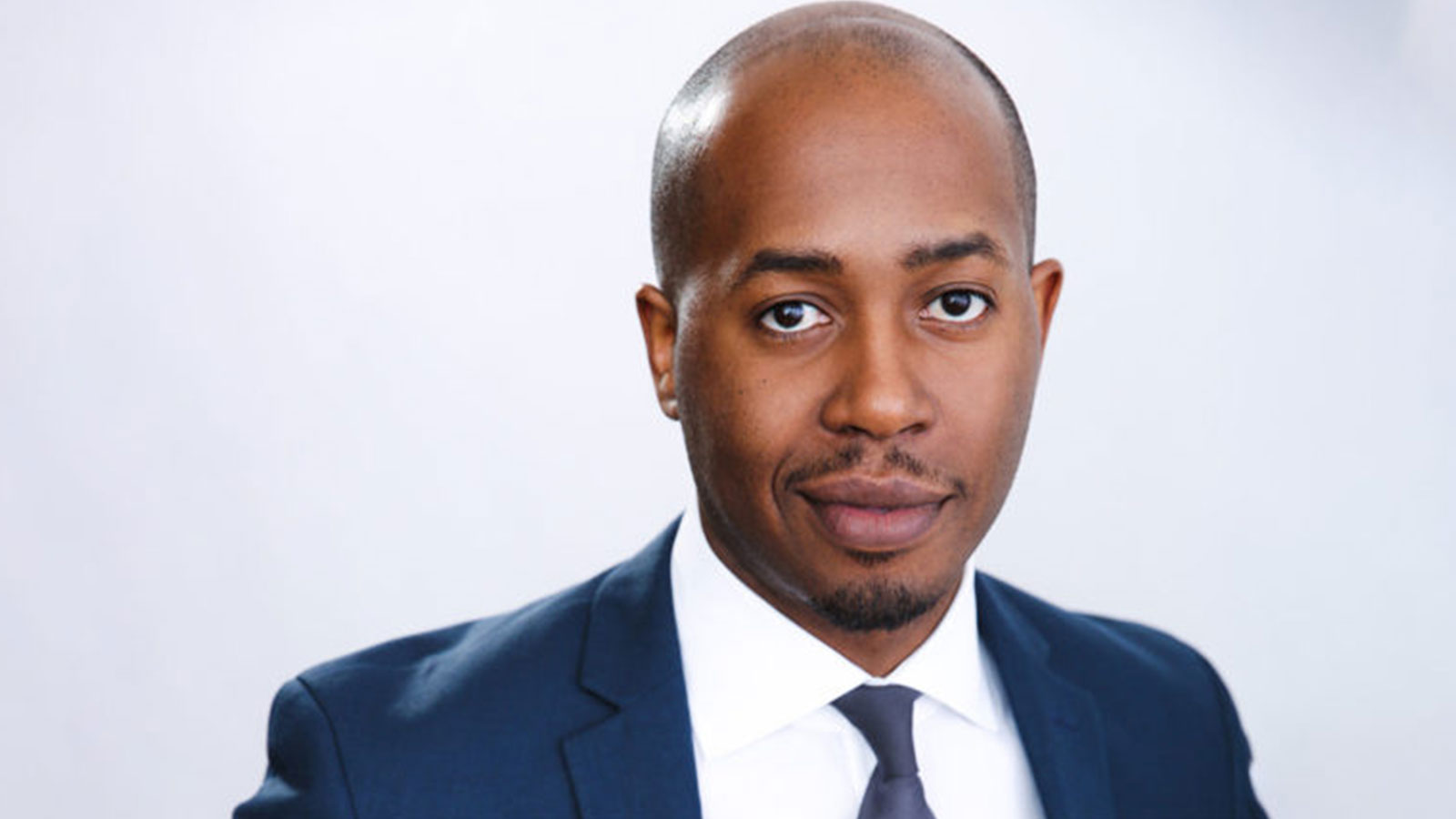 Brian Lee is known for being a seasoned advertising executive who’s had a chance to work on ad campaigns for huge brands like Microsoft, Verizon and others. As someone who was able to build his way up to being a millionaire in his career, Lee launched his own platform called Black Health and Wealth — an initiative designed to turn one million Black professionals into millionaires through education and training. The Miami Times reports that his motivation for this commitment is driven by the lack of Black CEOs at Fortune 500 companies. 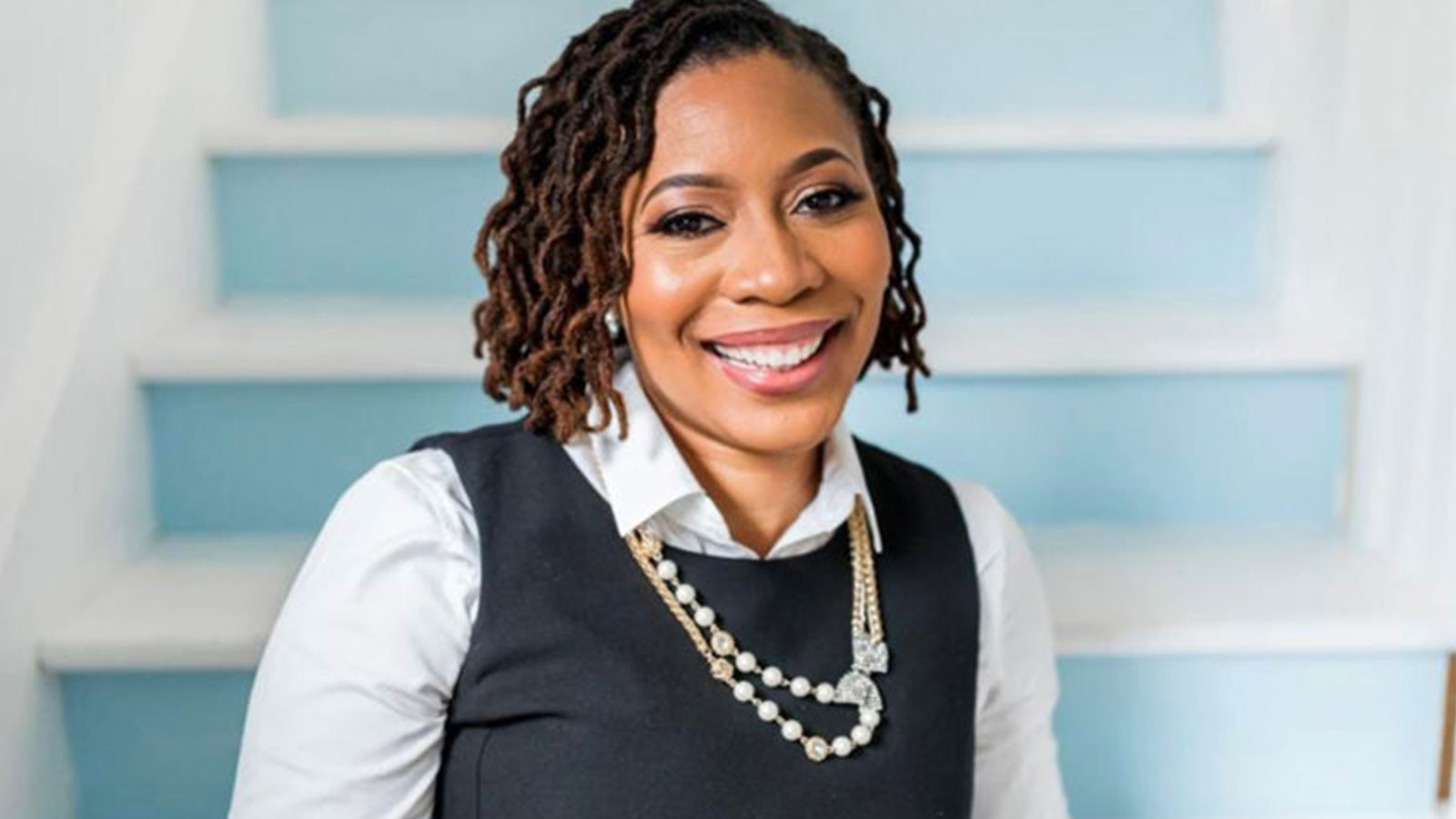 Financial coach April Stewart — better known as “April the Money Coach” — grew up having a fear-based relationship with money because she wasn’t taught much about it, according to Business Insider. Fast forward to her 30s, and her journey to wealth ended up turning her into a self-made millionaire.

“Through budgeting, debt elimination, saving, and investing, I became a self-made millionaire in my 30s,” Stewart told Business Insider.

Now, she helps other women create plans to make themselves millionaires from their income alone. 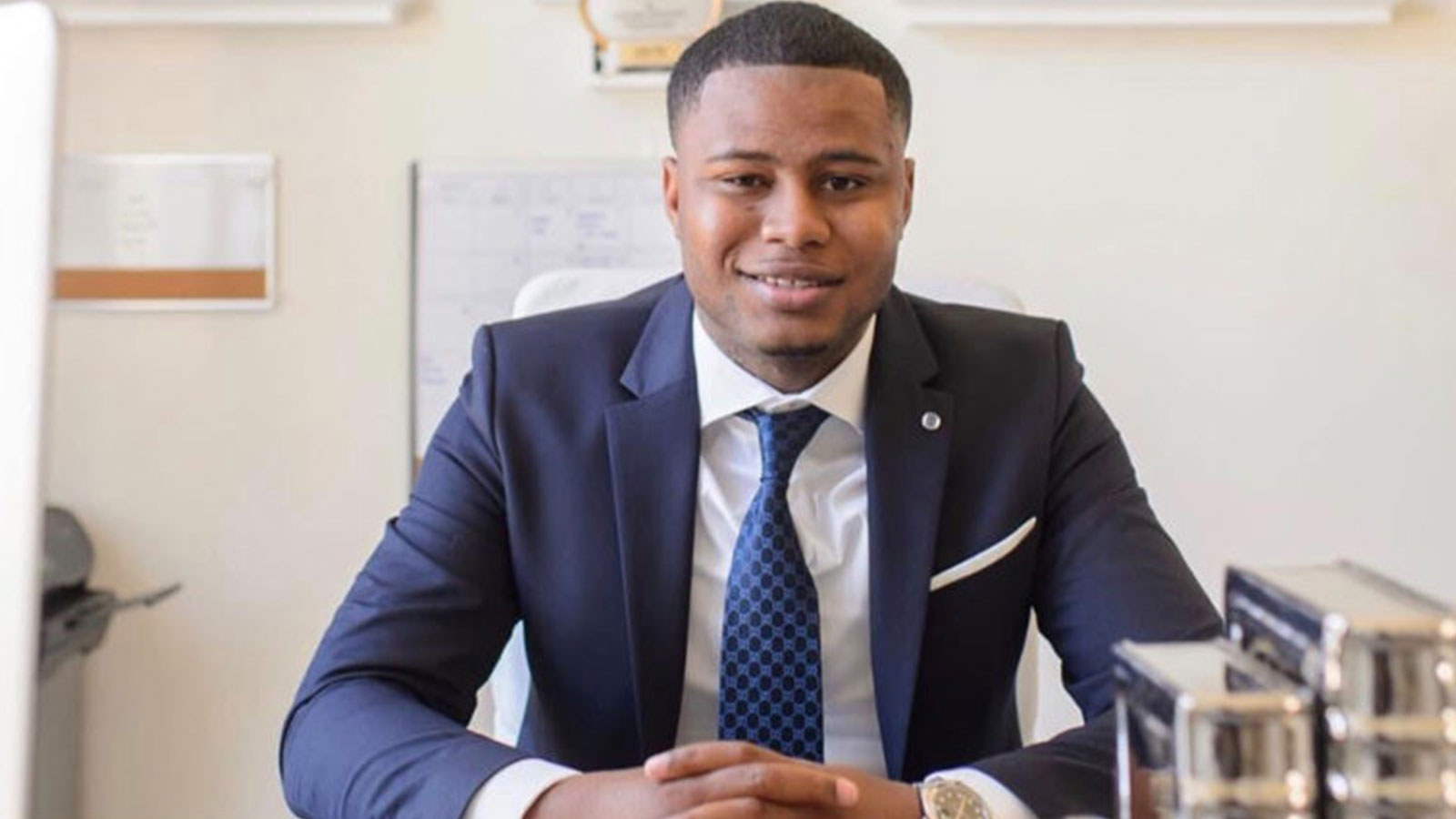 Alfred E. Nickson went from welfare to wealth as one of the youngest millionaires in network marketing in the U.S. As previously reported by Blavity, Nickson started his journey as a businessman at age 19 and became a seven-figure earner in financial services by age 25. In addition to that, he also found success working as a million-dollar success coach who has helped teach others how to grow and build wealth. 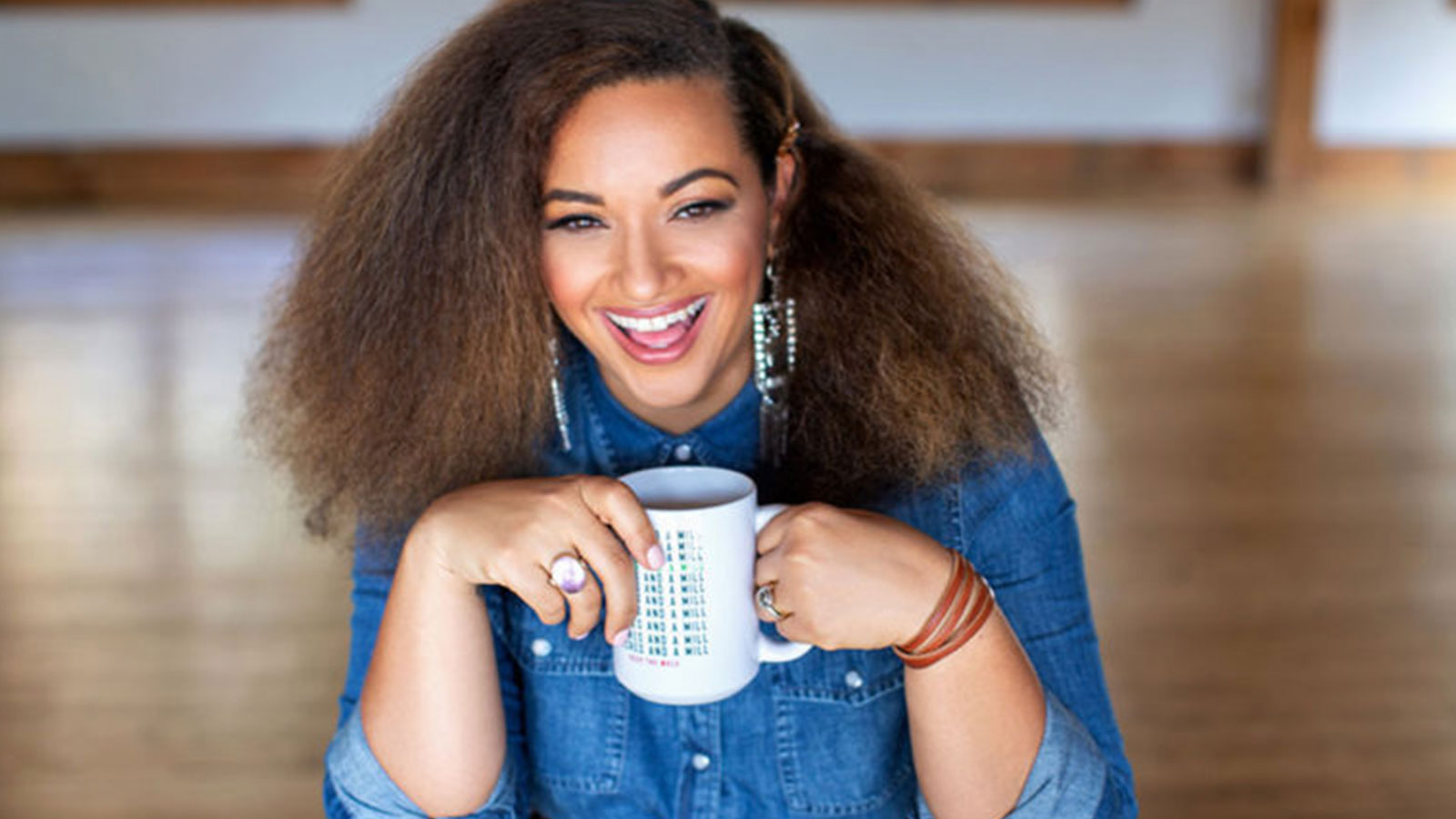 Intellectual property lawyer Rachel Rodgers wanted to find a way to make money in order to help her family with their curable health problems, Business Insider reports. Instead of looking for wealth as a lawyer, she transitioned into coaching which in turn helped her and others touch seven figures.

“I wasn’t going to become a millionaire as a lawyer because I just didn’t love it enough,” Rodgers told Insider. “But once I moved over to coaching, it was something I felt passionate about and it was easy to get to seven figures.”

Building community amongst women like herself is what helped Rodgers join the Black millionaires club, and she continues to build out that community to maintain her fortune. 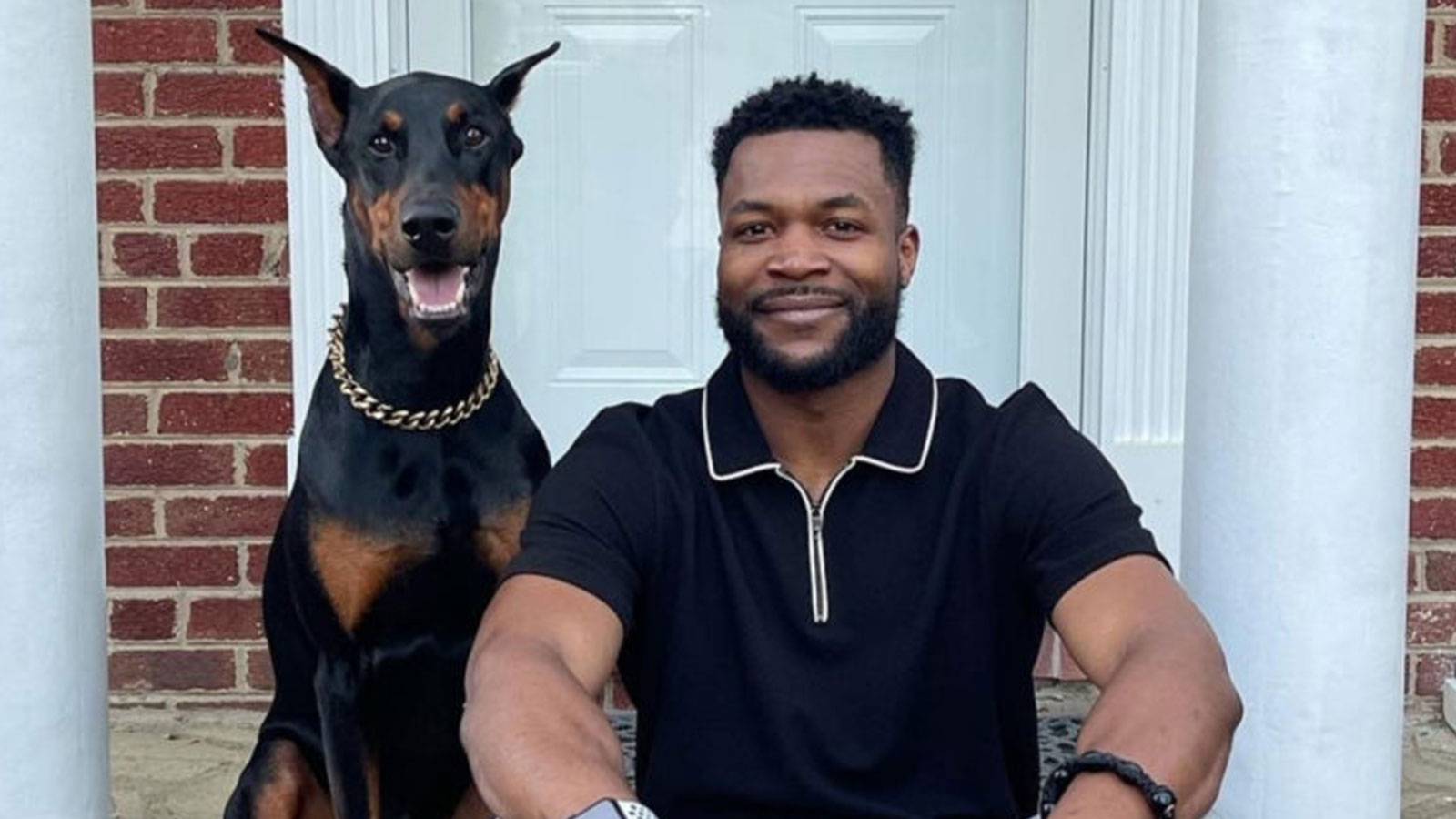 Terrence J. Leonard started off investing his money into the cryptocurrency market back in 2019 — $2,000 to be exact, according to Newsweek. Fast forward to April 2021, his investments hit $1 million and now he’s a cryptocurrency millionaire. His initial goal when investing was to become financially independent and now he can officially say he’s financially smart. 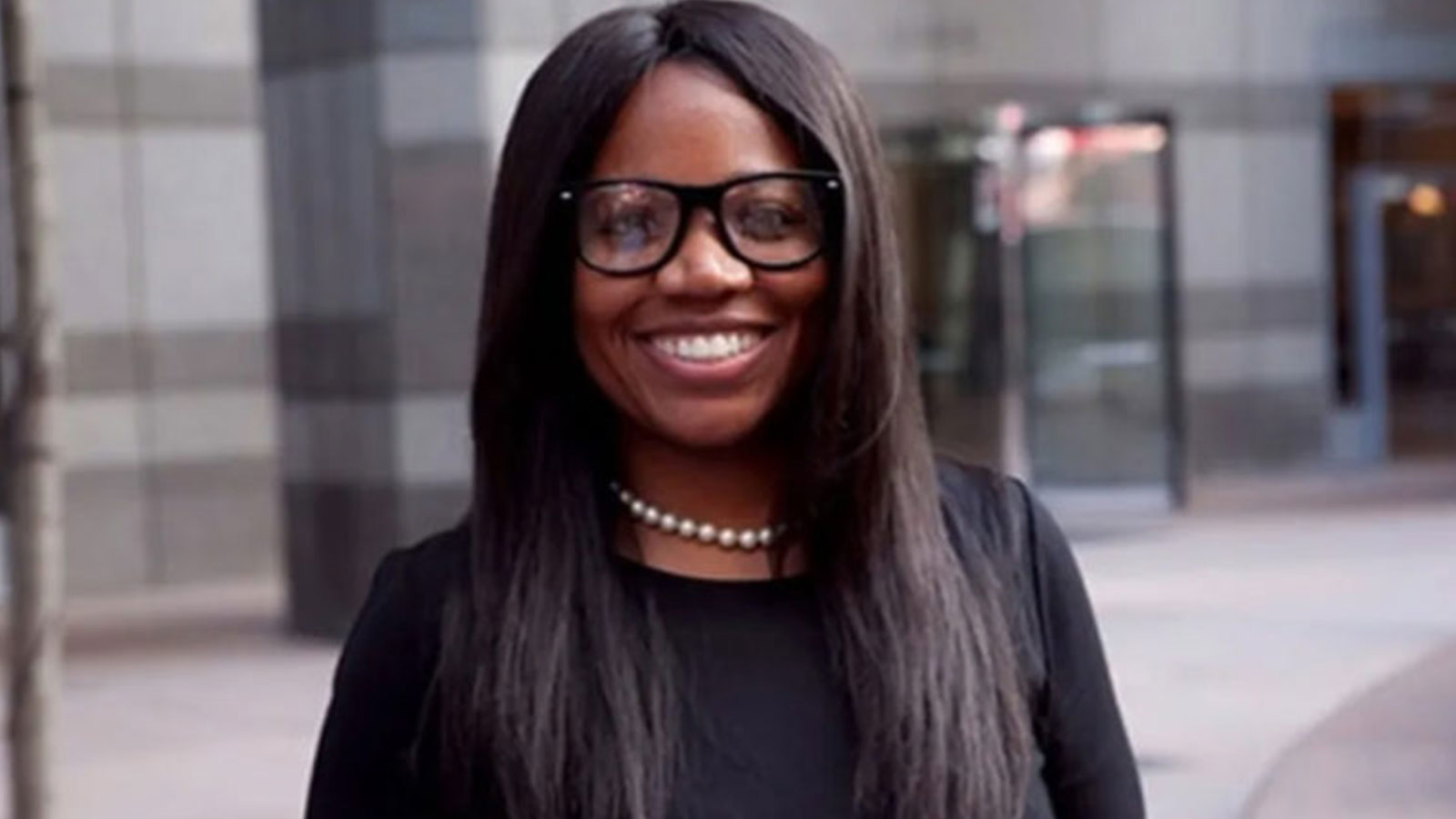 AfroTech previously spotlighted South Philadelphia native Ayesha Selden who used her passion for ownership to take herself from the projects to owning her own properties.

As a real estate investor, she told CBS Philly that her “revenge season” came about from her mission to reclaim what some consider to be some of Philadelphia’s most unwanted neighborhoods. Her dedication then earned her 40 rental properties and turned her into a millionaire by age 30. Today, she’s using her journey to inspire others and stress the importance of Black ownership. 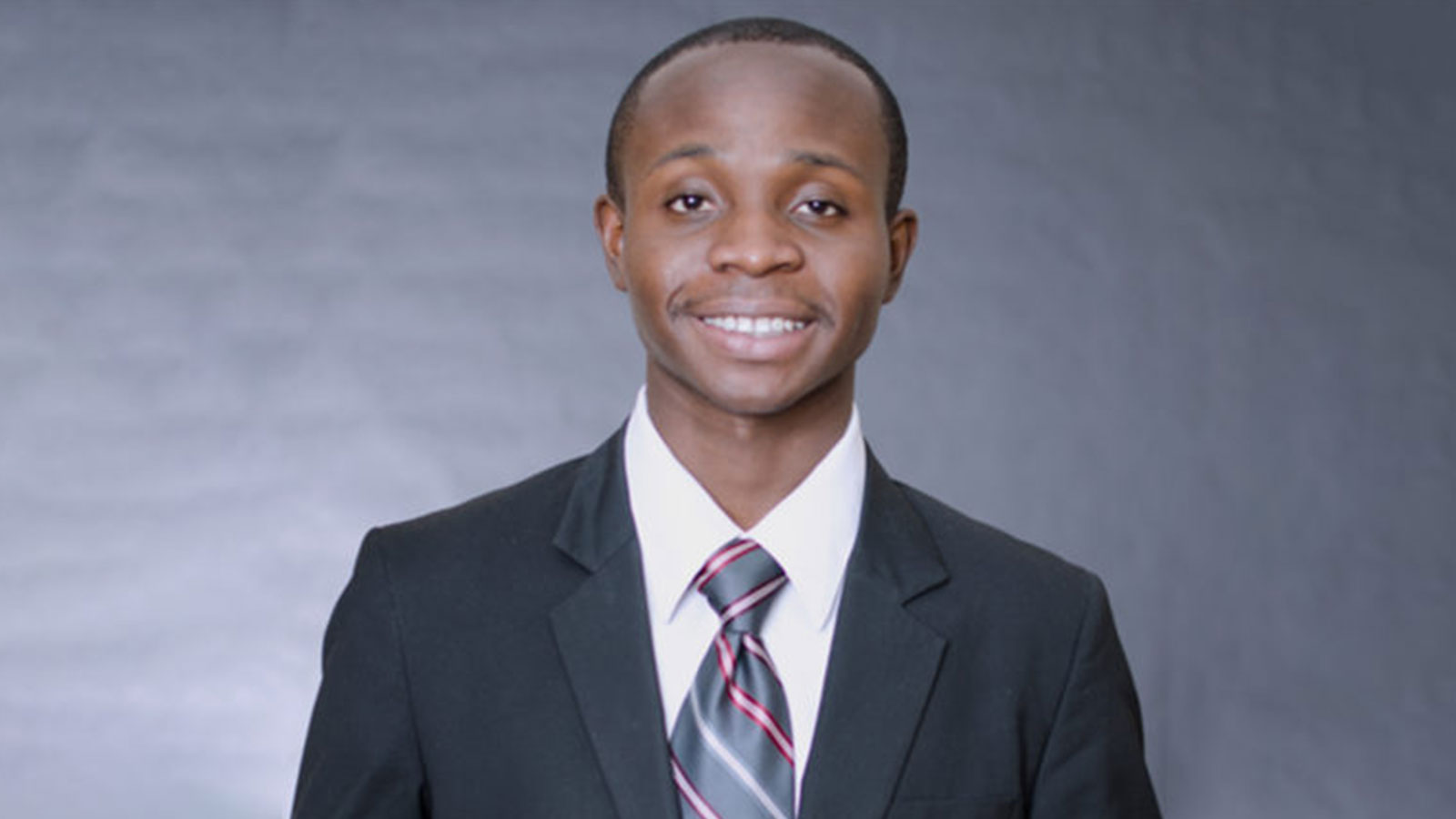 Ghanaian-born entrepreneur Jeff Badu used to be a gang member in Chicago before a life-changing event pushed him to turn his life around. Badu reportedly became a millionaire by the age of 25.

As the owner of his own accounting firm, Badu Tax Services, the 28-year-old makes millions working as a tax practitioner and is now paying it forward to the youth in his community by teaching them financial literacy.

According to Chicago Defender, Jeff’s Badu Foundation — which caters to youth ages 6-18 — offers young people courses in saving, budgeting, and investing. It even offers them scholarships upon completion.