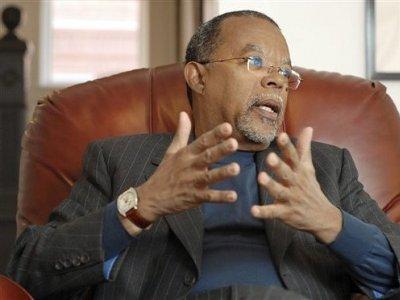 The final installment of Dr. Henry Louis Gates’ latest PBS series, “Many Rivers To Cross” was nothing to write home about.

It was a lazy and dishonestly drawn picture purporting to do what black scholars whoring for the establishment in the age of Obama are always trying to do, namely paint the rise of the black misleadership class and its first black president, Barack Obama as the logical and the inevitable outcomes of the black Freedom Movement of the fifties and sixties, and of what they misleadingly the Black Power movement of the sixties and seventies.

I call it “lazy” because instead of illuminating the contexts, the causes and the consequences of social and historical forces like real historians are supposed to do, Gates spins up a series of images and vignettes connected only by superficial commentary and narration.

He begins with the assassination of King, the rebellions in dozens of US cities, and five or six minutes on the Black Panther Party, emphasizing armed self-defense and coolness, while entirely omitting its socialist politics and how its opposition to the horrifically bloody war in Vietnam in which 2 or 3 million Asians died won it lots of allies in white America and around the world. The Black Panther Party was in fact not a Black Power movement, so much as a movement of black people against capitalist and racist empire.

In place of real analysis, Gates slides in a couple chummy minutes with Ron Karenga, nowadays a fellow professor whose US organization, as part of the FBI’s COINTELPRO back in the day, murdered several Panthers in cold blood. Gates and Karenga share a chuckle about how FBI boss J. Edgar Hoover really didn’t mean what he said about the Panther Party being the “greatest threat to the internal security of the United States.” What Hoover really feared, the guy who shot Panthers offered helpfully, was “…a united black front.”

From there, Gates slips in quick succession back to the Panthers, to “black is beautiful” and Don Cornelius’s Soul Train, to affirmative action and the birth of the current corporate-oriented black elite, including his own experience at Yale. He solemnly reflects upon the Cosby’s and how the image of upwardly mobile black life spoke to his own experience. Gates doesn’t forget to remind us that most of black America remains relatively poor, over-policed, ill-housed and generally ill-served, and even uses the term “mass incarceration” a good two dozen times. At 36 minutes he mentions Katrina, but the only analysis offered is Kanye West on how “George Bush don’t like black people.” From there Gates segues to Barack Obama’s visit to Katrina evacuees at the Houston Astrodome, and the tears many shed at his inauguration.

A real historian noting the real status of black political power might have pointed out that Democrats, including the numerous and powerful Congressional Black Caucus refused to convene hearings on Katrina for fear of being labeled the black folks’ party going into the 2006 elections. But Gates is not laboring under that burden.

Skip Gates doesn’t want to teach us 52 minutes of history. That’s not his job. His job is to justify the glittering careers of people like himself and his class, and the First Black President who are somehow supposed to represent the oppressed, even as they remain oppressed. His job is proclaim that he and his like are the pinnacles of black achievement, the fruits of our people’s long struggle, the aim of and the end of the long march of black history, or something very like it.

For Black Agenda Radio, I’m Bruce Dixon. Find us on the web at www.blackagendareport.com.

Bruce A. Dixon is managing editor at Black Agenda Report, a state committee member of the Georgia Green Party, and forty some years ago was a rank and file member of the Illinois Chapter of the Black Panther Party. Contact him via this site’s contact page, or at bruce.dixon(at)blackagendareport.com.