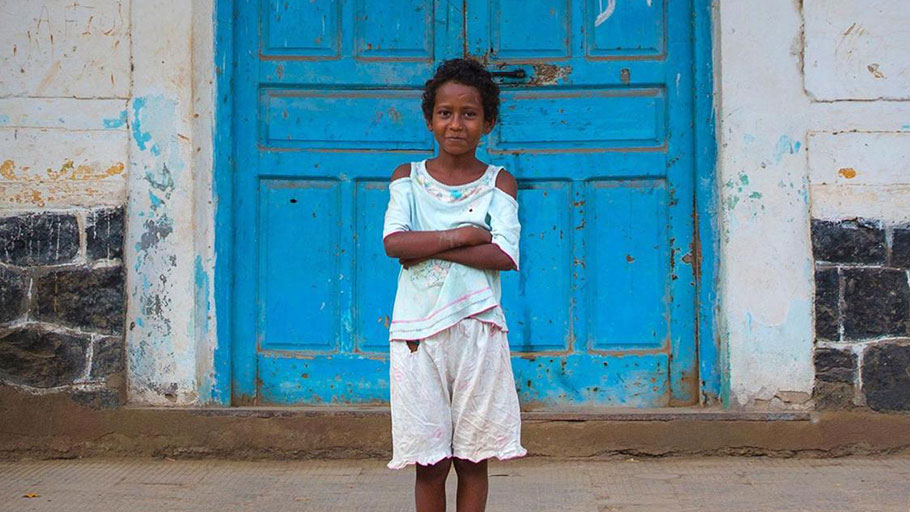 The AfroTurks who lost their language

You Are Here: Home » Blog » Editors' Choice » The AfroTurks who lost their language

While Turkey is home to many ethnic minorities, this community often attracts immediate attention, particularly in the wake of the recent refugee crisis.

In the sleepy village of Naime, 60km southeast of the Aegean port of Izmir, a woman who claims to be 106 years old was trying to remember the founding of the Turkish Republic in 1923.

Dressed in baggy shalvar trousers, Hatice was huddled on a bench under the vine-covered veranda of her tiny house, her movements slow in the intense June heat. She squinted into the middle distance: “Yes, lots of drumming and trumpets.”

Hatice’s 93-year-old memories were understandably vague, but then, something else occurred to her.

“Atatürk freed my father. He was a free man after the Republic.” 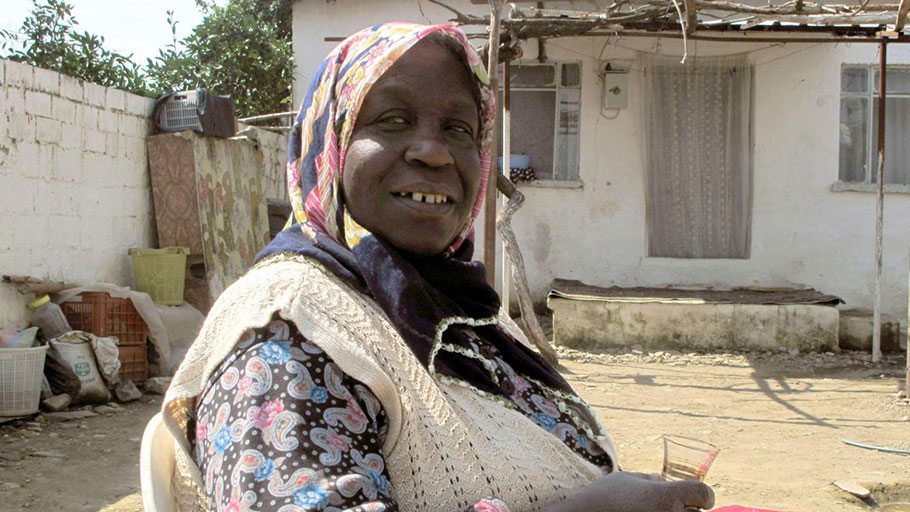 Afro Turks have tried over the generations to integrate as much as possible (Credit: dpa picture alliance / Alamy)

Hatice is the proud possessor of a Turkish ID card, but her parents were not. She knows very little about her family’s roots, only that her ancestors were among the hundreds of thousands of slaves brought from the East African coast to the Ottoman Empire in the late 1800s. Little knowledge of this African heritage remains; Hatice speaks only Turkish, and seemed irritated by my questions about her family history, most of which she could not answer. She could tell me that her parents were only freed in 1924 after the founder of the Turkish Republic, Mustafa Kemal Atatürk, established laws of equal citizenship in the new republic’s constitution.

Hatice, in common with many rural Turkish women of her generation, never went to school, married at 16 and had nine children. Although free, her life has been particularly hard as a black woman in a country defined by fierce nationalism and forced assimilation of minorities.

“After he was freed, my father found himself some cows and a patch of land. Then he was murdered by bandits. We somehow survived,” she told me.

While Turkey is home to many ethnic and religious minorities, members of the Afro-Turk community attract immediate attention in big cities, particularly in the wake of the recent refugee crisis, when they have often been mistaken for Eritrean or Somalian refugees trying to get to Europe.

Although some estimates put the number of Afro Turks as high as 100,000, the community remains relatively unknown, especially outside of the Aegean area where many slave families were sent to work on the cotton fields near the port of old Smyrna (modern day Izmir) in the 18th Century, and where many were relocated in the last few decades of the Ottoman Empire. 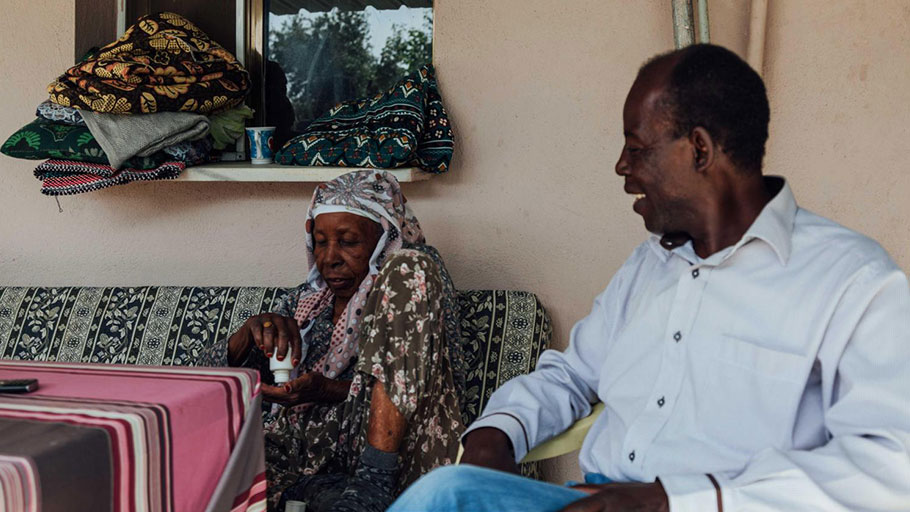 Hatice and her son Esat in the courtyard of their home (Credit: Bradley Secker)

Hatice’s son, Esat, was surprisingly cheerful when it came to the subject of integration. Under the shade of the veranda, he spread out an album filled with photographs of himself as a young man carrying out his military service in Northern Cyprus and working in a hotel on the coast. His was the only black face in these photos.

Esat, anxious to belong, downplayed the prejudice I had heard about from other members of the Afro Turk community, especially those in Izmir. Ironically, it is in the big cities where they say they stand out the most; in the villages they are generally accepted as part of the community.

“Everyone can live in Turkey, variety is beautiful,” Esat insisted. “If a garden doesn’t have lots of different flowers and trees, is it still beautiful? No! If people are racist, it just means they are ignorant. I don’t take any notice. I am a Turk, that is all.”

“It’s a shame we have lost our African language, the language our great-grandparents spoke. Every minority in Turkey has its language – the Kurds, the Zaza, even the Laz. But we have only Turkish, and we don’t know anything about our ancestors.” 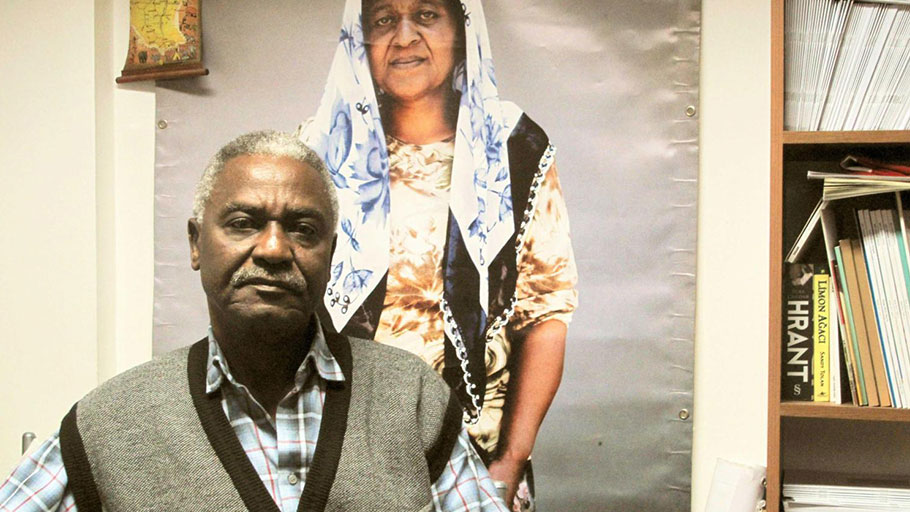 Although some estimates put the number of Afro Turks as high as 100,000, the community remains relatively unknown (Credit: dpa picture alliance / Alamy)

Afro Turks are nominally Muslim, with nothing to differentiate them from most Turks apart from an evidently different ethnic makeup. But as a prejudiced ethnic minority, they have tried over the generations to integrate as much as possible.

“After years of suffering, you hide what makes you different,” said Orhan, sagely. “That is why our parents and parents’ parents did not teach us their language. They did not want to make us different, they wanted us to only to be Turkish.”

Two days later, I went to Izmir to hear Professor Ehud Toledano of Tel Aviv University, the world’s foremost authority on the Ottoman slave trade, deliver a speech to an audience eager to hear more about their heritage.

“There is an expression in social anthropology,” he told the assembled villagers, who had been bussed in for the occasion from villages near Izmir where many of the Afro Turks have lived for generations. “‘The first generation lives it, the second rejects it and the third researches it.’ I think we are seeing the third stage happening today in the Afro-Turk community.”

If Toledano is correct, Hatice has lived the immediate post-slave experience, her son Esat has rejected it and the younger generations of Afro Turks are being actively educated about it. Among Toledano’s audience were around 30 children, wide-eyed as they looked up at large graphs showing the number of African slaves brought to Turkey in the 19th Century.

Toledano’s talk formed part of the Calf Festival (Dana Bayramı), an Afro Turk festival recently resurrected after a long hiatus by members of the community anxious to re-embrace their history.

Originally this was an annual tradition – in which a decorated calf was paraded around, collecting donations and well wishes for spring – among the African slave community during the days of the Ottoman Empire. It was then practiced in secret after the secularist Atatürk’s ban on non-state-controlled religious institutions in 1925, which extended to superstitious practices such as this one with its trace remnants of African tribal practices. In the 1960s the practice died out, only to be brought back a decade ago by Mustafa Olpak, a 61-year-old local Afro-Turk who managed to trace his heritage to Kenya, via Crete. He was inspired by his research to establish Izmir’s Afro Turk Foundation in 2006, in an effort to connect the disparate community. 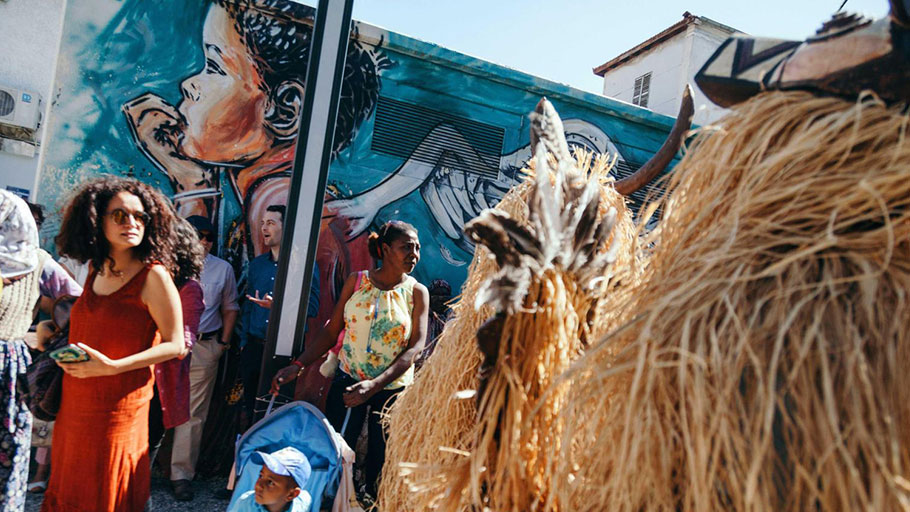 There remains ample scope for Olpak’s efforts: just 12km south of Naime, 86-year-old Fehmi Yavaser – one of three black men in the village of Belevi, and known as “Arab Fehmi” – had never heard of the Calf Festival and apparently had no interest in his background nor any connection to the Afro community. Sitting outside the village cafe, among the other retired men sipping lemonade and playing backgammon, Fehmi assumed, at first, that I had come to interview him about his semi-professional boxing career or the 18 years he spent working in Germany. He looked bemused at my interest in his family background.

“My mum was born in this village, and her mother before her,” he told me, shrugging. “What can I say? I’m a local.” His unspoken, uncomfortable question was: “Why am I so interesting, just because I’m black?”

At the other end of the spectrum was 65-year-old Ahmet Doğu, a retired worker in the former state-owned tobacco factory in Izmir and an avid member of the Afro Turk Foundation. Doğu was entirely frank about the discrimination he has faced as a black man in Turkey.

“Whether you like it or not, it does get to you,” he said soberly, sitting outside the foundation’s one-roomed office in Izmir’s shopping district, describing how mothers on the street mutter superstitious phrases as they pass him with their children.

“They pray that their children will not turn out so black,” he said, grimacing slightly. “They touch wood and look away from me.”

More insidious, however, is the way Afro Turks are referred to in apparently friendly social circles as “Arab”, a term which has been traditionally used in Turkey for anyone dark enough to be either Arab or African.

“We call ourselves Arab, too,” Ahmet said. “It is better than “African”, which has such bad connotations – when people think of Africans they think of cannibalism and backwardness. We do not want to be associated with that. These days, we also call ourselves Sudanese or Libyan or whatever, even though we don’t know exactly where our families were from.” 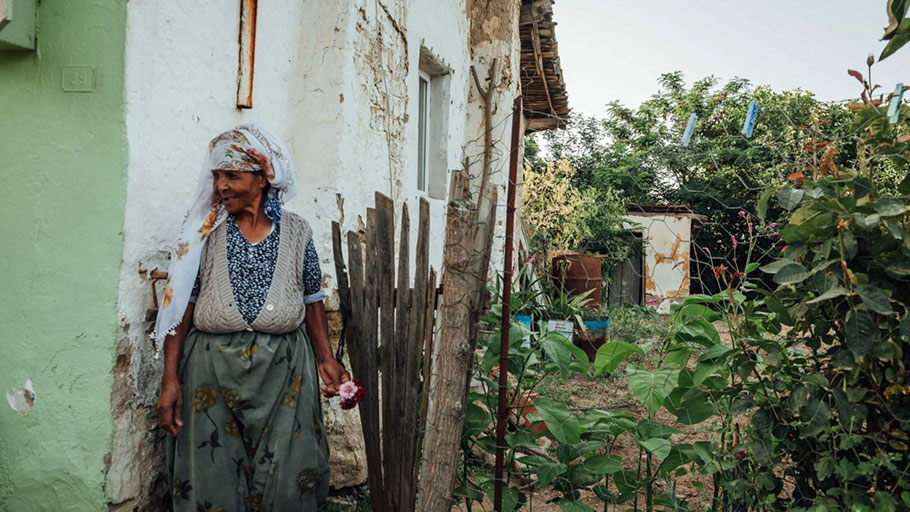 In the villages, Afro Turks are generally accepted as part of the community (Credit: Bradley Secker)

Ahmet insisted, however, that the situation is much better than it used to be.

“It was worse in the days when people really had no idea about black people – at least now we are more on television, on the internet, because of American culture.”

In the village of Yeni Çiftlik, 8km northeast of Naime, Afro Turk children played in the street, unaware of their relatively privileged position in the history of their community. Adil, a striking eight-year-old boy with dark skin and green eyes, had the second name “Zenci”, now a pejorative Turkish word for “black”, roughly equivalent to “Negro”. It was the name given to his great-grandparents under Atatürk’s Surname Law in 1934, the first time Turkish citizens were allocated surnames. The fact that the Zenci surname has endured indicates that the Afro Turk community still has some way to go in owning itself as a minority based on something other than skin colour.

Nevertheless, Adil is part of a generation that is being taught to embrace their roots, rather than forget or hide them. He is the future of the Afro Turk community.

This story was originally published September 8, 2016.