You Are Here: Home » Editors' Choice » Archiving While Black 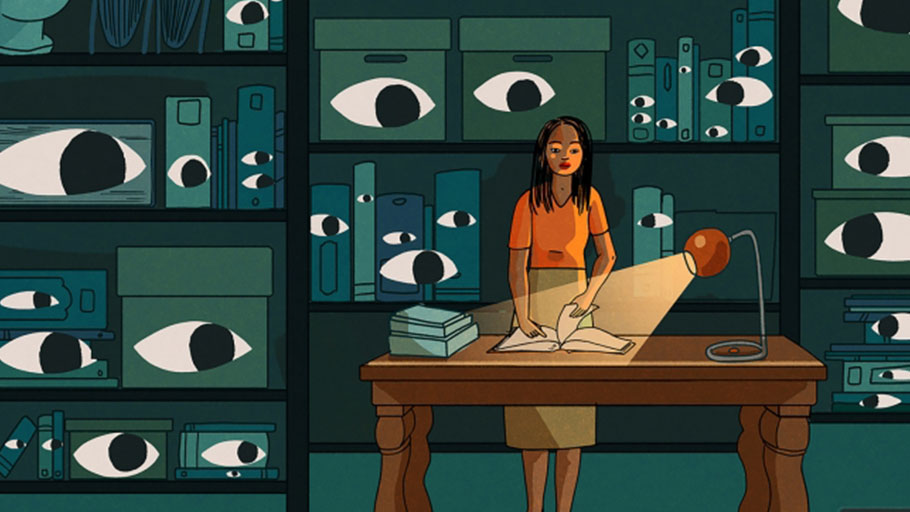 By Ashley Farmer, The Chronicle of Higher Education —

Among the things 2018 will be remembered for is mainstream culture’s realization that white Americans use the police to challenge black entry into “white” spaces. Countless viral news stories detail how white people have called the police on black people for cooking, shopping, driving — basically for existing while black. A black body in a space presumed to be white is at best out of place and at worst a threat. This reality extends to less visible spaces, such as the historical archive. The archive, and black marginalization within it, has important implications for both scholarly and popular ideas about history.

The experience of archiving while black was perhaps best captured by the famed African-American historian John Hope Franklin. A native of Oklahoma who came of age during Jim Crow, Franklin experienced a series of formative racist incidents that led him to pursue a career in history. In his 1963 essay “The Dilemma of the American Negro Scholar,” he described his efforts to view collections at an archive in North Carolina. Franklin recalled:

My arrival created a panic and emergency among the administrators that was, itself, an incident of historic proportions. The archivist frankly informed me that I was the first Negro who had sought to use the facilities there; and as the architect who designed the building had not anticipated such a situation, my use of the manuscripts and other materials would have to be postponed for several days, during which time one of the exhibition rooms would be converted to a reading room for me.

It was never assumed that a black person would, in Franklin’s words, have “the capacity to use the materials there.” This issue of capacity was an index of the racist ideas at the time. At the core of this claim, and the alarm over his physical presence in the archive, was the fact that neither architect or archivist had conceived of black people as intellectuals who would inhabit such scholarly spaces.

From its interior design to its lack of diverse holdings and resources, archives continue to marginalize black scholars.

Propelled by these experiences, Franklin made it his goal to “weave into the fabric of American history enough of the presence of blacks so that the story of the United States could be told adequately and fairly.” He became one of the foremost historians of black history, producing seminal texts such as From Slavery to Freedom: A History of African Americans (1947) and educating a new generation of historians at institutions such as Fisk University, the University of Chicago, and Howard University.

More than half a century later, black historians often still feel out of place in the archive. Many of us can recount an archivist’s sense of surprise upon seeing us conduct research confidently, clearly familiar with the procedures and regulations. Assuming it is not one of the few repositories dedicated to black history, employees are sometimes startled that the archive even houses black history records and confusion as to the importance or significance of these collections.

Perhaps most universal is the weight of being the only person of color in the room surrounded by images and artifacts of America’s favorite colonizers. In more than one instance, I have looked up from my research to see paintings of white men famous for committing heinous acts against indigenous communities, or racist artifacts displayed proudly as if devoid of the context in which they were produced. If previous archive architects had not anticipated the arrival of Franklin, then subsequent administrators did not design the archive with the inclusivity of nonwhite scholars in mind. From its interior design to its lack of diverse holdings and resources, archives continue to marginalize black scholars.

As waves of anti-bias conversations sweep the nation in the wake of “while black” incidents, it’s important to ask how this can shape academe — and archives in particular. In higher education we often try to remedy a lack of inclusion by focused hiring, diversity measures, and new admissions policies. Increasing numbers is one way to address the problem of black people seeming “out of place.” Yet, as Franklin’s experience shows us, even if the doors to the university are open, scholars of color are still seen as anomalies or threats in many of the spaces that support academic research and advancement. I can recall multiple instances in which both archivists and patrons looked surprised and worried when I brought my majority-black classes into the archive for a lesson. Moreover, one has to only consider other incidents — police accosting a black student at gunpoint outside a Yale library; a white graduate student calling campus police on a black graduate student who was napping in a common room of their dormitory, also at Yale — to know that the presence of black people still incites panic on campuses across the country.

Rather than accept this marginalization, scholars, archivists, and activists alike have disputed the very idea of “the archive” — from the privileging of certain types of artifacts to the scope, structure, and function of the institution. In Dispossessed Lives: Enslaved Women, Violence, and the Archive (University of Pennsylvania Press, 2016), Marisa J. Fuentes challenges the authority of white-authored archives by questioning the power dynamics embedded in such sources. Others have emphasized that both in mission and action archives should refute white supremacy and that archivists should fundamentally rethink how they collect, prioritize, and even categorize collections with this in mind. At the core of these claims is not only a concern for individual scholars, but also the need to address the biases built into the structure and design of the archive itself.

The uneasy reception of black scholars in archives is about more than physical academic space — it’s a wake-up call to build a more capacious foundation for our shared histories. In the past year alone, the misremembering and misconstruing of the past has featured as a key source of current racism and political strife. In response, scholars, activists, and pundits have all pointed to historical education, accurate preservation, and a true reckoning with the past as the critical first step to moving beyond facile understandings of race in this country. Yet how we can move forward when the very act of recovering this history fails to include black and brown people as part of its integral structure? Archiving while black remains, as it was for Franklin, far too much of a historical incident in and of itself.

Ashley Farmer is an assistant professor of history and African and African-diaspora studies at the University of Texas at Austin. A version of this essay originally appeared on Black Perspectives, the blog of the African American Intellectual History Society.