At UN, memorial to transatlantic slave trade will send ‘powerful message’ for years to come

You Are Here: Home » Blog » Editors' Choice » At UN, memorial to transatlantic slave trade will send ‘powerful message’ for years to come 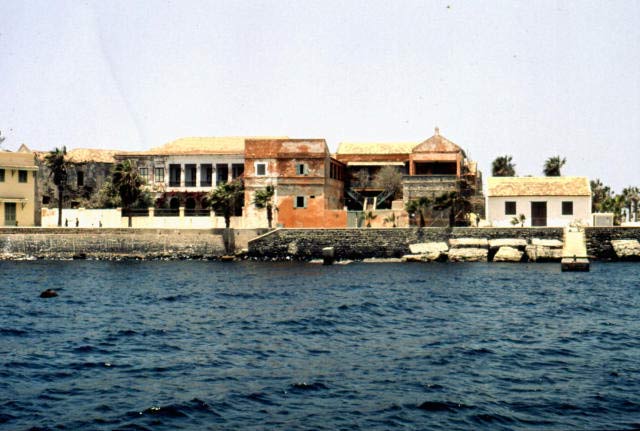 General view of the Island of Gorée, Senegal, which was from the 15th to the 19th century, the largest slave-trading centre on the African coast. Photo: UNESCO/Dominique Roger

26 September, 2014 – The United Nations took one more step towards constructing a permanent commemoration to the horrors of the transatlantic slave trade today in what the head of the United Nations Educational, Scientific and Cultural Organization (UNESCO) said would be “a message of hope, of tolerance, of human dignity.”

At a high level ceremony on the margins of the UN General Assembly, the representatives of six nations – The Netherlands, New Zealand, Qatar, Senegal, Jamaica and Spain – marked the financing of The Ark of Return, the new memorial which is expected to be unveiled on the grounds of the UN’s Headquarters in New York in the beginning of 2015.

Speaking at the event, UNESCO’s Director-General, Irina Bokova, highlighted the memorial’s role as “a powerful symbol” and said UNESCO was “deeply honoured” to have been associated with the coordination of the process by which the memorial was selected.

The Ark of Return is the design of Rodney Leon, also the architect and designer of the African Burial Ground National Monument in Manhattan. It was selected as the winner of an international UNESCO-led competition in August 2013.

Maher Nasser, Acting Under-Secretary-General of the UN Department of Public Information – the body that manages the UN’s Remember Slavery commemorative programme – was equally humbled by the role the memorial would play in ensuring that the legacy of the slavery and the transatlantic slave trade not be forgotten.

“The memorial will be an important addition to UN Headquarters complex when it is built,” he told those gathered, “and it will send a powerful message on the need to remain vigilant about the dangers of racism and racial discrimination today.”

In his remarks, Ambassador Tete Antonio, the representative of the African Union to the UN, similarly described the inauguration of the memorial as “a momentous time in the history of the United Nations.”

“The overwhelming support of Member States is evident today in the generous contributions that continue to flow into the trust fund for the construction of the Ark of Return,” Mr. Tete Antonio noted.

“This is a symbol set in marble that will stand high on the grounds of the United Nations for generations to come lest we forget.”

The project is funded through generous voluntary contributions from Member States, complemented by funding from foundations and private individuals. A Trust Fund account is administered by the Fund of the UN Office for Partnerships.

As at 15 September 2014, pledges and contributions to the fund stand at about $1.5 million, leaving a minimal funding gap of approximately $500,0000 to complete the project as planned. It is the aim of the Permanent Memorial Committee that the shortfall should be raised by the end of 2014 given the current trend.

Over 70 member States have generously supported the project to date and the Permanent Memorial Committee appeals to others to join the group of contributors in order to bring the project to completion.