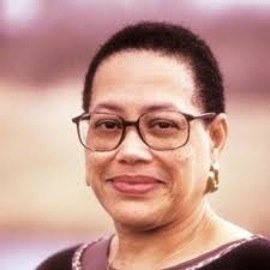 As part of the 43rd annual Congressional Black Caucus Foundation Conference, the National Association of Real Estate Brokers (NAREB) unveiled new and disturbing research on how communities of color are suffering a worsening racial economic disparity. The State of Housing in Black America reveals that while the private sector and financially secure consumers recover financial ground from the Great Recession, much of Black America is being economically left behind.

“African-Americans have a large buying power nowadays, yet we continue to be the most foreclosed and wealth-depleted community in America. We cannot and will not just be bystanders as the American economy continues to rebound.”

Julius L. Cartwright, NAREB president added, “Not only has our homeownership rate plummeted, but also accessing mortgage credit has become nearly impossible outside of government insured programs such as the FHA and VA.”

The report examines how African-Americans and Latinos have been cut off from the housing market and home finance in addition to employment opportunities. Further according to the report, until economic equity and recovery are added to the long-standing issue of equal access to housing, the ability for communities of color — Black and brown — to build wealth will remain an elusive and distant dream.

For example, today the majority of mortgage loans made to African-Americans are FHA-backed. Long lured by FHA’s low down payment requirement (usually 3.5 percent), today’s costs for these loans have increased, particularly in the areas of mortgage insurance and fees. Consequently, although available, FHA loans will cost more over the life of the loans and they will also be higher than a decade ago.

By contrast, the report states that loans backed by Fannie Mae and Freddie Mac, “are all but impossible for many African-Americans to secure”. The typical credit scores of borrowers for these mortgages are in the upper 700 range with down payments at or near 20 percent and usually resulting in a more affordable monthly payment.

According to James Carr, lead author for the report, “One of the major problems with most proposals to revamp Fannie Mae and Freddie Mac is that access and affordability is not the driving goal of those recommendations. Rather, risk sharing between the private and public sector seems to be the driving mantra.”

In the meantime according to the report, nearly five million borrowers remain either in the foreclosure process or are seriously delinquent on their mortgages. Between Jan. 1, 2007 and May 31, 2013, nearly 14.8 million foreclosure notices were filed. Since the onset of the crisis, African-Americans had 7.8 percent of mortgage originations, but 11.6 percent of completed foreclosures. When similar statistics for Latinos are combined, people of color are more likely to have completed foreclosures at a rate higher than 70 percent.

The loss of homes to foreclosures is also lost family wealth. While African-American and Latino families respectively lost 53 and 66 percent of their net worth, non-Hispanic white households lost wealth was limited to 16 percent.

The report states, “More than 90 percent of the amount of total aggregate wealth lost during the collapse of the housing market and the subsequent recession has been recovered. However this wealth recovery is not equally shared across households as a large proportion has occurred for stocks that are disproportionately held by high-income, typically non-Hispanic white households.”

The report urges measurable progress in four key areas before consumers of color can begin to financially recover:

· Reducing the existing number of underwater mortgages through principal reduction;

· Easing of tight mortgage credit; and

“Owning a home has been the most successful vehicle for people of color to build wealth,” observed Carr. “But with a tightening housing market and weak labor market and no exceptional programs to assist communities battered by the crises, the outlook does not look promising.”

Charlene Crowell is a communications manager with the Center for Responsible Lending. She can be reached at Charlene.crowell@responsiblelending.org.