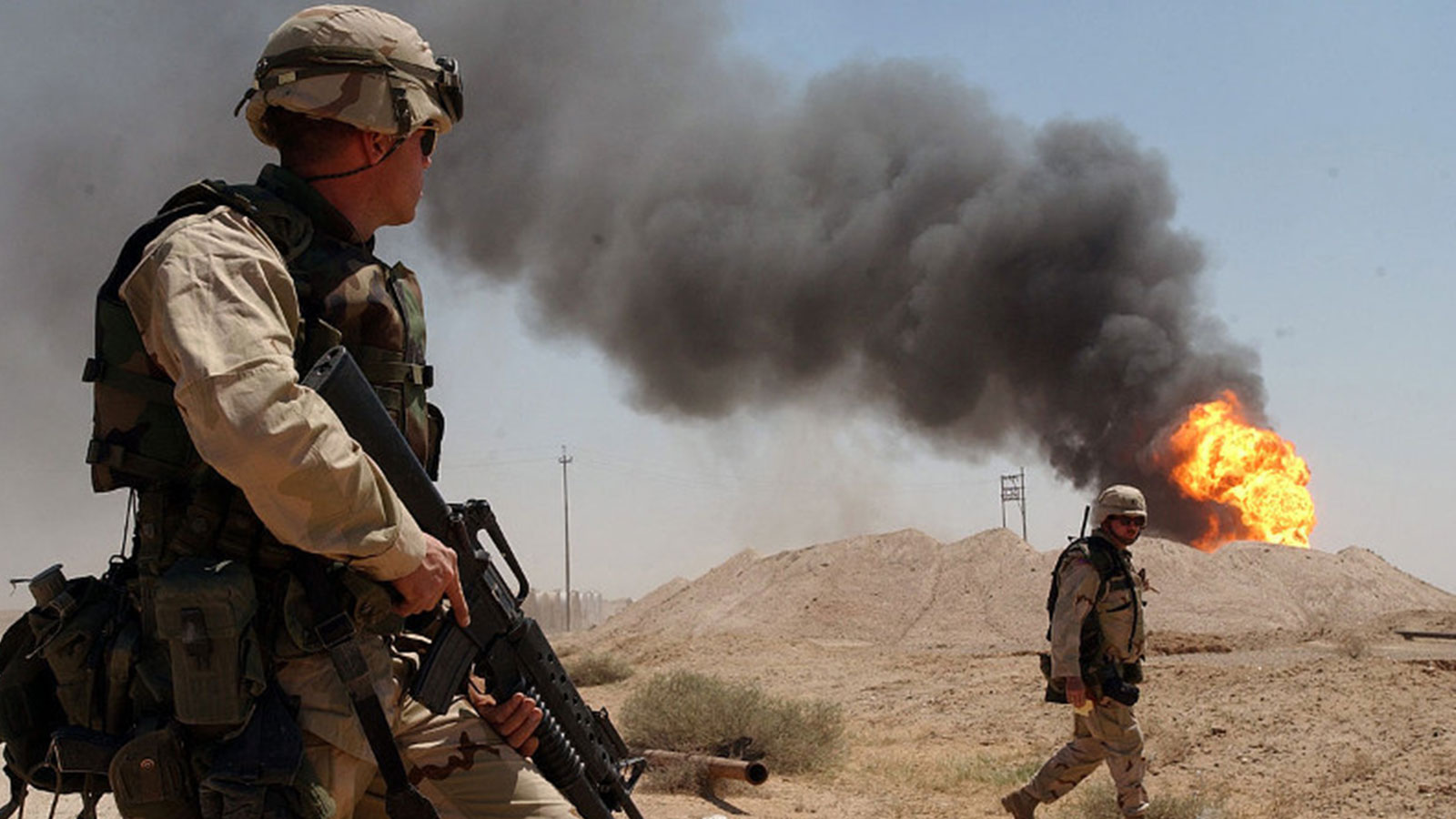 Blood in the sand

You Are Here: Home » Blog » Editors' Choice » Blood in the sand

The U.S. has nothing to show for its efforts after trillions of dollars were spent on wars in Iraq, Syria, Libya, and beyond, but blood in the sand.

The magnitude of the United States’ failure in Afghanistan is breathtaking. It is not a failure of Democrats or Republicans, but an abiding failure of American political culture, reflected in U.S. policymakers’ lack of interest in understanding different societies. And it is all too typical.

Almost every modern U.S. military intervention in the developing world has come to rot. It’s hard to think of an exception since the Korean War. In the 1960s and first half of the 1970s, the U.S. fought in Indochina—Vietnam, Laos, and Cambodia—eventually withdrawing in defeat after a decade of grotesque carnage. President Lyndon B. Johnson, a Democrat, and his successor, the Republican Richard Nixon, share the blame.

In roughly the same years, the U.S. installed dictators throughout Latin America and parts of Africa, with disastrous consequences that lasted decades. Think of the Mobutu dictatorship in the Democratic Republic of Congo after the CIA-backed assassination of Patrice Lumumba in early 1961, or of General Augusto Pinochet’s murderous military junta in Chile after the U.S.-backed overthrow of Salvador Allende in 1973.

In the 1980s, the U.S. under Ronald Reagan ravaged Central America in proxy wars to forestall or topple leftist governments. The region still has not healed.

Since 1979, the Middle East and Western Asia have felt the brunt of U.S. foreign policy’s foolishness and cruelty. The Afghanistan war started 42 years ago, in 1979, when President Jimmy Carter’s administration covertly supported Islamic jihadists to fight a Soviet-backed regime. Soon, the CIA-backed mujahedeen helped to provoke a Soviet invasion, trapping the Soviet Union in a debilitating conflict, while pushing Afghanistan into what became a forty-year-long downward spiral of violence and bloodshed.

Across the region, U.S. foreign policy produced growing mayhem. In response to the 1979 toppling of the Shah of Iran (another U.S.-installed dictator), the Reagan administration armed Iraqi dictator Saddam Hussein in his war on Iran’s fledgling Islamic Republic. Mass bloodshed and U.S.-backed chemical warfare ensued. This bloody episode was followed by Saddam’s invasion of Kuwait, and then two U.S.-led Gulf Wars, in 1990 and 2003.

The latest round of the Afghan tragedy began in 2001. Barely a month after the terror attacks of September 11, President George W. Bush ordered a U.S.-led invasion to overthrow the Islamic jihadists that the U.S. had backed previously. His Democratic successor, President Barack Obama, not only continued the war and added more troops, but also ordered the CIA to work with Saudi Arabia to topple Syrian President Bashar al-Assad, leading to a vicious Syrian civil war that continues to this day. As if that was not enough, Obama ordered NATO to oust Libyan leader Muammar el-Qaddafi, inciting a decade of instability in that country and its neighbors (including Mali, which has been destabilized by inflows of fighters and weapons from Libya).

What these cases have in common is not just policy failure. Underlying all of them is the U.S. foreign-policy establishment’s belief that the solution to every political challenge is military intervention or CIA-backed destabilization.

That belief speaks to the U.S. foreign-policy elite’s utter disregard of other countries’ desire to escape grinding poverty. Most U.S. military and CIA interventions have occurred in countries that are struggling to overcome severe economic deprivation. Yet instead of alleviating suffering and winning public support, the U.S. typically blows up the small amount of infrastructure the country possesses, while causing the educated professionals to flee for their lives.

Even a cursory look at America’s spending in Afghanistan reveals the stupidity of its policy there. According to a recent report by the Special Inspector General for Afghanistan Reconstruction, the U.S. invested roughly $946 billion between 2001 and 2021. Yet almost $1 trillion in outlays won the US few hearts and minds.

Here’s why. Of that $946 billion, fully $816 billion, or 86%, went to military outlays for US troops. And the Afghan people saw little of the remaining $130 billion, with $83 billion going to the Afghan Security Forces. Another $10 billion or so was spent on drug interdiction operations, while $15 billion was for U.S. agencies operating in Afghanistan. That left a meager $21 billion in “economic support” funding. Yet even much of this spending left little if any development on the ground, because the programs actually “support counterterrorism; bolster national economies; and assist in the development of effective, accessible, and independent legal systems.”

In short, less than 2% of the U.S. spending on Afghanistan, and probably far less than 2%, reached the Afghan people in the form of basic infrastructure or poverty-reducing services. The U.S. could have invested in clean water and sanitation, school buildings, clinics, digital connectivity, agricultural equipment and extension, nutrition programs, and many other programs to lift the country from economic deprivation. Instead, it leaves behind a country with a life expectancy of 63 years, a maternal mortality rate of 638 per 100,000 births, and a child stunting rate of 38%.

The US should never have intervened militarily in Afghanistan—not in 1979, nor in 2001, and not for the 20 years since. But once there, the U.S. could and should have fostered a more stable and prosperous Afghanistan by investing in maternal health, schools, safe water, nutrition, and the like. Such humane investments—especially financed together with other countries through institutions such as the Asian Development Bank—would have helped to end the bloodshed in Afghanistan, and in other impoverished regions, forestalling future wars.

Yet American leaders go out of their way to emphasize to the American public that we won’t waste money on such trivialities. The sad truth is that the American political class and mass media hold the people of poorer nations in contempt, even as they intervene relentlessly and recklessly in those countries. Of course, much of America’s elite holds America’s own poor in similar contempt.

In the aftermath of the fall of Kabul, the U.S. mass media is, predictably, blaming the U.S. failure on Afghanistan’s incorrigible corruption. The lack of American self-awareness is startling. It’s no surprise that after trillions of dollars spent on wars in Iraq, Syria, Libya, and beyond, the U.S. has nothing to show for its efforts but blood in the sand.