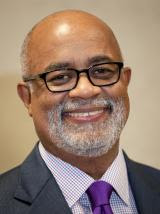 At the end of a recent speech on US–Jamaica relations, former Jamaican diplomat Ambassador Curtis Ward weighed in on what he termed the “untapped technical expertise and resources of the Diaspora” and the role that this group could play as it relates to advancing and strengthening Jamaica’s interests.

Ambassador Ward pointed out that, within various levels of the US government and elsewhere, there have been Jamaican-Americans who successive regimes have failed to call on to positively help address issues impacting the homeland.

While expectedly Ambassador Ward only focused his attention on his country of birth, the fact that there are quite a few people within the Caribbean American community that occupy powerful public positions, and maybe even more importantly have access that can well be leveraged to advance a country or regional interest is often overlooked.

In fact, many Caribbean Diaspora professionals play important roles in the development of more developed countries and within international institutions. The question of an effective role for the Diaspora continues to be a vexing one and as this author has posited in the past – the Diaspora is not a group well understood.

Too often seen as those who have made it, there is a need for the region to pivot towards welcoming the power that many within this group can bring to the equation to influence policy and seek support that could benefit either the homeland or the wider region.

While there are many who wish to return, there is ample evidence that most within the Diaspora in positions of power and with access to influencers are more interested in leveraging their positions in their “homes” away from home, rather than in returning to tinker with local initiatives. This should be a welcome sign for any who may fear that this group is interested in supplanting them.

What the these parties within the Diaspora do need, however, is an agenda that they can sell and advocate for, which does entail giving them a seat at the table to help inform and design the strategy that they could be asked to take on. A seat at the table on issues that bedevil the region, such as financial services, crime and sustainable development would be critical to the mapping out of successful engagement efforts.

This is especially critical for the successful navigation of the alphabet soup of agencies resident in the major seats of power. The engagement of a national or wider Caribbean Diaspora community to help lead advocacy and lobbying efforts can also help blunt the often ill conceived and ill informed initiatives developed in a vacuum by well meaning parties with Caribbean portfolios but little in terms of a point of reference.

While the development of ministerial level positions within many countries to lead Diaspora outreach efforts has been a welcome step, there is a clear a lack of capacity within these offices to engage effectively at a global level. Worse is the apparent lack of a plan as to what agenda items those in the external community can and should support as it relates to leveraging the access that they have.

Stories of Diaspora community members reaching out to governments on issues that they could focus their attention on to benefit the region, yet being shunned, are numerous, and an indication of the apparent lack of trust and understanding of the power that this group has.

Interestingly, perceptions of Diaspora linkages to local political actors may well be one of the reasons why governments may not engage with some on the outside, lending credence to the old adage that all politics is local.

The encouragement to Caribbean governments is that, on a national level, there should be an effort to see all programming as areas where a seat at the table can be created for those on the outside expert enough to bring some value, be it technical support or an advocacy presence. Diaspora engagement efforts could be an undertaking that contemplates tying all elements of a national plan together – be it a focus in health, financial services, tourism, security and or donor/development aid requests.

Through this prism, the Diaspora community can be engaged to lobby and or bring technical skills and even financial support to well designed plans and associated programming. This type of exercise could also develop a pool of Diaspora experts that can be attached to development projects, rather than the lamentable importation of consultants to the region who lack an understanding of the space.

Taking the argument one step further, regional agencies could be challenged to identify and create Diaspora “leads” and “teams” associated with key issues impacting the region, with these agencies entrusting these groups with the power to advocate on behalf the regional space.

Ultimately, the power of the Diaspora should be seen as transcending remittances and funding for local disaster relief efforts and instead be viewed through the lens of an untapped group seeking to play an activist and positive role, by bringing their skills and access to the table.