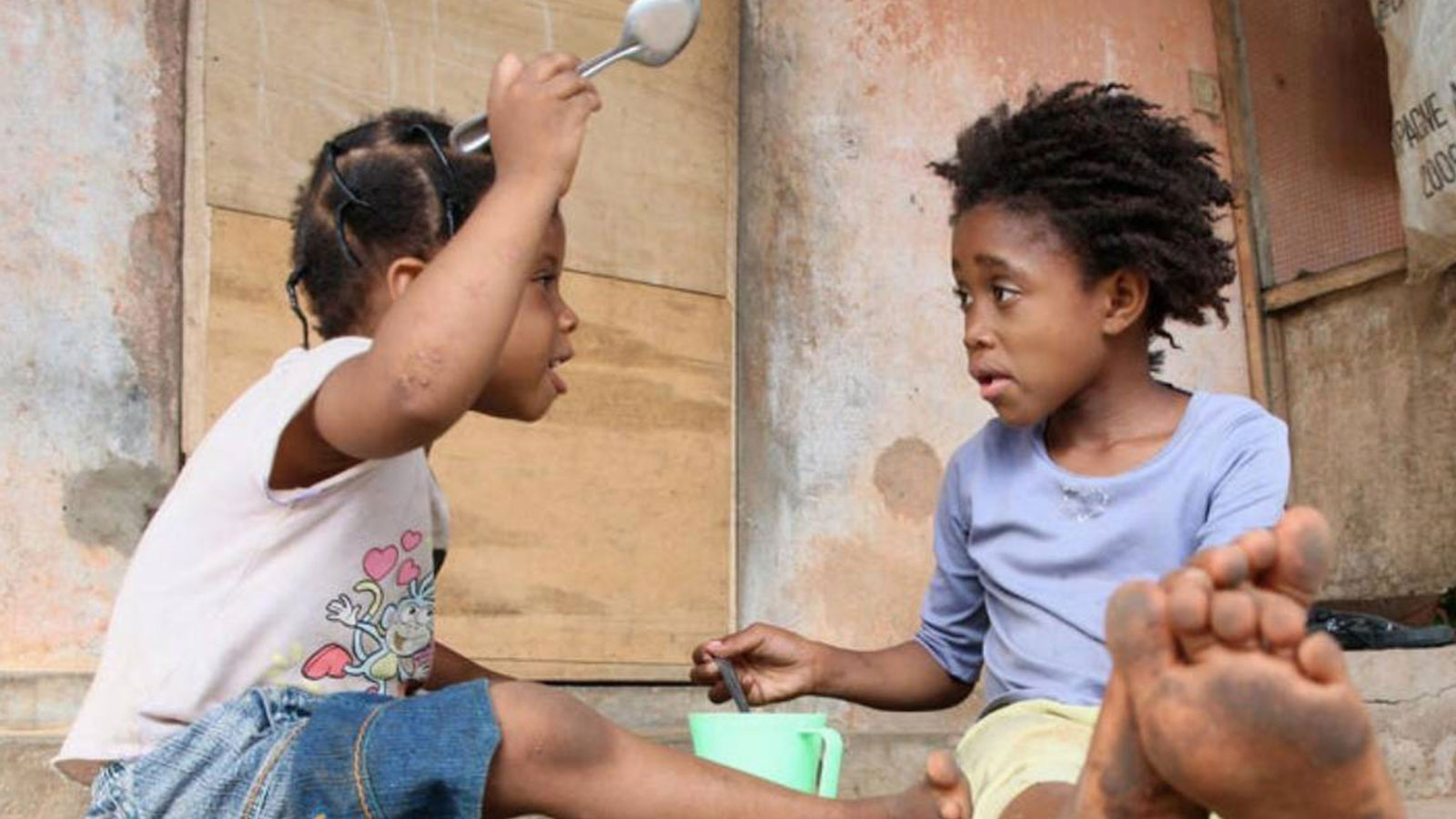 In the Caribbean, severe food insecurity has increased by 72% in the past two years

You Are Here: Home » Blog » Editors' Choice » In the Caribbean, severe food insecurity has increased by 72% in the past two years

Severe food insecurity has disproportionately affected lower income respondents and the most vulnerable with deepening effects since the start of the pandemic.

A series of surveys administered by the Caribbean Community (CARICOM) in partnership with the United Nations World Food Programme (WFP) has revealed that, in the English-speaking Caribbean, the estimated prevalence of severe food insecurity has increased by 72% since the onset of the pandemic and by 44% as compared to one year ago.

In April 2020, CARICOM in a partnership with WFP began tracking the impact of COVID-19 on food security and livelihoods across 22 countries and territories in the English and Dutch-speaking Caribbean through the CARICOM Caribbean COVID-19 Food Security and Livelihoods Impact Survey. The surveys were administered in April 2020, June 2020 and February 2021, with the fourth and most recent round taking place in February 2022.

Experiences with food insecurity are due to the unique interplay of a multitude of factors associated with food availability, food access, food utilization and economic vulnerability. Using WFP’s Consolidated Approach for Reporting Indicators of Food Security (CARI), survey respondents were placed into categories on a food insecurity scale, based on a combination of variables, with the most extreme being labeled “severe.”

“Severely food insecure households struggle to put food on the table every day or have to employ coping strategies that undermine their ability to do so in the mid-term just to meet the needs of that day,” explains Regis Chapman, WFP Representative and Country Director for the WFP Caribbean Multi-Country Office.

The findings of the CARI exercise reveal that while current levels of food insecurity are lower than in June 2020, and have remained relatively stable over the past year, they have increased by 60% since the first CARICOM-WFP survey in April 2020. Severe food insecurity has increased with each round, however, recording a significant increase of 72% since April 2020.

The survey findings reveal that two years into the pandemic, diets have deteriorated, and food consumption has decreased, with 48% of respondents reporting that they were unable to eat healthy and nutritious food, 37% reportedly skipping meals, 45% reportedly eating less than they thought they should, and 20% reportedly going an entire day without eating— during the 30-days leading up to the survey.

Most disturbingly, the findings reveal that inequality has been on the rise since the beginning of the pandemic. Severe food insecurity has disproportionately affected lower-income respondents with deepening effects at each round of the survey.

The most significant impacts were experienced by respondents who reported earning well below average income, with 16% reporting going a whole day without eating and 49% skipping a meal or eating less than usual in the week prior to the survey.

Lower-income respondents reported coping strategies such as drawing on savings to meet immediate needs, reducing education and health spending, and selling productive assets. Nearly half reported having no food stocks at home.

The survey findings also indicate that the reasons for Caribbean food insecurity have changed, moving from COVID-related movement restrictions to growing livelihood impacts.

Fifty-seven percent of respondents reported that their household experienced job losses or reduced income since the start of the pandemic— an increase of 11% since April 2020. Sixty-nine percent of respondents who described their income as well below average, reported livelihood disruptions, as compared to 37% of those with income levels reported as well above average.

Respondents also indicated a perceived increase in the cost of inputs, with 93% reporting higher prices for food compared to 59% at the start of the pandemic. Ninety-seven percent of lower-income respondents reported food price increases.

“The latest CARICOM-WFP survey, undertaken just prior to the onset of the Ukraine crisis, signals that the region remains at a tipping point for food security,” says Yeşim Oruç, United Nations Resident Coordinator in Guyana.

“This crisis has since led to a further spike in the price of food commodities as measured by the FAO Food Price Index. This exacerbates the enduring effect of COVID-19 on food security.”

Further increases in global food prices would have severe implications for Caribbean people, given that most countries depend on imports for more than 80% of their food consumption. Given the region’s sensitivity to price shocks, the impact of the crisis in Ukraine on the cost of basic goods and services is expected to have a profound effect on regional livelihoods.

Regis Chapman believes that unequal access to food, as revealed in the CARICOM-WFP study, has the potential to exacerbate social issues in the region.

“Severe inequality in access to nutritious food is one of the dominant spillover effects of the pandemic. This has major implications for the region’s high rates of non-communicable diseases, already-taxed social assistance systems, academic performance among the youth, productivity in the workplace and crime rates, among other areas.”

The socioeconomic crisis caused by COVID-19 pandemic has moved social protection into the spotlight as a means of supporting the most vulnerable. All governments in the region turned to existing social protection programmes or rolled out new ones to curb the negative socio-economic impacts of the pandemic, but more investments are needed to mitigate deepening structural inequality.

“If the COVID-19 pandemic has taught us anything, it is that the time for game-changing and bold decisive actions for safeguarding Caribbean livelihoods and ensuring food security is now. There will be no other opportunity,” says Shaun Baugh, Programme Manager, Agricultural & Agro-Industrial Development at the CARICOM Secretariat.

Among those impacted the most by growing regional inequality are agriculture workers, with 18% reporting having to resort to an alternative source of income during the pandemic— the largest of any sector. Sixty-two percent of agriculture workers reported that their ability to carry out livelihood activities had been affected two weeks prior to the survey and 78% reported having to dip into savings to buy food in the 30-days prior to the survey.

Food insecurity has also had a major impact on agriculture workers. Six percent reported going a whole day without eating due to insufficient food stocks during the 7-days prior to the survey, while 39% reported skipping meals or eating less than usual during this time. Thirty percent reported having no food stocks at home.

“The results of the survey highlight the need to continue strenuous regional efforts in tackling the threat of hunger and food insecurity,” says Ambassador David Prendergast, Director, Sectoral Programmes at the CARICOM Secretariat.

“Food and Nutrition Security is among the highest priorities in CARICOM. CARICOM Heads of Government has taken concrete steps to advance the CARICOM Agri-food Systems Agenda, develop the agricultural sector and by extension, achieve food and nutrition security.”

In addition to promoting investments in agri-food systems, regional food production and improvements to productivity and trade, the CARICOM-WFP report advocates for improved data and acceleration of digital transformation initiatives to promote well-functioning food systems and food security.

“Investments in domestic and regional food systems must become a strategic priority for CARICOM and its members, along with social protection measures for the most vulnerable,” says Yeşim Oruç.

An expansion of social protection and social services, programs to promote increased consumption of local foods, and acceleration of more sophisticated and creative forms of development and climate finance are among some of the other recommendations put forward in the report.

But with a multitude of compounding factors including the impending hurricane season, ongoing effects of COVID-19, heightened climate change impacts, food price increases, and global instability, two out of three respondents and more than half of the lowest income respondents anticipate moderate to severe impacts on their livelihoods in the future.

“Climate change impacts and, more recently, the economic effects of the Ukraine crisis will continue to threaten the livelihoods and food security of the most vulnerable in the Caribbean for the foreseeable future,” confirms Regis Chapman.

“Without immediate attention to regional food security, the impacts will become even more entrenched and far-reaching. CARICOM countries have done so much up until now to try to reduce the socioeconomic impacts of the pandemic, but more must be done to avoid the increasing inequalities from becoming the new normal. The will is there, but greater international support is needed to ensure that the Caribbean can not only recover, but thrive in the current global environment with the longstanding ambitions for regional integration finally fulfilled.”