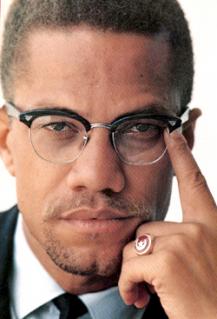 You Are Here: Home » Blog » Editors' Choice » Looking Back at Malcolm X’s Message to the Grassroots Speech Delivered 50 Years Ago This Week

Throughout the year there has been a number of celebrations, commemorations and gatherings about the 50th anniversaries of a variety of landmark events that have shaped this country especially as it pertains to the Civil Rights and Freedom Struggles. In recent months we looked at the 50th anniversary of Civil Rights activist Medgar Evers being assassinated in Jackson Mississippi on June 12th 1963..

Later that day two Black boys, 16-year-old Johnny Robinson and 13-year-old Virgil Warewould be killed by KKK members and the police.. All this was in retaliation to the March on Washington. This horrific incident would forever change the Civil Rights Movement..

Today many are gearing up to look back at on the 50th anniversary President John F Kennedy being assassinated in Dallas, Texas on November 22 1963. To this day his death is shrouded in mystery as many have come to believe his accused killer, Lee Harvey Oswalddid not act alone.

There is no doubt that 1963 was a turbulent year and as we discuss the events of that year, what is sadly left out is the strong presence of Malcolm X.. In many of the discussions he’s been literally written out of history. His name is not mentioned. His analysis of the situation at hand are unstudied. For example, the morning that Medgar Evers was shot, Malcolm X appeared on a national TV show with March on Washington organizers, James Farmer andWyatt T Walker and had a remarkable debate about the direction the Civil Rights Movement was headed. Years later Farmer and Walker would re appear on that PBS show and to relive the debate. It was on that show they pointed out the how and why Malcolm was right on many of the points he raised up..You can peep that Great Debate HERE

In spite of his harsh critiques of the MOW, Malcolm X wound up being in DC that day holding court at a nearby hotel and offering his assistance if needed as the day unfolded.  A couple of months later on October 11th 1963, Malcolm would deliver a hard-hitting riveting speech at UC Berkeley, where he lays out the state of Black America, White Liberalism and White Flight and Token Integration..