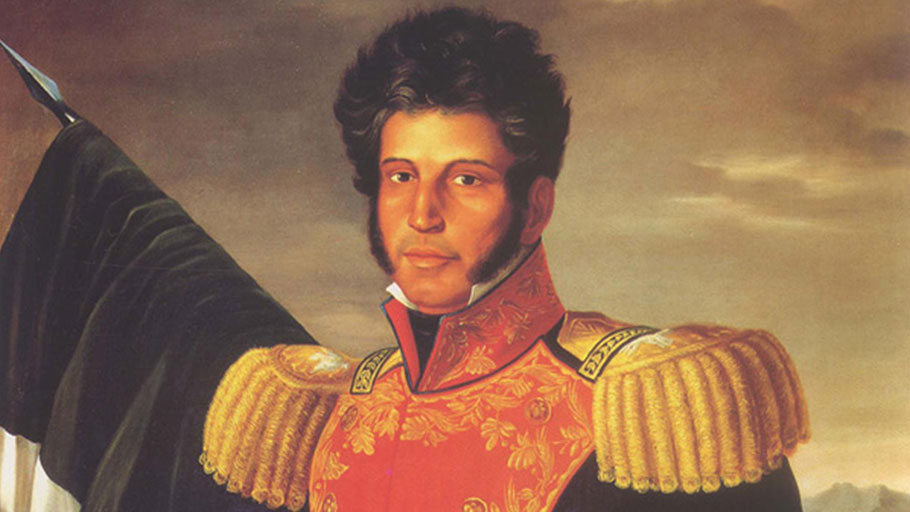 Obama and Lincoln are known for building coalitions. Guerrero built one when he was commander-in-chief of the Mexican army during the last three years of Mexico’s exhaustive 1810-1821 war for independence from Spain. Key actions by Guerrero to end the war were his spread of letters to Mexican officers who had been hired to fight for Spain. He convinced many that opportunity awaited if they switched sides. His subsequent team of rivals brought victory and made Guerrero Mexico’s Washington as well as Lincoln—he also created the basic design for the flag.

After the war Guerrero had to be personable to win over influential Mexicans who looked with disdain upon him for having Afro-Indio roots and for being a mule driver by trade—the occupation of his father and uncles. In those years muleteers were very plentiful in Mexico, thanks in part to Spain’s reluctance to pay to create roads for carts and carriages. A history of the drivers describes them being considered unpleasant rowdies by the well-to-do, but welcomed in rural villages for bringing the news of the day, latest songs and the latest jokes about authority figures. Mule trains often convoyed contraband. From this profession came many a fighter for Mexico in the war with Spain. 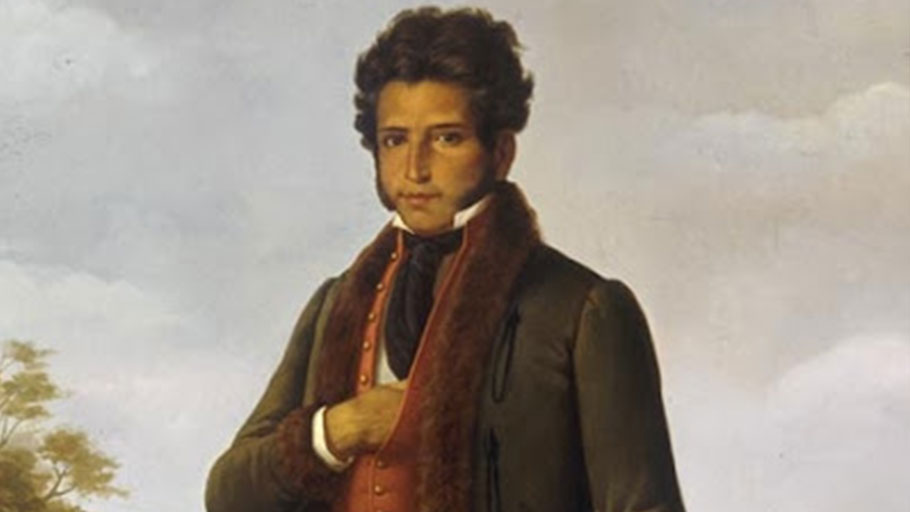 Guerrero was a descendant of the roughly 250,000 enslaved Africans brought to Mexico during colonial times. Part indigenous, he was raised in an Indio barrio in the mountain town of Tixtla in the state that carries his name. During the 1810 war his knowledge of native languages helped the future president rise in rank. In villages he organized the community for the war effort, often using a speech in which he praised the Indio political system of elected councils and chiefs, while asking for allegiance to the fight for “the bigger democracy” at the state level.

During his presidency, Guerrero’s penchant for telling jokes and sprinkling his speech with native words annoyed members of the refined social elite. But for a time he had to be tolerated. Guerrero came out of the war with an immense following, notable for the Indios he had recruited into the fight. In 1828 he and a brilliant but consumptive cocaine addict, Ignacio Esteva, created the first “People’s Party” in Mexico and its followers put Guerrero in the presidency in April 1829.

President Guerrero was known for eloquence, as displayed in his first speech to congress, “If we succeed in spreading the guarantees of the individual, if equality before the law destroys the efforts of power and gold, if the highest title between us is that of citizen, if the rewards we bestow are exclusively for talent and virtue, we have a republic, and she will be conserved by the universal suffrage of a people solid, free and happy.”

Guerrero wanted his presidency to reflect the broad coalition built during the 1810 war. He allowed political centrists and conservatives to dominate his cabinet, and he accepted as Vice President Anastacio Bustamante who had spent most of the independence war in the uniform of Spain. Left-wing supporters of Guerrero criticized the president’s cabinet and other choices, and in the manner that Barak Obama has questioning friends who are more racially oriented than he, so too did Guerrero have his. One was Isidorio Montesdeoca, an Afro-Filipino campesino who became a general under Guerrero during the independence war. He called Guerrero’s references to racial equality achieved by asking everyone be judged by his or her “merits and virtues,” wishful thinking in a country where many powerful people didn’t believe blacks or Indios had merits and virtues. Moreover, argued Guerrero’s critics from the left, congress had made it near impossible to organize against racial injustice through their passage of Law No. 310 that, though ostensibly in the spirit of equality, prohibited mention of anyone’s race in any public document or in the records of the parish church. One consequence of this law has been that knowledge of the racial attitude of the elite toward Guerrero’s African roots are relegated to private letters and anonymous pamphlets against “the black,” and many a modern history identifies him merely as of “peasant”or “laboring-class” background.

The political coalition Guerrero built fractured six months into his office, not from abandonment by the left, but by the right. His abolition of slavery, his promotion of a wider suffrage and his imposition of a stiff progressive tax code cost him most of his few upper-class supporters—including two cabinet members. In 1830 the conservatives rebelled, and led by Vice President Bustamante, they drove Guerrero from the capital. Most of the president’s progressive legislation was rescinded, but not the abolition of slavery, which had wide public support.

In a subsequent civil war Guerrero was captured and assassinated by Bustamante hirelings, who included an Italian sea captain who kidnapped the president in Acapulco harbor and delivered him to a Cuban mercenary in Huatulco, who passed him to the son of a Spaniard who had been a general for Spain in the independence war. At a mock trial in Oaxaca the first judge resigned during the opening day, claiming illness. Bustamante ordered execution but feared an uprising if it happened in the city of Oaxaca. Guerrero was taken to a small town, where the mayor had fled and the priest who was scheduled to conduct the last rights was also missing. In last words to the firing squad, Guerrero said that whatever he had done, it was in the interest of Mexico.

The execution infuriated many, including moderates, and Bustamante had to make peace with Guerrero’s lieutenants, who controlled the Pacific region from Puerto Vallarta down past Acapulco to the black town of Cuijinicuilapa. An unusual political accord granted the Guerreroistas autonomy on condition they never attack the capital. Over the years the close aide of Guerrero, the Afro-Acapulcan Juan Alvarez wrote and spread many diatribes against the elite, some of which are still in print today. In 1855 Alvarez broke the peace pact, marched on Mexico City, overthrew dictator Antonio Lopez de Santa Anna and became Mexico’s second black president. He included in his cabinet Benito Juarez, the pure-Zapotecan lawyer, who in his youth had campaigned for the election of Guerrero, and who later served twelve years as president and champion of liberal causes.

Guerrero’s one offspring, Dolores, trained her children in the politics of her father, with whom she had been close. Her sons, Vicente and Carlos, became state governors under Juarez, son Jose a general and daughter Javiera, though prohibited from holding office, was significant enough behind the scenes to warrant a large statue. Generations of politicians and intellectuals poured from the family, including today’s prominent journalist Raymundo Riva Palacio. His writings include a 1987 anthology of his articles condemning the U.S. funding of the Contras against the Sandinista government of Nicaragua.

Today, the National Museum of History in Chapultepec Park honors only one family with its genealogical tree depicted on a wall, the family begun by Vicente Guerrero and his wife Guadalupe Hernandez. 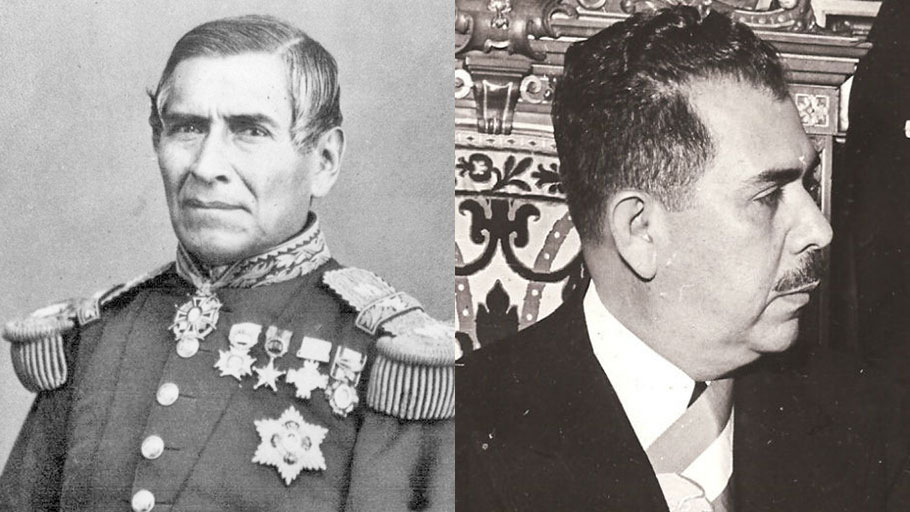 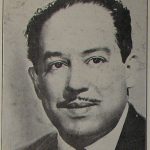 Two other presidents of Mexico had known African heritage: Juan Almonte fought in the independence war and at the Alamo on the Mexican side. He turned conservative and his brief term as president is considered a bad one for the nation. Lazaro Cardenas was a key figure in the 1910 revolution. As president nationalized oil and issued sweeping land reform. A popular biography notes in the opening paragraph that his grandfather was “a mulato.” [Look at the resemblance Langston Hughes has to Cardenas- SEA]:

The original of Guerrero’s address to congress reads, “If we succeed in protecting the rights of the individual, if equality under the law destroys the forces of power and money, if the primary title we use amongst ourselves is that of ‘citizen,’ if rewards are given exclusively for talent and virtue, then we have a republic, and it will be preserved through the universal suffrage of a solidly free and content people.”

Ted Vincent is author of The Legacy of Vicente Guerrero: Mexico’s First Black Indian President, published by University Press of Florida in 2001.