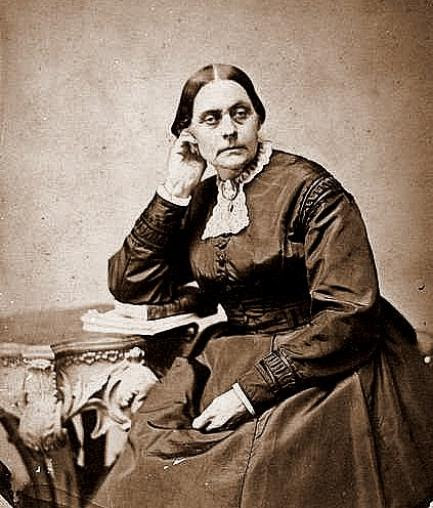 On Susan B. Anthony and Those ‘I Voted’ Stickers: A Reflection on Whites-Only Feminism

You Are Here: Home » Blog » Editors' Choice » On Susan B. Anthony and Those ‘I Voted’ Stickers: A Reflection on Whites-Only Feminism

Following the New York primary Tuesday, dozens of New Yorkers pilgrimaged to Rochester’s Mount Hope Cemetery to place “I Voted” stickers on the headstone of suffragette leader Susan B. Anthony.

This, of course, should be expected, since Anthony, along with her close friend Elizabeth Cady Stanton and many others, fought tirelessly throughout the 19th century and early 20th century for white women to have the right to vote. Anthony, however, did not live to see her work come to fruition. She died in 1906, 14 years before the ratification of the 19th Amendment.

The feminist ritual at Anthony’s gravesite is somewhat of a tradition, but this year was different. The number of “I Voted” stickers dramatically increased from years past, and the reason is clear. For many women who consider Anthony a hero, finally casting a ballot for a woman to become the Democratic nominee for president of the United States is the political mountaintop—though Hillary Rodham Clinton’s flag has not yet been planted—and to adorn her headstone is the sweetest, poetic justice.

What is typically erased from glowing remembrances of Anthony, however, is her employment of strategic racism to reach her suffrage goals. She was an avowed anti-slavery advocate who still did not hesitate to dog-whistle Dixie while opposing the passage of the post-Civil War 15th Amendment, which, on paper, granted all black men the right to vote.

Anthony, who infamously said, “I will cut off this right arm of mine before I will ever work or demand the ballot for the Negro and not the woman,” was very clear that withholding support for the 15th Amendment wasn’t solely a matter of gender equality but of sustained white supremacy:

What words can express her [the white woman’s] humiliation when, at the close of this long conflict, the government which she had served so faithfully held her unworthy of a voice in its councils, while it recognized as the political superiors of all the noble women of the nation the negro men just emerged from slavery, and not only totally illiterate, but also densely ignorant of every public question.

Her stance caused her to be at odds with legendary abolitionist Frederick Douglass, who was a friend and a staunch women’s-suffrage advocate. Douglass believed that the enfranchisement of black men was a political and racial imperative that should be prioritized within the suffrage struggle to ensure the equitable protection of black lives, property and dignity under the law—an electoral protection that he felt white women already had access to through their husbands.

Anthony, however, did not have faith in gradualism, though so many feminists who consider her a hero expouse its merits today. She and Stanton, her partner in the fight for white women’s suffrage, demanded “revolution.” They wanted all people to have the right to vote, but no way in hell would they allow “the Negro” to beat them to the ballot.

Stanton once said of black men—or, as she called them, “Sambos”:

No; I would not trust [them] with all my rights; degraded, oppressed [themselves], [they] would be more despotic with the governing power than even our Saxon rulers are.

She believed that white women should be able to vote before black men because voting was a moral, intelligent responsibility for which black men were ill-equipped. According to Stanton’s racist fearmongering, these men were so devalued and demoralized that given a semblance of power, they would be more oppressive and violent than the white men before them.

In The Revolution, a women’s-rights newspaper that Anthony and Stanton created with funding from racist, pro-slavery Democrat George Francis Train, the pair wrote:

The old anti slavery school says women must stand back and wait until the negroes shall be recognized. But we say, if you will not give the whole loaf of suffrage to the entire people, give it to the most intelligent first. If intelligence, justice, and morality are to have precedence in the government, let the question of the woman be brought up first and that of the negro last.

Though Anthony navigated the political terrain as if all the whites were women and all the blacks were men, some of us were brave. She and Stanton alienated not only their white abolitionist circle because of their growing relationship with racist Democrats—which abolitionist William Lloyd Garrison described in a harsh letter to Anthony as “the anti-n–ger party”—but also black women who had called them friends.