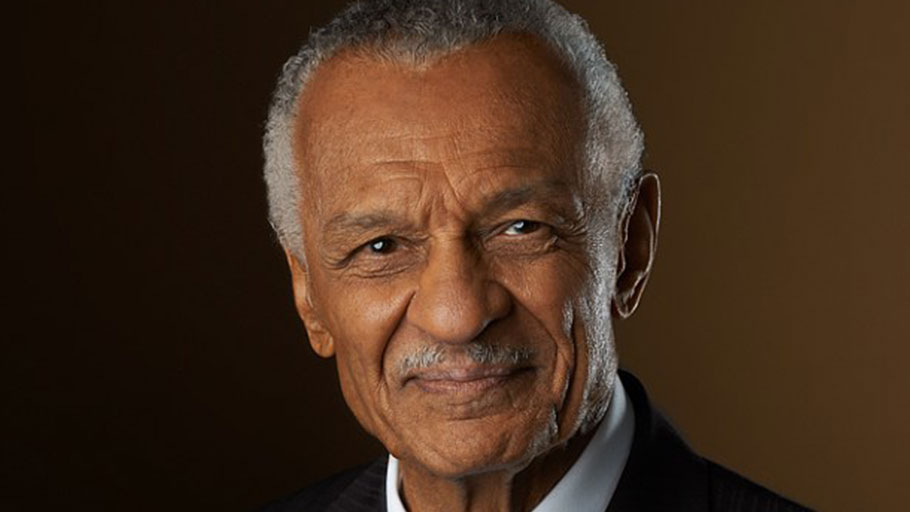 The Rev. C.T. Vivian, who made history the day he was brutally confronted by Sheriff Jim Clark in 1965 in Selma after 1400 black voters were prohibited from registering to vote, has made his transition and sits with the ancestors.

Rev. Vivian, who was a 2016 recipient of the Samuel DeWitt Proctor Conference, Inc. (SDPC) “Beautiful Are Their Feet” Award, died in the wee hours of the morning on July 17, 2020.

The Rev. Dr. Iva Carruthers, General Secretary of the SDPC and a trustee on the board of American Baptist College (formerly known as American Baptist Seminary), where Vivian attended as a young man, recalled her work and personal relationship with him. “Rev. Dr. C. T. Vivian’s unwavering commitment to justice and willingness to be on the front line is forever etched in the nation’s history,” she said.

“He was an iconic leader who prioritized the need to tell the story to the next generation.” Carruthers continued, “His “yes” to Proctor was coming to American Baptist College for our retreat, joining the youth leaders of the Ferguson Mike Brown movement and joining us in Atlanta to prepare a delegation for a trip to Palestine. I will forever cherish the special time I shared with him for an extended educational exchange in Kenya in 1975. I witnessed the fullness of his compassion for God’s people, the honor of Black women and the Holy hope for a different global reality. One of his favorite quotes was “People do not choose rebellion; it is forced upon them.

Rev. Vivian also participated in a “Teach-In/Preach-In” joint educational, peace-keeping collaborative in Florissant, Missouri in 2014 following the police-shooting of Michael Brown, in which the SDPC was in partnership with Eden Theological Seminary and Christ the King United Church of Christ.

The Rev. Dr. Forrest Harris, a trustee of the SDPC and the president of American Baptist College, noted that both Rev. Vivian and Rep. John Lewis attended that institution as they studied for the ministry. He said, “The lives of Dr. Vivian and Congressman Lewis are public testimonies linking divine truth to social justice…They marched – courageously, nonviolently – into the cradle of the Confederacy to fight for the citizenship’s right to vote. Bloodied on the civil rights movement’s front lines, jailed many times, they gave their bodies as collateral and as living sacrifices for achieving a more just nation.”

The day in 1965 which culminated in Rev. Vivian being accosted by Dallas County Sheriff Jim Clark erupted when Rev. Vivian, who had participated in a silent march to the courthouse to register 100 people, was refused entry. His challenge to Clark resulted in his being hit in the mouth by the sheriff, but, trained in nonviolent direct action, he got up, bloodied but not dissuaded, and continued his attack on the sheriff and the principles of racism which kept black people from voting.

Rev. Vivian worked alongside the Rev. Martin Luther King Jr. He deeply believed in the Gospel, and practiced what he called the “principles for right living” which he said were scattered throughout the Gospel, in all that he did. He would frequently say, “You cannot be a racist and be Christian!”

After his work with the Southern Christian Leadership Conference (SCLC), he continued his work to secure justice for black people. He founded the C. T. Vivian Leadership Institute and conducted workshops for people who said they were interested in understanding racism.

In 2011, he received the Presidential Medal of Freedom from President Barack Obama. He said he felt honored, but he also realized he had been sent here to do the work he did. “It was an honor to receive that award,” he said, “but I only did what God led me to do.”

He said he had a passion for people to understand how morally evil racism was, and shared that information with people who opted to take his workshops on racism. “I was hard on people,” he said. “I would be nice and polite to people before the workshop, and I know they thought I was going to be pushover, but they learned that I would not let them slide by. I had to be tough and teach them what they didn’t know and didn’t want to know. Some people left my workshops, but I didn’t care. I needed for them to understand what racism was.” He also shared his belief that the Movement was spiritual. “Nothing that we did could have been done without God,” he said.

The SDPC joins the nation and the world in mourning the loss of this gentle, yet powerful man.

Note: The family is requesting that in lieu of flowers, donations be made to the C. T. & Octavia Vivian Museum Archives. Please visit www.CTOVMA.org to make book or monetary donations.