The Russian Revolution and the Caribbean

You Are Here: Home » Blog » Editors' Choice » The Russian Revolution and the Caribbean 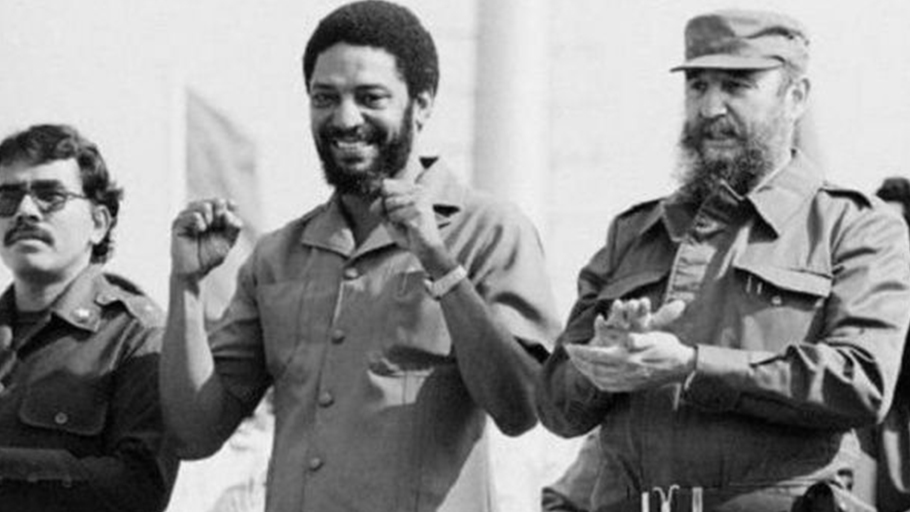 The Russian Revolution did get support from the Caribbean, then called the “West Indies,” when it shook the world in 1917.

History records that Marcus Mosiah Garvey, the Jamaican who led the largest organization of Black people in the Western hemisphere ever, quickly dispatched a letter from the United Negro Improvement Association, on behalf of its millions of members in the United States, the Caribbean and South America.

Garvey’s letter to Vladimir Ilyich Lenin expressed support from the UNIA on behalf of all the workers of the Caribbean region, which was under complete colonial rule.

The colonial rulers resisted his attempts to organize the tens of millions who were not only UNIA members, but also unattached workers of all types on all islands and in all British colonial territories across the region.

Following Lenin’s death in 1924, Garvey also heaped glowing praise on the leader of the Russian Revolution.

In a speech in New York on Jan. 27, soon after Lenin’s death, Garvey said, “‘One of Russia’s greatest men, one of the world’s greatest characters, and probably the greatest man in the world between 1917 and 1924, when he breathed his last and took his flight from this world. We as Negroes mourn for Lenin because Russia promised great hope not only for Negroes but to the weaker people of the world.”

The Bolshevik Revolution also had the effect of convincing other early agitators for mass change that their efforts were not in vain.

The rise of the first socialist state with a communist party in the leadership sent that ripple effect across the world and in the next three decades socialist, anti-imperialist and anti-capitalist movements and parties emerged the world over – including the Caribbean.

Early West Indian radicals tactically did not seek to invite anti-communist surveillance by the colonial state by publicly pledging open support for the Russian Revolution. But their writings and speeches reflected the strong sentiments that led to the creation of socialist-oriented parties and groups promoting the formation of trade unions, all bent on promoting working class interests against the exploitative policies of the colonial authorities.

Before the start of World War II, the level of organized working class agitation was such that led to the U.K.’s establishment of the Moyne Commission in 1938, to investigate the causes of the various widespread strikes across the British West Indies that had effectively slowed-down the pace of extraction and looting of the island and mainland colonies and super-exploitation of their majority black populations of descendants of African slaves and the “indentured” Indian immigrants imported to replace them after emancipation.

How the Russian Revolution Inspired and Assisted National Liberation Struggles

The growth of the communist movement in France also had an extended effect in the French West Indian colonies, referred to as the “French Antilles” or “Overseas Departments of France,” Martinique and Guadeloupe, where communist parties were not only formed but also became part of the islands’ local political and electoral machinery.

Communist parties were also formed in other Caribbean islands as well, such as the small Communist Party of Jamaica, one of the earliest on record in the English-speaking Caribbean.

Marxist and Leninist thought and teachings were also obviously embraced by several of the early political pioneers of the Caribbean, especially after the end of the Second World War in 1945, reflected in their writings, speeches and organizational approaches.

The likes of C.L.R. James and George Padmore of Trinidad & Tobago, along with several others, put socialism on the Caribbean agenda from those early days.

But the first major political party to declare itself Marxist-Leninist was the People’s Progressive Party of British Guiana (now Guyana), led by a young dentist Cheddi Jagan and his American-born wife, Janet.

Established in 1946, the PPP contested and won general elections organized by the British on the South American territory three times the size of England, from where the bulk of the U.K.’s sugar was grown under highly exploitative near-slavery conditions.

Indeed, in 1953, Jagan became the first avowed Marxist-Leninist to be elected as a head of state in all of South America and the Caribbean, to become premier of British Guiana.

The PPP also won every subsequent general election called until 1964, when the U.S. Central Intelligence Agency shaped and funded a plot to divide the PPP along racial lines in the ethnically divided country.

As a result, the PPP was split and engineered out of office, replaced by a new British and U.S.-backed People’s National Congress led by Forbes Burnham, a former co-leader of the PPP.

In the mid-to-late 1960s, when the islands began to agitate for and successfully negotiated independence from Britain, leaders with quiet socialist orientation were already on the regional scene, among them Barbados’ Errol Barrow, Jamaica’s Michael Manley, Trinidad & Tobago’s Eric Williams and Guyana’s Burnham.

Leadership of the Caribbean’s four biggest islands, by economic standing, size and/or population, under Barrow, Burnham, Williams and Manley in the early 70s saw a radical shift towards open embracing of socialist government policies – like with Manley’s “Democratic Socialism” and Burnham’s “Cooperative Socialism.”

Those radical Caribbean leaders, in the age of Independence, sought to dilute their embracing of Marxist and/or Leninist thought by christening their approaches with new brand names seeking to somehow localize their character and “differentiate” them from what was considered “pure” Marxism, Leninism, Marxism-Leninism or communism.

But the real quiet but effective growth of Marxist Leninist thought took hold across the Caribbean from the mid-70s, starting with, but not confined to, the New Jewel Movement of Grenada, which, led by Maurice Bishop and Bernard Coard, was transformed from a mass-based party to a much smaller Marxist-Leninist unit years ahead of the 1979 Grenada Revolution.

Soviet Influences in Latin America That You May Not Know

The NJM never declared socialism as the revolution’s ultimate objective, but the party was hell-bent on creating the Caribbean’s first new revolutionary socialist state – and did, in fact, achieve much in that regard during the four-and-a-half years the revolution lasted from 1979-1983.

Yet it was not only the NJM, as by that time Marxist-Leninist groups and socialist-oriented parties openly declared themselves and publicly engaged in political agitation in virtually every Caribbean island or territory, whether English, French, Spanish or Dutch-speaking.

The NJM and the PPP – both in power – became the bedrocks of support and encouragement for all the other Caribbean communist and socialist parties, including: the Communist Parties of Martinique and Guadeloupe, the Workers Party of Jamaica led by university lecturer Trevor Munroe and a myriad of other socialist, anti-imperialist, democratic and progressive parties, movements and organizations across the region.

It was during the period after the Grenada Revolution of 1979 that other English-speaking entities followed the path of the WPJ and started openly identifying with Marxism Leninism and studying the historic role of the Bolshevik Revolution under Lenin’s leadership.

In the two decades thereafter from 1979-1999, Marxist-Leninist and/or socialist-oriented leaders eventually led mass parties and radical movements to electoral victory in many Caribbean states, including: Barbados, Dominica, Guyana, Haiti, Jamaica, Saint Lucia, Saint Vincent and the Grenadines and Suriname, while the communist and socialist parties – though sometimes opposed to each other – maintained their influence among the working classes in France’s Martinique and Guadeloupe.

With support from Cuba and the Soviet Union, the region’s communist, socialist, anti-imperialist and progressive parties and organizations were also able to import and spread the published volumes of works of Marx, Engels and Lenin, studying their lessons and seeking to creatively apply them to their local conditions, with varying degrees of success.

The end of the Grenada Revolution in 1983 led to serious reversals or low-downs for the Caribbean’s progressive political movement, which had by then also led to the development of ties with the communist and revolutionary movements of South and Central America, including the armed liberation movements like Nicaragua’s FSLN and El Salvador’s FMLN.

The 34 years since then have therefore seen an understandably marked decrease in overt promotion of Marxism-Leninism across the Caribbean.

However, 100 years after the triumph of the 1917 Great October Socialist Revolution, all is not lost.

The role of the Communist Party of the Soviet Union, the contribution of Marx and Engels to Leninist thought and action, the role of the USSR during and after World War II, the experiences of the socialist community across Europe after the fall of the Soviet Union and the re-emergence of Russia in the period since the supposed end of the so-called Cold War are topics occupying the left and progressive movements across the Caribbean today.

The Heart of the Russian Revolution: 4 Things You Should Know About the Soviets

Where works by Marx and Lenin were legally banned by the colonial authorities and the bans remain in many now independent states (as the bans were never lifted or scrubbed), such publications are easily downloaded through the internet, not only by political activists but also by scholars and students interested in related research.

Today, the world-popular Russia Today television network is not only present in the United States, the U.K. and other Western nations, but also invites viewers to observe the centenary of the Russian Revolution by viewing and sending their own contributions to a series of interesting features speculating on how the history of the Russian Revolution could have been changed if the internet existed in 1917.

One hundred years later, the Bolshevik Revolution’s contribution to the Caribbean is still not widely known, more the subject of research than documentation.

However, it is a part of the region’s political history still being studied and written – and which can be aptly described as “a work in progress.”

Successful “Circle of Healing” for Houston Community in the wake of Hurricane Harvey
We Need Your Support — Donate, Share, Sign-Up Ways to Support