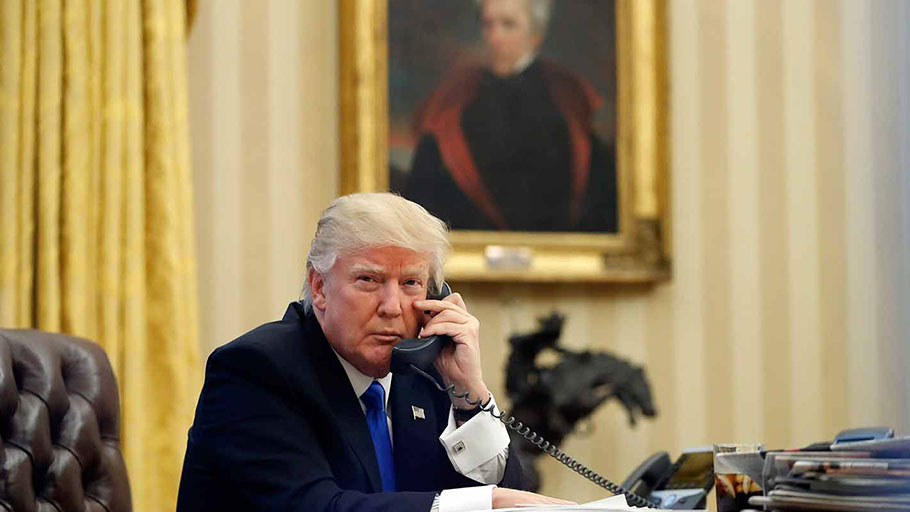 You Are Here: Home » Blog » Editors' Choice » The President Is a White-Nationalist Mob Boss—and His Base Doesn’t Care

Diehard Trump supporters represent at most a quarter of the electorate, but dominate media discussions of the president’s standing. They shouldn’t.

By Joan Walsh, The Nation —

Most of us try to live our lives following the best advice of Maya Angelou: “When someone shows you who they are, believe them.” Most of us voted that way in 2016—against Donald Trump. Since then, sadly, we’ve had to watch as the media, even some on the left, fetishize people who did the opposite, treating Trump voters as folks who have much to teach us, who singularly reveal the dimming of the American dream for a sizable segment of our citizens. Of course, Hillary Clinton won voters who earned less than $50,000 annually, so the “economic anxiety” explanation for Trump’s election never made sense. No, all the best post-election research tells us that Donald Trump is the standard-bearer for those afraid of American diversity and increasingly committed to white nationalism. That makes sense, because he ran his campaign extensively on those themes.

The past week has revealed Trump plainly for what he is: a white-nationalist mob boss. Terrified by the convictions of former campaign manager Paul Manafort and the guilty pleas of former lawyer Michael Cohen, as well as immunity agreements for Trump Organization CFO Allen Weisselberg and National Enquirer don David Pecker, Trump has hit new rhetorical lows: ginning up white grievance while savaging his former associates like a mafioso. On Thursday he seemed to rip a tweet straight from neo-Nazi message boards (as well as Tucker Carlson’s Fox show) when he pledged to defend white South African farmers from mythical “farm seizures” and “large scale killing.”

I have asked Secretary of State @SecPompeo to closely study the South Africa land and farm seizures and expropriations and the large scale killing of farmers. “South African Government is now seizing land from white farmers.” @TuckerCarlson @FoxNews

Apparently, it hadn’t been enough to blame the death of Iowa’s Mollie Tibbitts on an undocumented immigrant (the brave Tibbitts family objected to racists’ politicizing Mollie’s death); Trump had to tap the primal fear that multiculturalism inevitably leads to land expropriation and slaughter—in South Africa, and eventually here. (The number of killings of farmers, including farm workers, is in fact at a 20-year low, according to South Africa officials.)

When he wasn’t trying to foment race war, Trump was threatening the former associates who’ve turned on him with a mobster’s elan.

“I know all about flipping,” he told Fox News, regarding Michael Cohen. “For 30, 40 years, I’ve been watching flippers. Everything is wonderful and then they get ten years in jail and they flip on whoever the next highest one is or as high as you can go.… It’s called ‘flipping’ and it almost ought to be illegal.”

Now, let’s take a moment to observe that Trump is admitting to a pretty unusual fixation: watching “flippers” for “30, 40 years.” Who exactly does that? Sure, every once in a while I’ll follow a fascinating Mafia story in the news, and those usually feature a former mob guy who “flips” on his associates. I love Goodfellas as much as anybody. But I wouldn’t say “I know all about flippers.” Also: using the criminally vulnerable to obtain compromising information against higher-ups is a staple of our legal system. Ask Trump’s lawyer, former US Attorney Rudy Giuliani.

That’s not all: Trump also denied that White House counsel Don McGahn was “a John Dean style RAT,” an even more precise term of art for a mob boss, after The New York Times revealed McGahn had given 30 hours of testimony to Robert Mueller.

Of course, we shouldn’t be surprised that Trump is well-versed in the art of mob talk. Mobsters patronized his Atlantic City casinos and helped him in the construction trade, particularly when it came to concrete. The Russian mob is said to have bought a lot of his real estate over the years. And Trump was mentored by notorious mob lawyer Roy Cohn (as his legal woes mounted, he once was quoted asking plaintively, “Where’s my Roy Cohn?”)

Still, this is the president we’re talking about here. His fluency in Mafia patois ought to rattle us, at least a little.

It doesn’t rattle his base, which shows no signs of abandoning him—yet. And I don’t know at what point they should be expected to. This has become a distracting journalistic exception that pushes us toward nihilism: Nothing Trump does seems to really matter to a segment of influential reporters and pundits, unless it rocks his strongest supporters.

But why do we remain obsessed with these people, many of whom remain, in Hillary Clinton’s words, deplorable—and deplorably loyal to their standard-bearer? Why do they determine how much trouble Trump is in, when they represent at best 20 percent of the nation’s eligible voters? In an otherwise smart column for New Yorkmagazine, Andrew Sullivan lamented the tenacity of Trump backers, quoting frequent Trump-voter-whisperer Selena Zito: “Right now the value of Trump to the Trump voter is he is all that stands between them and handing the keys to Washington back over to the people inside Washington. That’s it. He’s their only option. You’ve got to pick the insiders or him.”

Yet Zito, meanwhile, faces claims that at least a half-dozen sources she has depicted as Democrats who’ve moved to support Trump over the years are actually longtime Republicans, even GOP officials. That’s not to say that none of Zito’s sources are genuine, or that zero Rust Belt Democrats turned to Trump. Clearly, some did. The point is that their influence has always been exaggerated—and their numbers likely have, too.

Much more worrisome is the indifference of leading Republicans to the president’s mob-boss rantings. Trump once again savaged Attorney General Jeff Sessions last week, for correctly recusing himself from the Mueller probe. But where powerful GOP senators like Lindsey Graham and Chuck Grassley once warned Trump to leave Sessions alone, both men now seem to acquiesce in Trump’s plans to get rid of his AG. Graham now says Trump is “entitled to an attorney general he has faith in.” Faith to protect him, that is. Graham once coveted the “maverick” label earned by his self-described best friend Senator John McCain. It’s particularly shameful that, instead, he’s emerged as Trump’s most important Senate enabler the very week of his friend’s death.

For now it’s looking like the only people we can trust to stop Trump are the American voters, by turning out overwhelmingly for Democrats in November. That it’s looking good for Democrats should be inspiring, but not reassuring. The blue wave will have to be a blue tsunami to shake some sense into the few Republicans who’ll remain standing in its wake. Trump supporters a stubborn, dangerous minority—but a minority nonetheless, even if the media won’t treat them that way.