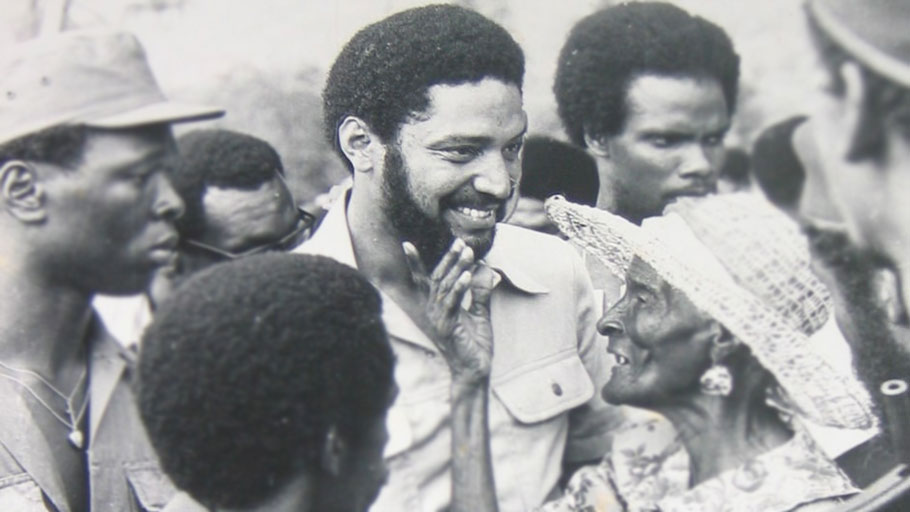 You Are Here: Home » Blog » Editors' Choice » The Spirit of Maurice Bishop and the CARICOM Foreign Ministers Meeting in Grenada

In this 40th anniversary year of the 1979 Grenada Revolution, the fates smiled upon our Caribbean Community (CARICOM) when it was confirmed that the 22nd Regular Meeting of CARICOM’s Council For Foreign and Community Relations (COFCOR) would be held in Grenada on the 13th and 14th of May 2019, thereby ensuring that the assembled Caribbean Foreign Ministers would find themselves in a space steeped in the spirit of Maurice Bishop — the great hero and martyr of the Grenada Revolution — and would therefore be impelled to take cognisance of Bishop’s signal contribution to the edifice of CARICOM’s collective Foreign Policy — the notion that our Caribbean region should be legally constituted in International Law and universally respected as a “Zone of Peace”!

It would do us well to recall that a mere seven months after Maurice Bishop’s People’s Revolutionary Government (PRG) came to power in March 1979, Grenada attended the 9th Regular Session of the General Assembly of the Organization of American States (OAS) at La Paz in Bolivia, and secured the adoption by the OAS of Resolution 456 (1X-0/79) decreeing the Caribbean a “Zone of Peace”.

(Bishop was acting against the background of a 1978 United Nations General Assembly Resolution which resolved that the member nations of the UN should establish “zones of peace in various regions of the world under appropriate conditions to be clearly defined and determined by the States concerned in the zones, taking into account the characteristics of the zone and the principles of the Charter of the United Nations”.)

Thus, in the operative part of the 1979 Resolution that Grenada successfully piloted through the OAS, the General Assembly of the OAS (inclusive of the governments of the United States of America and Canada) resolved as follows:-

” 1. To express its deep concern over the heightening of tension in the (Caribbean) sub-region resulting from the recent increases in military activity in the Caribbean area.

2. To repudiate the concept of the region, or any of its sub-regions, as a sphere of influence for any power. 3. To stress its support for the principles of ideological pluralism and peaceful co-existence, which are essential to the peace, stability and development of the region. 4. To call upon all states to recognize the region as a Zone of Peace, and to devote all their efforts, in appropriate regional and international forums, to the advancement of this concept.” And, having established this solid International Law foundation for the principle that the Caribbean must at all times be treated and respected as a Zone of Peace, Maurice Bishop then proceeded in the following years to further elucidate the specific elements of the definition of a Caribbean Zone of Peace. For example, in the 29th of June 1981 speech that he delivered in Grenada to CARICOM’s then “Standing Committee of Ministers of Foreign Affairs”, he enunciated :-

” Some of the substantive requirements to be satisfied in order to have our Caribbean effectively become a Zone of Peace include the following:-

(1) Prohibition of nuclear weapons in the region.

(2) An end to all aggressive military manoeuvres in the region.

(3) The dismantling of all foreign military bases in the region.

(4) The decolonisation of all of our territories and the establishment of machinery to end all forms of aggression, including assassinations, mercenary invasions, propaganda interventions and diplomatic and economic pressures.”

Unfortunately, as we are only too well aware, Maurice Bishop — the great apostle of Peace in the Caribbean– himself became a casualty of some of the worst forms of violence and national subversion that we have ever witnessed in our region, and was assassinated in October 1983.

But the principle that he had planted so firmly in the soil of International Law with that 1979 OAS Resolution lived on and was taken up after his tragic death by other Caribbean statesmen– chief among them being Barbadian Prime Minister, Errol Walton Barrow.

Indeed, in 1986-some three years after the assassination of Maurice Bishop-Prime Minister Errol Barrow reignited Bishop’s noble Zone of Peace mission in an historic speech to the opening ceremony of the CARICOM Heads of Government conference in Guyana. On that unforgettable occasion, the Barbadian national hero stated as follows:-

“My position remains clear that the Caribbean must be recognized and respected as a Zone of Peace…I have said, and I repeat that while I am Prime Minister of Barbados our territory will not be used to intimidate any of our neighbours: be that neighbour Cuba or the USA. And I do not believe that size is necessarily the only criterion for determining these matters. It is important to let people know where you stand…in what is a moral commitment to peace in our region.”

And ever since those heady days of the 1980’s, the political leaders of the Caribbean have continued to adhere to the stipulation contained in the United Nations Resolution of 1978 that they should “define” and “freely determine” the specific content of our Caribbean Zone of Peace, “taking into account the characteristics of the zone and the principles of the Charter of the United Nations”.

The most significant development in this regard has been the January 2014 Zone of Peace Declaration which was unanimously adopted in Havana, Cuba by the member states of the Community of Latin American and Caribbean States (CELAC)– a hemisphere-wide organization which includes virtually all of the independent nations of the Caribbean and the Americas, with the exception of the United States of America and Canada.

True to the United Nations stipulation, our Governments looked to the Charter of the United Nations for additional principles to flesh out the International Law concept of the Caribbean being a Zone of Peace and enunciated– among other things– a “permanent commitment” to solve disputes through peaceful means “with the aim of uprooting forever the threat or use of force in our region”; the commitment not to intervene, directly or indirectly, in the internal affairs of any other State and to observe the principles of national sovereignty, equal rights, and self-determination of peoples; and a commitment “to fully respect the inalienable right of every State to choose its political, economic, social and cultural system, as an essential condition to ensure peaceful coexistence among nations”.

It is therefore precisely these “Zone of Peace” principles that our CARICOM Heads of Government were able to look to for guidance when, on the 23rd of January 2019, events in the Bolivarian Republic of Venezuela– centred around Juan Guaido declaring himself President of the Republic– precipitated a profound concern about our region descending into armed conflict.

Indeed, it is thisMaurice Bishop engineered Zone of Peace concept and the principles embedded therein that our Heads of Government have stressed again and again in the several written and verbal Statements that they have issued on the crisis situation in Venezuela, as they have attempted to contribute to a peaceful resolution of the matter.

And so, it is vitally important that we should always keep in mind that we are building on the work of those that went before us and that laboured to create a path for us!

Although I participated in the COFCOR meeting, it would not be possible for me to determine with any certainty to what extent the Foreign Ministers, my fellow CARICOM Ambassadors, the CARICOM Secretariat staff, and the other regional officials who engaged in two days of intense deliberations in Grenada on the 13th and 14th of May were conscious of the fact that we were standing on the shoulders of the late Maurice Bishop and were being willed to validate the great and mighty work that this hero of our Caribbean Civilization had commenced way back in 1979 : but it is precisely that type of consciousness that we will need in CARICOM if we are to fulfill the immense and sacred duty that has been entrusted to us.