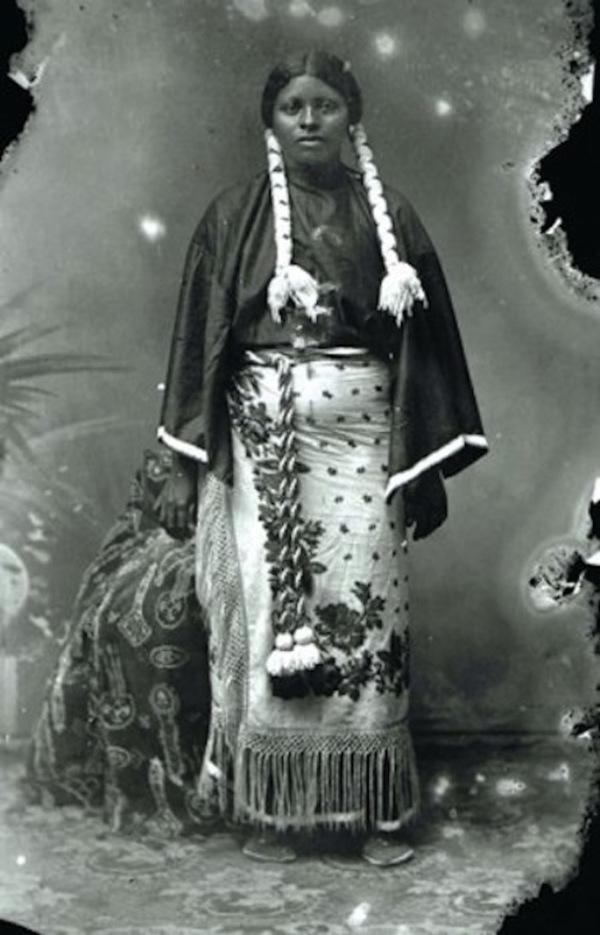 The Truth About “Indian” Hair

You Are Here: Home » Blog » Commentaries/Opinions » The Truth About “Indian” Hair

Happy November! In honor of Native American Heritage Month, the blog celebrates collaborations and shared struggles between Black and indigenous communities throughout the world. We illuminate the continuing opportunities to build anti-racist coalitions without over-romanticizing this complicated and storied relationship. Before we get to it, I’d like to clear up three persistent points of confusion about this issue.

1. You should probably say Native American and/or Indigenous, not “Indian”

As a community that has been subjected to an array of derogatory epithets, Black people certainly know there’s a lot in a name. People who were living in the Americas before the 15th century arrival of Columbus came to be called “Indians” because he and his fellow sailors were lost and thought they had reached Asia. Today, we know calling the Caribbean the “West Indies” is a bit misleading, given a flight from Havana to Mumbai takes over 24 hours and 9082 miles.

Although the geographic mix-up has been evident for centuries, the name “Indian” has stuck and is often used in manner that degrades and objectifies Native American history and culture. During the vibrant anti-racist social movement coalition in the 1960s and 70s (which also popularized African American, Asian American and Latino), activists asserted the term Native American better describes the historical fact that before British colonialism, tribes such as theCherokee, Pueblo and Lakota lived as distinct, autonomous cultural and political entities in what is now known as the USA. Some elders and organizations such as the American Indian Movement continue to use the word with pride, but those of us outside the community can show our solidarity and respect by avoiding it.

Indigenous is a broader human rights term that acknowledges communities throughout the US and internationally, such as the Mayans, Garifuna and Zulu. Indigenous peoples inhabited land prior to colonization, have ancestral rights to that land and maintain autonomous cultural identities. In 1997, the UN adopted the Declaration on the Rights of Indigenous Peoples that recognized their rights to self-determination and to strengthen their distinct political, legal, economic, social and cultural institutions. Both Native American and indigenous should be understood as larger umbrella terms for a variety of ethnic groups who have diverse histories and customs that are the foundations of humankind.

It may always be difficult to know precisely how many African Americans have significant genetic Native American ancestry because of the dislocation, familial separation and marginalization both communities have experienced. However, over 180,000 people have self-identified as both ethnically African American and Native American in the 2000 US Census. Some of us may have heard family stories about distant relatives that are difficult to confirm but may be connected to the proven history of intermarriage and provision of sanctuary between Native Americans and African Americans. Others among us may enjoy a more direct connection to our indigenous heritage through our parents, siblings and tribes.

Either way, I don’t believe acknowledging the “Indian” part of Black heritage necessarily involves asserting some kind of mitigated color, hair or racial privilege.  Appreciating how Native American and African American histories have intersected— and sometimes collided—gives both our communities a more complete perspective on how we have struggled against racism and for autonomy. Understanding the contemporary efforts of Black indigenous communities outside the US to maintain their land rights and acquire access to sustainable survival resources can enrich all of our abilities to cope with such issues.

3. Blood kin or not, we have a lot in common

The kinship shared between African Americans, Native Americans and indigenous communities of African descent outside the US has perhaps more to do with shared experiences than family ties. Throughout the US, activists are organizing to change policies that cause alarmingly disproportionate incarceration, poverty and high school drop out rates in both African American and Native American communities. Internationally, Black indigenous communities are fighting for environmental justice and against cultural stereotypes. Whether we have been marginalized to reservations in North Dakota, ghettos in New Orleans or Bantustans in South Africa, it seems we are engaged in similar struggles for resources and self-determination.

At Progressive Pupil, this Native American Heritage month we are especially thankful for organizers past and present who are working to solve the most pressing problems in indigenous communities everywhere. The original peoples continue to change the world.