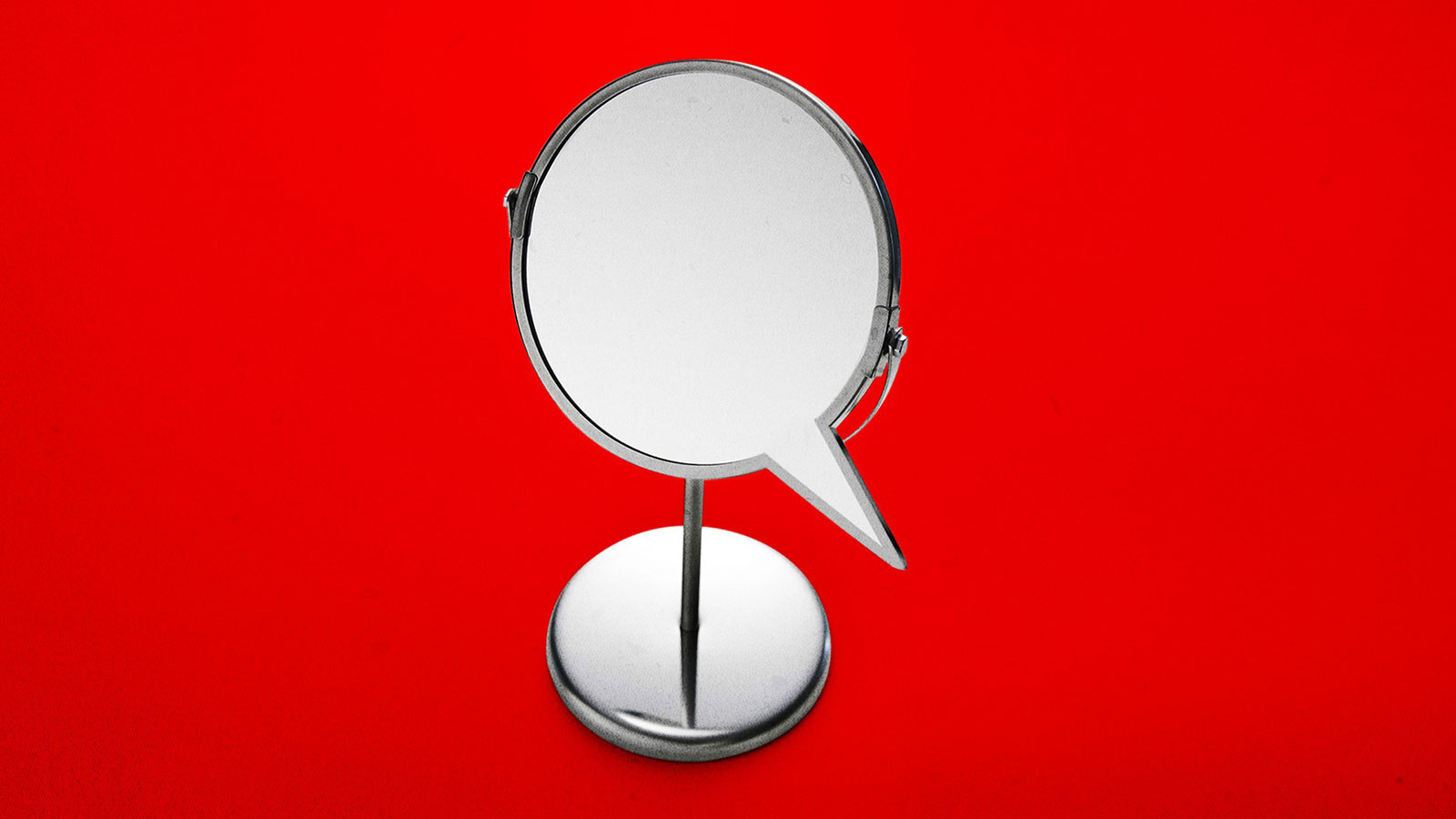 There is no debate over critical race theory

You Are Here: Home » Blog » Editors' Choice » There is no debate over critical race theory

Pundits and politicians have created their own definition for the term, and then set about attacking it.

By Ibram X. Kendi, The Atlantic —

Republican operatives have buried the actual definition of critical race theory: “a way of looking at law’s role platforming, facilitating, producing, and even insulating racial inequality in our country,” as the law professor Kimberlé Crenshaw, who helped coin the term, recently defined it. Instead, the attacks on critical race theory are based on made-up definitions and descriptors. “Critical race theory says every white person is a racist,” Senator Ted Cruz has said. “It basically teaches that certain children are inherently bad people because of the color of their skin,” said the Alabama state legislator Chris Pringle.

The Republican operatives, who dismiss the expositions of critical race theorists and anti-racists in order to define critical race theory and anti-racism, and then attack those definitions, are effectively debating themselves. They have conjured an imagined monster to scare the American people and project themselves as the nation’s defenders from that fictional monster.

The evangelist Pat Robertson recently called critical race theory “a monstrous evil.” And over the past year, that “monstrous evil” has supposedly been growing many legs. First, Republicans pointed to Black Lives Matter demonstrators. Three days after George Floyd’s murder last year, President Donald Trump recast the largely peaceful demonstrators as violent and dishonorable “THUGS.” By the end of July, Trump had framed them as “anarchists who hate our country.”

Next came attacks on the 1619 Project and American history. “Despite the virtues and accomplishments of this Nation, many students are now taught in school to hate their own country, and to believe that the men and women who built it were not heroes, but rather villains,” read Trump’s executive order on November 2, establishing the President’s Advisory 1776 Commission.

And now the Black Lives Matter demonstrators, cancel culture, the 1619 Project, American history, and anti-racist education are presented to the public as the many legs of the “monstrous evil” of critical race theory that’s purportedly coming to harm white children. The language echoes the rhetoric used to demonize desegregation after the Brown v. Board of Education decision, in 1954.

In the 1950s and ’60s, the conservators of racism organized to keep Black kids out of all-white schools. Today, they are trying to get critical race theory out of American schools. “Instead of helping young people discover that America is the greatest, most tolerant, and most generous nation in history, [critical race theory] teaches them that America is systemically evil and that the hearts of our people are full of hatred and malice,” Trump wrote in an op-ed on June 18.

After it was cited 132 times on Fox News shows in 2020, critical race theory became a conservative obsession this year. Its mentions on Fox News practically doubled month after month: It was referred to 51 times in February, 139 times in March, 314 times in April, 589 times in May, and 737 times in just the first three weeks of June. As of June 29, 26 states had introduced legislation or other state-level actions to “restrict teaching critical race theory or limit how teachers can discuss racism and sexism,” according to Education Week, and nine had implemented such bans.

Was Yglesias really arguing against me, or was he arguing against himself? What about the columnist Ross Douthat? In a recent op-ed in The New York Times, he did what GOP thinkers keep doing to Americans striving to construct an equitable and just society: re-create us as extremists, as monsters to be feared for speaking out against racism. Douthat accused me of “ideological extremism that embarrasses clever liberals,” comparing me to the late Rush Limbaugh. I’ve spent my career writing evidence-based historical scholarship and demonstrating my willingness to be vulnerable; Limbaugh had no interest in being self-critical, and for decades attacked truth and facts and evidence.

Douthat claimed that I have a “Manichaean vision of public policy, in which all policymaking is either racist or antiracist, all racial disparities are the result of racism—and the measurement of any outcome short of perfect ‘equity’ may be a form of structural racism itself.”

Where did he get perfect equity? In How to Be an Antiracist, I define racial equity as a state “when two or more racial groups are standing on a relatively equal footing.” I proposed that an example of racial equity would be “if there were relatively equitable percentages” of racial groups “living in owner-occupied homes in the forties, seventies, or, better, nineties.” By contrast, in 2014, 71 percent of white families lived in owner-occupied homes, compared with 45 percent of Latino families and 41 percent of Black families. That’s racial inequity.

If you want to understand why I’ve made these arguments, you first need to recognize that for decades, right-wing thinkers and judges have argued that policies that lead to racial inequities are “not racist” or are “race neutral.” That was the position of the conservative Supreme Court justices who recently upheld Arizona’s voting-restriction policies. Those who wish to conserve racial inequity want us to focus on intent—which is hard to prove—rather than the outcome of inequity, which is rather easy to prove. Case in point: GOP state legislators are claiming that the 28 laws they’ve enacted in 17 states as of June 21 are about election security, even though voter fraud is a practically nonexistent problem. They claim that these laws aren’t intended to make it harder for Black voters or members of other minority groups to cast ballots, even as experts find that’s precisely what such laws have done in the past, and predict that’s likely what these new laws will do as well.

These critics aren’t just making up their claims as they go along. They are making up the sources of their criticism as they go along. Douthat argues that work like mine “extends structural analysis beyond what it can reasonably bear, into territory where white supremacy supposedly explains Asian American success on the SAT.” Who is giving this explanation other than Douthat? I’m surely not. I point to other explanations, including the history of highly educated Asian immigrants and the concentration of score-boosting test-prep companies in Asian (and white) neighborhoods.

White supremacy does explain why more than three-quarters of the perpetrators of anti-Asian hate crimes and incidents before and during the pandemic have been white. Asian American success as measured by test scores, education, and income should not erase the impact of structural racism on Asian Americans and Pacific Islanders. This group now has the highest income inequality of any racial group in the United States. Asian Americans in New York experienced the highest surge of unemployment of any racial group during the pandemic. Do the critics of critical race theory want us to think of the AAPI community as not just a “model minority,” but a model monolith? Showcasing AAPIs to maintain the fiction of a postracial society ends up erasing Asian Americans and Pacific Islanders.

Critical race theory has been falsely labeled as anti-Asian. Helen Raleigh, an Asian American entrepreneur, defined critical race theory as a “divisive discriminatory ideology that judges people on the basis of their skin color” in Newsweek. “It is my practice to ignore critics who have not read the work and who are not interested in honest exchange,” responded one of the three Asian American founders of critical race theory, Mari Matsuda, a law professor at the University of Hawaii. “But I do want to say this for the record: Asian Americans are at the center of CRT analysis and have been from the start.”

How should thinkers respond to monstrous lies? Should we mostly ignore the critics as Matsuda has, as I have? Because restating facts over and over again gets old. Reciting your own work over and over again to critics who either haven’t read what they are criticizing or are purposefully distorting it gets old. And talking with people who have created a monologue with two points of view, theirs and what they impute to you, gets old.

But democracy needs dialogue. And dialogue necessitates seeking to know what a person is saying in order to offer informed critiques.

As a scholar, I know that nothing is more useful than criticism to improve my scholarship. As a human being, I know that nothing is more constructive than criticism to improve my humanity. I’ve chronicled how criticism and critics have been a driving force on my journey to be anti-racist, to confront my own racist, sexist, homophobic, and classist ideas—and their intersections. Constructive criticism often hurts, but like painful medical treatments, it can be lifesaving; it can be nation-saving.

Ibram X. Kendi is a contributing writer at The Atlantic and the Andrew W. Mellon Professor in the Humanities and the director of the Boston University Center for Antiracist Research. He is the author of several books, including the National Book Award–winning Stamped From the Beginning: The Definitive History of Racist Ideas in America and How to Be an Antiracist.