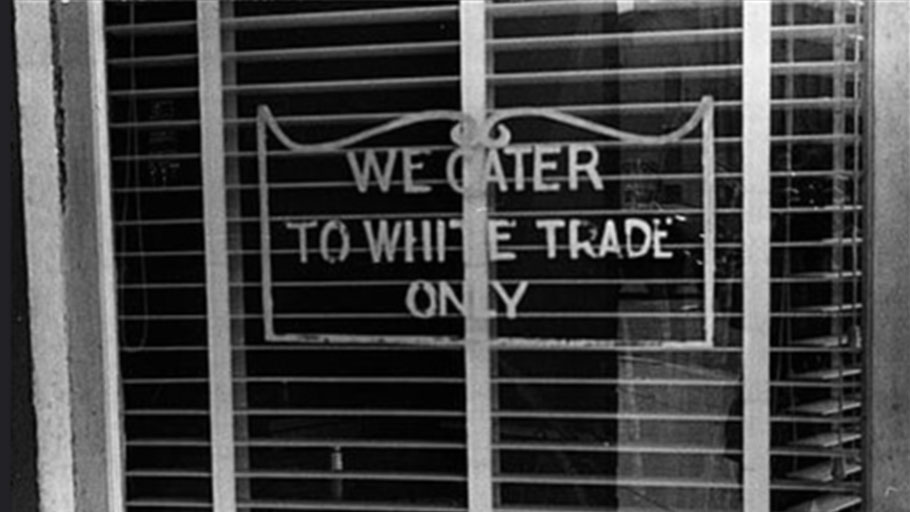 How U.S. Capitalism Opened the Door to Racial Oppression

You Are Here: Home » Blog » Editors' Choice » How U.S. Capitalism Opened the Door to Racial Oppression

Bryan Stevenson, executive director of the Equal Justice Initiative, recently surveyed U. S. patterns of violent racial oppression following the end of slavery. Pointing to South Africa, Rwanda, and Germany as countries that, for the sake of healing, confronted their own histories of racial oppression, he called upon America to follow their examples: “We can’t change our past, but we can acknowledge it and better shape our future.” (1)

He adds that, “in America, we barely acknowledge the history and legacy of slavery, we have done nothing to recognize the era of lynching, and only in the last few years have a few monuments to the Confederacy been removed in the South.” Stevenson presumably is calling upon Americans both to remember their history of oppressing black people and to fight racism.

However, many white people who do acknowledge historical truths are silent as to the outcome and impact of racial oppression.  They are the intellectual heirs of many southerners without slaves, northerners who tolerated slavery, and later Americans who went along with lynchings, judicial perversions, and Jim Crow. The question is: why have great numbers of whites in the United States never engaged on the side of justice for black people?

White people aspiring to fix racial injustice in the United States are on a rocky road.  Woven into the fabric of their society are the mores and practices of capitalism. These bear on human relationships notable for competition, notions of the inevitability of losers, free rein for individual prerogatives, and the measuring stick of monetary worth. When it comes to solidarity with an underclass, a majority of white Americans have usually looked the other way. And white Americans, and maybe blacks, have been leery about challenging their society’s established order, which includes class divisions. They fear repercussions.

A giant entrepreneurial machine was operating in the southwestern U. S. frontier of the early 1800s. Its bare- bones story is of land seized from Native Americans, cotton plantations multiplying, slaves producing cotton, cotton being processed in England, great wealth accumulating, and the wherewithal being created for U. S. industrialization.

In 1836 cotton production accounted for “almost half of the economic activity of the United States” and “More than half of all American exports between 1815 and 1860 consisted of cotton,” with almost 80 percent of it heading for Great Britain. (2) Between 1800 and 1860 cotton production increased by a factor of 130; “Planter entrepreneurs … became the richest class of white people in the United States.” (3)

Historian Edward Baptist also reports in The Half Has Never Been Told that “two million slaves worth over $1 billion” represented “the biggest pool of collateral” in the United States, “20 percent of private U. S. wealth,” and “the most liquid part of that wealth.” Moreover, profits derived from slavery and cotton production were reinvested to create “the world’s second industrial revolution.” In fact, cotton enabled the United States to develop “the fastest growing economy in the world.” (4)

Walter Johnson tells how land “upriver” from New Orleans “was materially subservient to the caprice of speculators in distant markets,” such that, “The cords of credit and debt – of advance and obligation – that cinched the Atlantic economy together were anchored together with the mutually defining values of land and slave: without land and slaves, there was no credit, and without slaves, land itself was valueless.” (5)

Lending by the Bank of the United States (BUS) in the lower Mississippi Valley was 16 times greater in 1832 than was the case in 1824. The infusion of capital financed a “massive expansion of the internal slave trade.” The movement of slaves from coastal to southwestern states fueled the “boom times.” Baptist explains that, “The well-connected [Isaac] Franklin firm drew up to $40,000 at a time from the BUS to buy slaves in the East …[A]bout 5 percent of all the commercial credit handled by the BUS in 1831-35 passed through … this single slave partnership.” (6)

South Carolina’s senator John C. Calhoun was the lead ideologist for slavery and cotton interests. Baptist credits Calhoun’s theories as being “modern, tailored to a market economy.” Calhoun measured “people as factors of production” and “believed that entrepreneurs should be able to wield private property without restraint.” “Enslavers … saw themselves as … running a highly successful innovative sector of the world economy.” (7)

Historian Sven Beckert describes a gala event in Manchester, England. The celebrating Chamber of commerce members had created “a global web of agriculture, commerce, and industrial production. Merchants brought raw cotton from around the world and took it to British factories, home to two thirds of the world’s cotton spindles. An army of workers spun than cotton into thread and wove it into finished fabrics; then dealers sent those wares out to the world’s markets.” (8)

Beckert’s book, Empire of Cotton, is about the “rise and fall of the European – dominated empire of cotton. But because of the centrality of cotton, its story is also the story of the making and remaking of global capitalism and with it if the modern world.” It “offers a history of capitalism in action.” (9)

He notes that, “enterprising entrepreneurs and powerful statesmen in Europe recast the world’s most significant manufacturing industry by combining imperial expansion and slave labor with new machines and wage workers.“ Actually, “cotton made possible both the birth of capitalism and its subsequent reinvention.” Beckert maintains that, “It was on the back of cotton, and thus on the back of slaves, that the US economy ascended in the world.” (10)

The modern historians were echoing Karl Marx, that most serious student of capitalism. “Direct slavery is just as much the pivot of bourgeois industry as machinery, credits, etc.,” Marx wrote in 1846; “Without slavery you have no cotton; without cotton you have no modern industry. It is slavery that has given the colonies their value; it is the colonies that have created world trade, and it is world trade that is the pre-condition of large-scale industry.”

As W. E. B. Dubois reported in his Black Reconstruction, “The slave went free; stood a brief moment in the sun; then moved back again toward slavery.” (12) Southern landowners, eager to restore the cotton economy, reasserted control. They improvised, because now they had to cope with laborers seeking wages or land of their own to farm. The former Confederate elite worried that black workers might follow the path of white northern counterparts who were then agitating for better lives. During Reconstruction, formerly enslaved blacks had already asserted themselves politically.

White political leaders responded by inflaming racial prejudice in order to facilitate repression. Northern politicians, the media, and other opinion-shapers launched a virulent anti-black propaganda campaign in order to subjugate blacks and, not least, to ward off incipient black – white unity in labor struggles.

Studies show that racist attitudes can be turned off and on. Writing in 1948, sociologist Oliver Cromwell Cox holds that U. S. race relations “are definitely not caste relations. They are labor – capital – profits relationships.” (13) For analyst Adolph Reed Jr., race is a “social category.” (14)

Reed cites the example of amicable relations between white indentured servants and the relatively few African slaves working in 18th century Virginia. Governmental rules differentiating the two groups were lacking, that is, until colonial authorities applied repressive regulations solely to African slaves. They did so because fewer indentured servants were arriving, plantations were requiring more labor, and poor whites were restive.

Later, as U. S. slavery peaked, slave-owners cut back on racist rhetoric and provocations; they already possessed ample power over their slaves, quite enough for forcing slaves to produce and for warding off rebellions. (15)

Cox explains the outburst of racism after slavery’s end: “[I]n the United States the race problem developed out of the need of the planter class, the ruling class, to keep the freed Negro exploitable. To do this, the ruling class had to do what every ruling class had to do; that is, develop mass support of the policy. Race prejudice was and is the convenient vehicle … Race prejudice in the United States is the socio-attitudinal matrix supporting a calculated and determined effort of a white ruling class to keep some people or peoples of color and their resources exploitable.” (16)

Stevenson calls upon white people to acknowledge the truth about racial oppression and to act accordingly. But he may find few takers. Many white Americans, including political leaders, harbor underlying suspicions that actions taken to achieve real equality for black people may somehow be destabilizing. For them, such initiatives may contain the seeds of a resistance carrying the potential for shaking up the established, or capitalist, order of things.

And, Americans in great numbers, blacks and whites alike, identity with economic expansion, gratification of individual initiative, and possibilities for accumulation, all hallmarks of U. S. capitalism. Violent racial oppression may have gotten a pass from the fact that its tenure in the nineteenth and early twentieth centuries coincided with the U. S. economic and political rise in the world.

Capitalism’s association with racial oppression says a lot about how to end it. Resistance informed by moral outrage, or dedication to human rights, has achieved much, but not enough; black people are still being exploited and oppressed. Such victimization will only end, it seems, when the basics of the exploitative capitalist system change.

To the point: let horror at the brutalities of an overarching system dedicated to greed be joined with horror at the slave’s suffering, at a police shooting of a black man, at the black defendant railroaded to prison. The time is now for carrying out the fight to end racial oppression within the framework of a larger struggle, the one to replace capitalism.

Addendum: How one family tolerated, and carried out, racial oppression

Putting out his call for acknowledging and taking responsibility, Bryan Stevenson could have been speaking directly to my own family. We are whites and most family members have neither spoken out against racial injustice nor dealt with ancestors’ leading roles in perpetrating the worst abuses of slavery.

The mother of my maternal grandfather was the great niece of the slave trader Isaac Franklin, mentioned above. She was the foster daughter of John Armfield, Franklin’s slave –trading partner.

When he died in 1846, Isaac Franklin, the South’s wealthiest man, owned six plantations in Louisiana (one would become Angola Prison); another in Gallatin, Tennessee; hundreds of slaves; and thousands of acres in Texas. According to Smithsonian Magazine, “Franklin & Armfield put more people on the market than anyone—perhaps 25,000—broke up the most families and made the most money. About half of those people boarded ships in Washington or Norfolk, bound for Louisiana, where Franklin sold them. The other half walked from the Chesapeake to the Mississippi River, 1,100 miles.” (17) The Franklin & Armfield firm maintained its headquarters and a “slave pen” in Alexandria, Virginia.

On his father’s side, my grandfather was the grandson of someone who migrated from Harford County, Maryland to Mississippi where, in the early 19th century, he became a planter, merchant, and land speculator. Other Harford County people, related by marriage to my own family, did likewise. They were joining in on the national project of making good in the Mississippi Valley.

W.T. Whitney Jr. is a retired pediatrician and political journalist living in Maine.