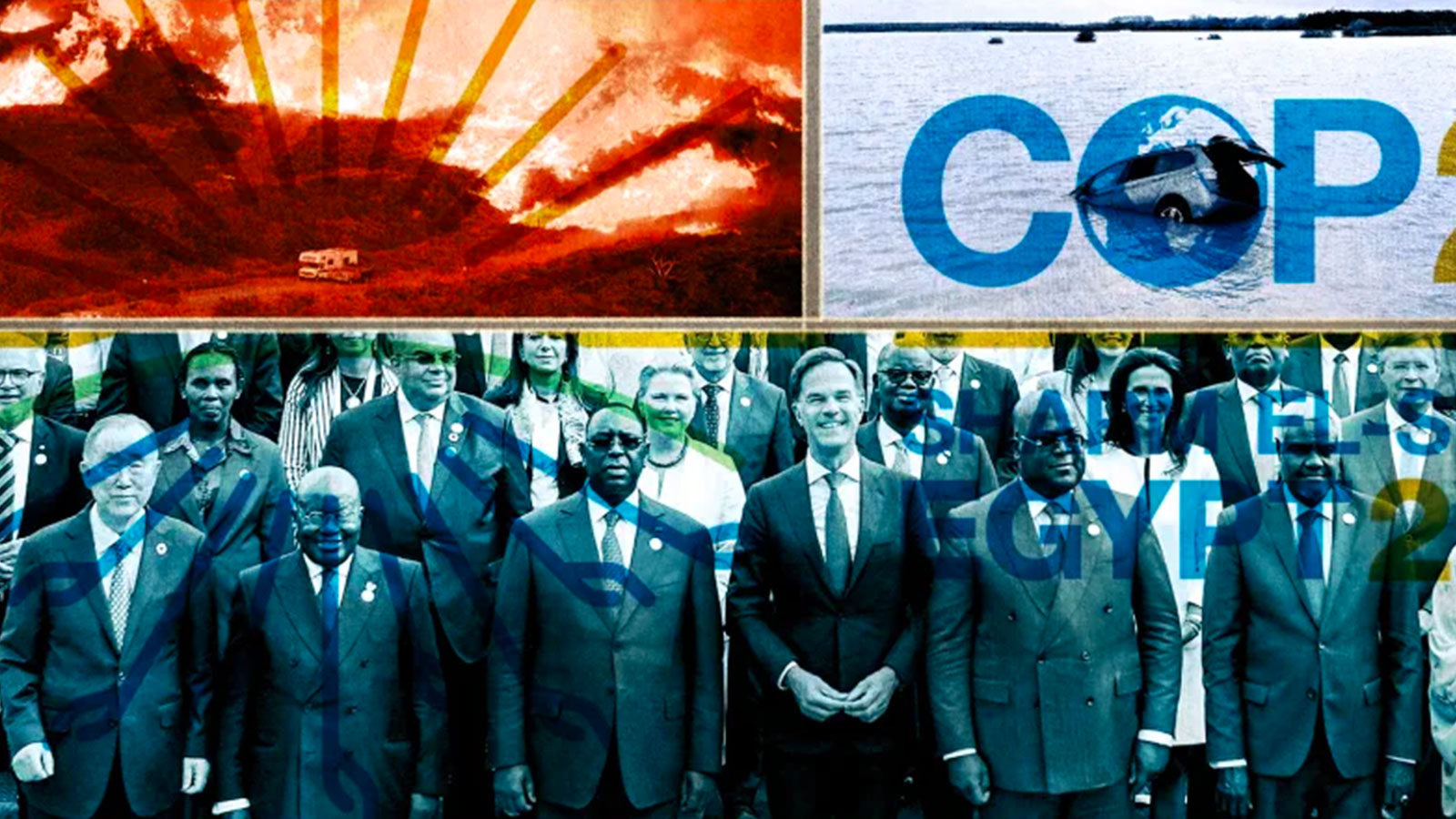 What to expect at COP27

Leaders and activists are meeting in Egypt at a precarious time for the planet.

By Devika Rao, The Week —

Starting on Nov. 6 and running through Nov. 18, Egypt will host the 27th United Nations Climate Change Conference, also known as COP27. More than 35,000 delegates from around the world will meet in the coastal city of Sharm el-Sheikh to discuss plans to address the climate crisis. Here’s everything you need to know:

COP is short for Conference of Parties, referring to 197 nations in the U.N. who agreed to the United Nations Framework Convention on Climate Change (UNFCCC) in 1992. The treaty was forged as part of an effort to address humanity’s role in changing the climate, and curb dangerous greenhouse gas emissions, The New York Times explains. Now the convention occurs annually.

This year’s conference takes place in Egypt, the first African country to host. The location is key: It could shift the focus of the conference given that many African countries are facing more damage from climate change. Egypt’s goals for this year’s convening are mitigation, adaptation, finance, and collaboration.

Mitigation refers to the U.N. climate goal of limiting global warming to 1.5 degrees Celcius as part of the Paris Agreement. Even at this level, the Earth would see huge changes: Coral reefs would die off, storms, floods, and droughts would become more intense, and glaciers would melt more quickly.

Adaptation and finance efforts will aim to address how cities are preparing for and reacting to climate change — and how these adjustments will be paid for. COP27 could focus heavily on allocating funding for developing countries to do things like move vulnerable populations, and pay for climate-related damage, the Times adds. At COP15, developed countries made a commitment to mobilize $100 billion per year collectively by 2020 to fund climate action in developing nations; the progress of that goal will be discussed at this year’s conference.

Collaboration, perhaps the main goal of COP27, refers to encouraging negotiations and agreements between nations, governments, the private sector, and people to find the most suitable climate solutions.

What can we expect from the conference?

COP27 comes at a rather turbulent time for the world, with many countries facing energy crises as well as worsening climate disasters. Russia’s war in Ukraine has also stifled progress, as many countries that promised climate action have been unable to take any steps.

At COP26 in Glasgow, 193 countries agreed to make stronger commitments to reducing emissions; however, only 23 submitted plans to the U.N. This year’s U.N. report also found “global and national climate commitments are falling pitifully short,” in the words of U.N. Secretary-General António Guterres.

According to the U.N. Foundation’s Vice President for Climate and the Environment Pete Ogden, this year’s conference will pay special attention to the African continent, which is disproportionately affected by climate change. A major focus will be on irreversible “loss and damage” already incurred, and relocating and rebuilding.

Ogden also said that a lot of attention at COP27 will be paid to China, the largest emitter of greenhouse gases in the world, and what its plans are to reduce emissions and contribute to the 1.5-degree goal. He cited the tense relationship between the U.S. and China as well as China’s silence on climate in the U.N. General Assembly earlier this year as reasons to be concerned.

Over the two weeks of the conference, there will be a number of workshops, plenary meetings, and discussions with a variety of stakeholders including world leaders, activist groups, U.N. agencies, and NGOs.

What are some of the criticisms?

Egypt has been accused of greenwashing — gesturing toward climate action by hosting the event but in fact concealing its own environmental sins in the process. Swedish climate activist Greta Thunberg will not be attending COP27, saying, “The COPs are mainly used as an opportunity for leaders and people in power to get attention, using many different kinds of greenwashing.”

The summit is being hosted in a famous resort town, and many speculate the intention is to keep regular Egyptians — some of whom plan to protest — from interacting with the conference attendees, The Guardian reports. Hussein Baoumi of Amnesty International commented that hosting the event in Sharm el-Sheikh tells “how the Egyptian presidency and the leadership view their ideal society, it’s a gated one without the masses.”

One of the primary goals of the summit is climate finance, but many feel sure that nothing will be settled in the two weeks due to high energy prices and global tensions. “Avoiding a rollback of existing pledges and commitments … could probably be considered a success,” said Benedict Buckley, research analyst at ClearBridge Investments.

Guterres said ahead of the summit, “I am urging leaders at the highest level to take full part in COP27 and tell the world what climate action they will take nationally and globally.”