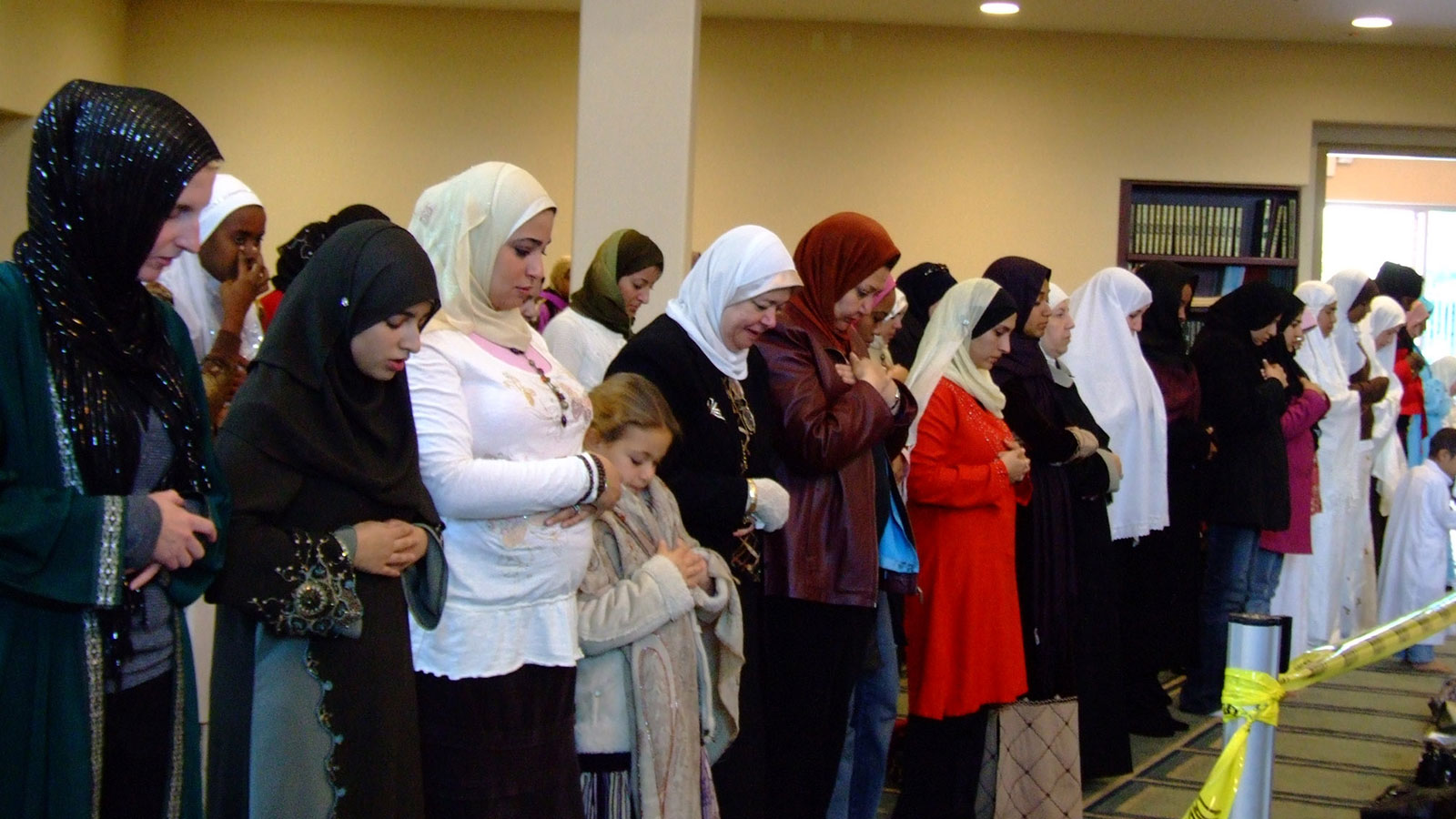 By Ken Chitwood, The Conversation —

Eid literally means a “festival” or “feast” in Arabic. It is celebrated twice a year as Eid al-Adha, (pronounced eed al-Ahd-huh) and Eid al-Fitr.

2. Why is it celebrated twice a year?

The two Eids recognize, celebrate and recall two distinct events that are significant to the story of the Islamic faith.

Eid al-Fitr means “the feast of breaking the fast.” The fast, in this instance, is that of Ramadan, which recalls the revealing of the Quran to Prophet Muhammad. 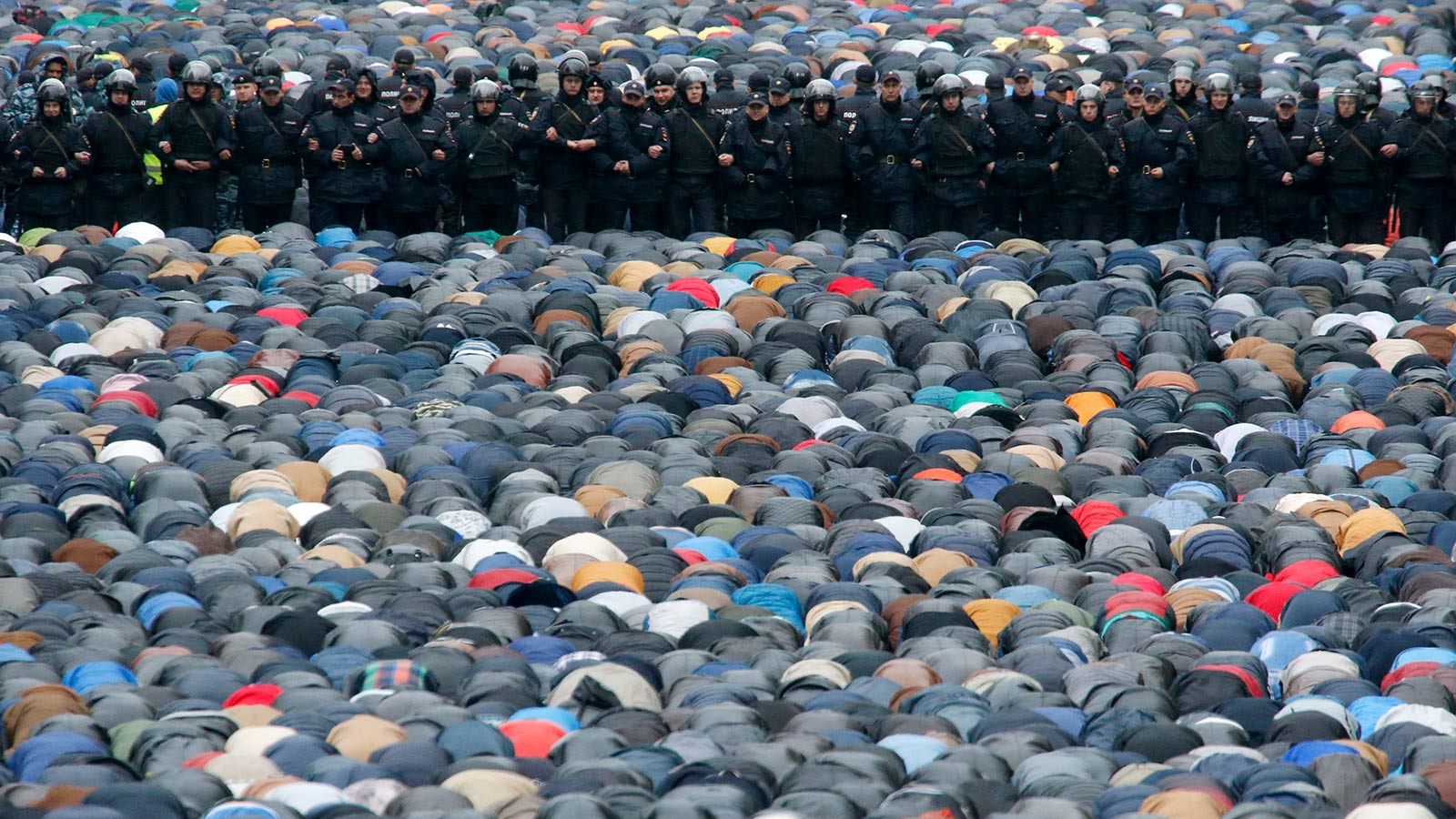 Eid celebrations can last up to three days. In many countries with large Muslim populations, it is a national holiday. Schools, offices and businesses are closed so family, friends and neighbors can enjoy the celebrations together. Saudi Arabia has announced a 16-day holiday this year for Eid. In Turkey and in places that were once part of the Ottoman-Turkish empire such as Bosnia and Herzegovina, Albania, Azerbaijan and the Caucasus, it is also known as the, “Lesser Bayram” (meaning “lesser festival” in Turkish).

The other festival, Eid al-Adha, is the “feast of the sacrifice.” It commemorates the end of Hajj, an annual pilgrimage by millions of Muslims to the holy city of Mecca in Saudi Arabia that is obligatory once in a lifetime, but only for those with means.

Eid al-Adha recalls the story of how God commanded Ibrahim to sacrifice his son Ismail as a test of faith (the story is of Abraham and Isaac in the Hebrew Torah and Christian Old Testament). The story, as narrated in the Quran, describes Satan’s attempt to tempt Ibrahim so he would disobey God’s command. Ibrahim, however, remains unmoved and informs Ismail, who is willing to be sacrificed.

But, just as Ibrahim attempts to kill his son, God intervenes and a ram is sacrificed in place of Ismail. This story has institutionalized the ideal of sacrifice in Islam and continues to be commemorated each year. During Eid al-Adha, Muslims slaughter an animal to remember Ibrahim’s sacrifice and remind themselves of the need to submit to the will of God. Eid al-Adha is also known as the “Greater Bayram.”

3. When are they celebrated?

Eid al-Adha is celebrated on the 10th day of the 12th and final month in the Islamic calendar.

Eid al-Fitr is celebrated on the first day of the 10th month in the Islamic calendar.

Thus, Ramadan and Eid “rotate” through the Gregorian calendar and can be celebrated during different seasons in the Southern and Northern hemispheres. In 2017, for example, Eid al-Fitr was celebrated on June 25. In 2018, the date for Eid al-Fitr will be June 15. For Eid al-Adha, the date this year is September 1. In 2018, it will fall on August 21.

4. What customs are common during the two Eids?

Eid al-Fitr features two to three days of celebrations that include special prayers. People greet each other with “Eid Mubarak,” meaning “Blessed Eid.” Gifts are given out to the poor before the morning prayers. In addition, Muslims are encouraged to forgive differences and let go of grudges. There are a multitude of other practices that vary from country to country.

On Eid al-Adha, pilgrims in Mecca reenact Ibrahim’s rejection of Satan’s temptation. During the pilgrimage, Muslims cast stones at a pillar, which represents Satan. In remembrance of how Ibrahim was given a ram to sacrifice as a substitute for his son, they proceed to sacrifice animals such as goats, cattle, sheep or camels. 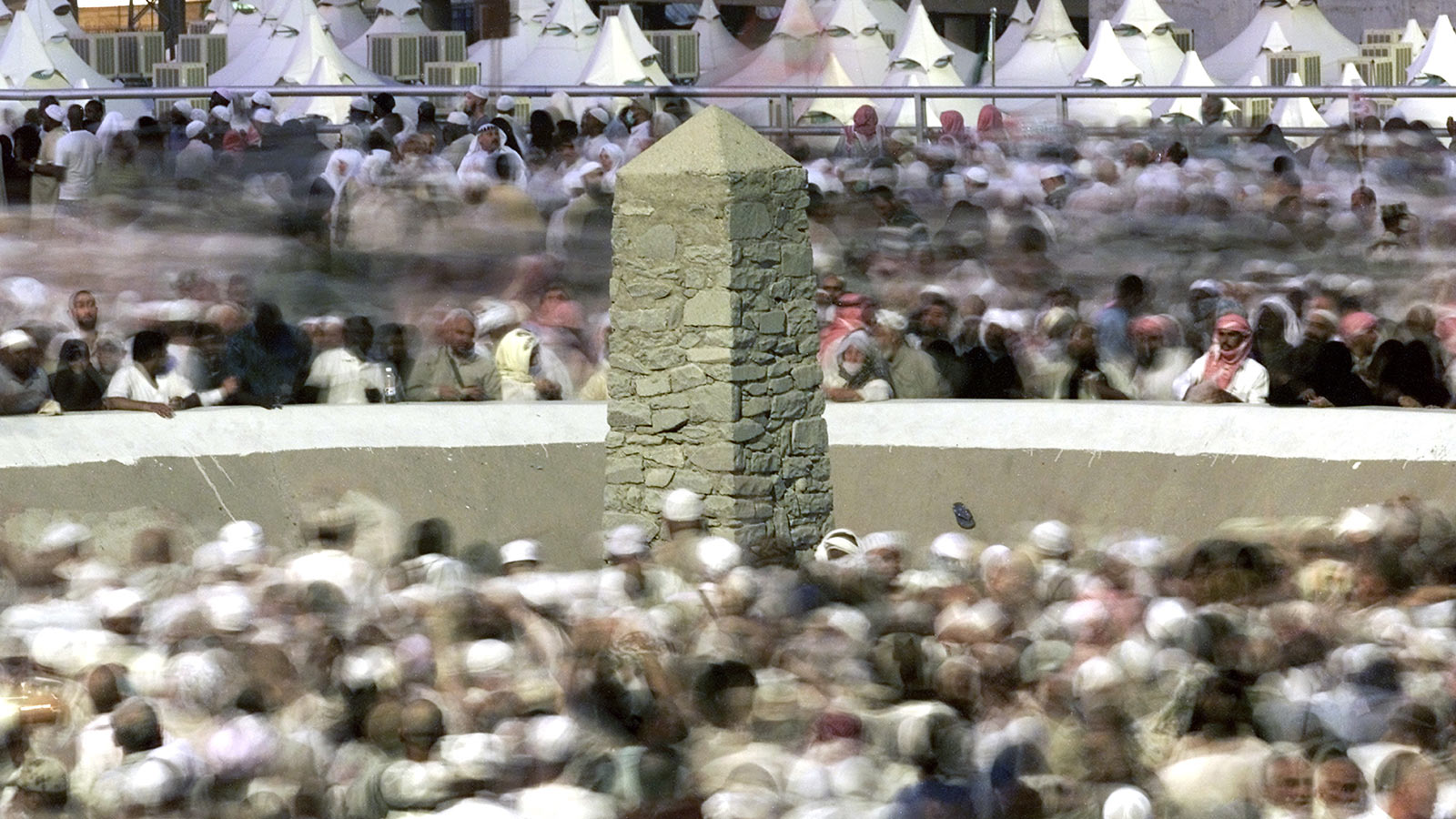 Muslim pilgrims ‘stone the devil’ in Mena, outside of Mecca. Shamil Zhumatov/Reuters

Those unable to go on the pilgrimage visit mosques and even family gravesites..

5. What is the spiritual meaning of sacrifice during Eid al-Adha?

The sacrifice represents how, like Ibrahim, pilgrims and practicing Muslims worldwide are willing to give up even their most precious possessions.

Charity to the poor is a highly emphasized value in Islam. The Quran says,

“believe in Allah and his messenger, and give charity out of the (substance) that Allah has made you heirs of. For those of you who believe and give charity – for them is a great reward.” (57.7)

So, as part of this practice, only around a third of the meat is consumed by the family or group of friends; the rest is given to the poor and needy.

Furthermore, the sacrifice of animals too is carried out through specific instructions that minimize their suffering. This is part of the moral obligation of Muslims.

6. What are some of the modern-day challenges?

With more than two million arriving in Mecca these days, the pilgrimage presents a logistical challenge for countries providing meat for the sacrifice. Saudi authorities strive to find alternative methods of preserving, distributing and dealing with the vast amount of meat that comes from the animal sacrifices.

In the U.S. Muslims consume halal meat – that is, meat that has been prepared by adhering to the rules – but they are not allowed to perform the sacrifice themselves. Food laws require that meat be acquired from certified butchers who follow standard federal and halal rules. However, some Muslims might send money to their friends and relatives in other countries to help fund a sacrifice.