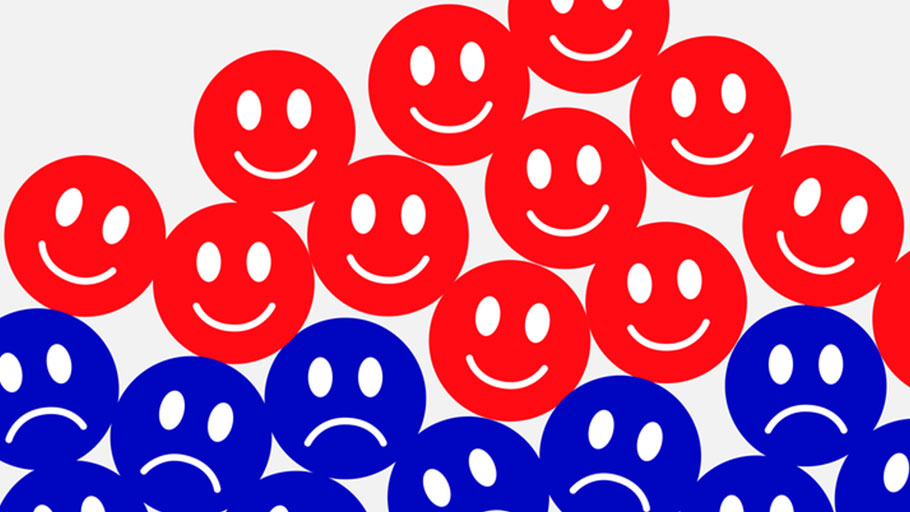 Why the Election Wasn’t a Biden Landslide

You Are Here: Home » Blog » Editors' Choice » Why the Election Wasn’t a Biden Landslide

Despite a pandemic and an abysmal recession, five economic factors spared the incumbent from a more lopsided loss.

By Annie Lowery, The Atlantic —

Why didn’t the pandemic recession precipitate a landslide for Joe Biden?

That is a central mystery stemming from what, at the moment, looks like a narrow, if decisive, loss for President Donald Trump. Even though the unemployment rate is more than double what it was a year ago, even though 1 million Americans a week are applying for jobless aid, even though Congress has failed for six months to pass desperately needed additional stimulus, even though Trump has the worst job-creation record of any president going back to World War II, voters gave the incumbent decent marks on the economy up to Election Day, and he expanded his 2016 vote count by at least 5.7 million. At least five factors seemed to be at work, turning what should have been a gale-force headwind against Trump into little more than a breeze, and allowing the president to continue running on the strength of an economy that the coronavirus destroyed.

The first is that the general election occurred when the economy was bouncing back, not when it was falling apart. Voters, as a general point, care a lot about the direction of the economy: They are more prone to punish a ruling party if the unemployment rate is low but rising than if it is high but falling. Trump fell into that latter category, as did Barack Obama in 2012. The terrible-but-improving economy let Trump run on a record of restoring jobs and reopening businesses, and meant that as voters made up their mind, they saw historic growth numbers and strong jobs reports, not a sharp drop in year-over-year GDP and awful unemployment rates.

The second factor is that household finances have held up better than economic headlines would suggest, because of the trillions of dollars of stimulus passed by Congress back in the spring. The one-off, $1,200 checks that Uncle Sam sent to most Americans a few months ago, combined with the massive $600-a-week temporary boost to unemployment-insurance benefits, meant that the catastrophic job losses of the spring and summer did not translate into income losses, on net, for American families, government data show. Because many households cut back spending on things such as travel, doctors’ visits, entertainment, and restaurant meals, they ended up with more cash on hand and higher savings.

That shoring-up is coming to an end, as many families spend through their stimulus payments and struggle to find work. The recovery is slowing down. Still, congressional efforts on household finances have translated into shockingly good polling on the economy for Republicans. As of September, half of Americans said they saw Trump as an effective leader on the economy, versus 43 percent for Joe Biden. Surveys conducted in October showed voters approving of Trump’s handling of the economy by a significant margin.

A third factor is that the people most hurt by Trump’s horrific mismanagement of the federal public-health response and the ensuing economic fallout were more likely to be Democrats who were not voting for Trump in the first place. In geographic terms, coastal states have suffered worse job losses and sharper contractions than many of the square states of the interior: Hawaii’s jobless rate is more than 15 percent and California’s is more than 10 percent, versus 5 percent or less in Nebraska, South Dakota, North Dakota, Iowa, and Utah. Moreover, the jobs crisis is harsher in dense, urban areas than in sparse, rural ones. As a result, the economist Jed Kolko estimates, the unemployment rate was four percentage points higher for likely Democrats than for likely Republicans as of July. Demographics and wage dispersion matter here too: The COVID-19 recession has caused disproportionate job losses for young, Black, and low-wage workers—who tend to vote Democratic. Their older, whiter, higher-income counterparts, more likely to support Trump, have come through the viral recession relatively unscathed.

More broadly, as a fourth factor, Americans seem not to blame Trump for the wreckage caused by the coronavirus or the ensuing recession, treating it more like an act of God than a product of policy choices. In an October poll, just over half of Americans said that Trump’s administration had a “great” deal of responsibility for the situation, whereas three in four Americans blamed George W. Bush for the Great Recession a year into Obama’s first term. Trump’s endless blame-shifting might have worked: He never took responsibility for the 230,000 deaths or the millions of job losses, instead blaming China and Democrats for shutting down the economy. Voters seem to have listened.

Finally, political polarization is altering how voters perceive the economy. Throughout Trump’s tenure, Democrats never wavered in their disdain for him and his economic management. Republicans never wavered in their support. His approval and disapproval ratings were freakishly steady. Even a colossal recession and a pandemic could not change that. Democrats see the world through blue-colored glasses and Republicans see through red-colored ones, and that means real-life economic conditions might have less of an effect on elections than they did in the past.

Many voters were buffered from the financial repercussions of joblessness, unequal in terms of their experience of the downturn, and polarized in terms of their understanding of who was responsible for it and how bad things were. That helped Trump in 2020. Just not enough.