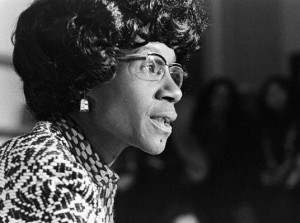 As the Institute of the Black World 21st Century (IBW) was mobilizing/organizing the State of the Black World Conference convened in New Orleans in November   2008, IBW explicitly stated that a major goal was to discuss issues of concern to Black people that should be addressed no matter who occupied the White House. At that, Conference IBW put forth a Priority Public Policy Agenda and announced its intention to create the Shirley Chisholm Presidential Accountability Commission (SCPAC) to monitor how issues of concern were being addressed by the Obama administration.

It should be clear that the idea to create SCPAC was not in response to the election of America´s first Black president; it was a statement of intent to institutionalize an important dimension of Black politics: the monitoring of presidential administrations and reporting the results to Black America as a basis for promoting and protecting Black interests and aspirations. IBW called for the creation of the Commission in 2008 because Black America has been in disarray, disoriented and terribly disorganized/dysfunctional as it relates to institutionalized processes for aggregating and advancing a Black agenda.

Implicit in IBW´s presentation of a Priority Public Policy Agenda and the call for the Commission was/is the emphatic view that the myriad crises afflicting vast numbers of Black people will necessitate the development, articulation and aggressive promotion of a Black Agenda well into the 21st century, if not forever. The issue is how to devise a Black Agenda, by what means will it be advanced and how will its implementation be monitored. These issues speak to questions of political principle and to how we function collectively as a national Black community to aggregate and advance our interests.

This is not a new proposition. In the 19th century, beginning in 1830, the quasi-free African community held a series of “Colored People´s Conventions” to debate the goals of the Black freedom struggle and the strategies and tactics which should be employed. And, as John Bracey notes in his brilliant work Black Nationalism in America, there were conflicting views about the definition of “freedom” and how it ought to be pursued. Diversity of ideological perspectives has always been present within the body politic in Black America. The crucial point is that the early Black political thinkers and leaders saw the Colored Convention movement as a vehicle to discuss/debate issues of concern to an oppressed people and to develop strategies for advancing the struggle.

Various agenda-building processes were also utilized in the 20th century, but the most notable event in this regard was the 1972 National Black Political Convention in Gary, Indiana.  Gary represented the most systematic and inclusive process in the history of Africans in America to develop a National Black Political Agenda and propagate the idea that agenda-building processes should be instituted at the local and state level throughout Black America. The Agenda adopted in Gary was one of the most profound statements of Black interests and aspirations in the 20th century. A close read of the document will reveal that some of its provisions are as relevant today as they were thirty-eight years ago. Despite the fact that the Gary Agenda had not been fully translated into public policy, there were Black Agendas developed at subsequent meetings in Richmond, Virginia and New Orleans. Congressman Walter Fauntroy devised a comprehensive Black Family Plan which was adopted by the National Black Leadership Roundtable. The Mission Statement of the Million Man March and Political Agendas developed for the Million Family March and Millions More Movement were also admirable efforts to articulate the interests and aspirations of Black America.

This history is cited to make the point that Black America has never had a shortage of “agendas.” Every civil rights/human rights and political organization on the scene has some kind of policy agenda whether it is the NAACP, Urban League, Rainbow/PUSH Coalition, National Action Network or Congressional Black Caucus.

What Black America needs are political systems and processes that are institutionalized. In that regard, IBW has attempted to be a vehicle to advance this objective. Though the development of a Priority Public Policy Agenda at the SOBWC, which largely consisted of a broad statement of principles and proposals that were already being advanced by the NAACP Legislative Bureau, Rainbow/PUSH, National Urban League and the Congressional Black Caucus. In other words, IBW made no pretense that it was creating the “greatest agenda of all time.”

Second, IBW did not take its Agenda and go rushing off to Washington to present it on behalf of Black America. The simple fact is that every group with a Black Agenda cannot be jockeying and positing themselves to “represent Black America.” To do so is to invite the divide and ignore strategy. It is far better to have an Agenda forged through a collective process and presented by an entity which a broad range of organizations and leaders trust. IBW elected to submit its Priority Public Policy Agenda to the Black Leadership Forum (BLF) which is an umbrella organization comprised of the major civil rights organizations and a range of other impressive groups.

Since presenting its agenda to the Black leadership forum, IBW has patiently assembled a group of stellar scholars, analysts and activists function as the national entity monitoring how this or any administration responds to Black issues. The Shirley Chisholm accountability commission is an attempt to put in place a permanent mechanism to perform this function, hopefully with the trust and support of a wide range of organizations and leaders in Black America. Like the Urban League´s State of Black America Report, SCPAC will periodically issue Report Cards on the performance of presidential administrations in terms of issues of vital concern to Black America, as well as convene seminars, symposia to discuss pressing issues and formulate recommendations about same.

Shirley Chisholm Presidential Accountability Commission (SCPAC), named in honor of Shirley Chisholm (November 30, 1924 – January 1, 2005) the first African American woman to be elected to Congress and first woman to seek the Democratic nomination for President. The SCPAC was originally announced at the State of the Black World Conference in New Orleans in 2008, under the leadership of veteran social and political activist Dr. Ron Daniels, who is the founder and President of the Institute of the Black World 21st Century (IBW).

Where do we Go From Here?

Dr. Ron Daniels introduced The Shirley Chisholm Presidential Commissioners and the forum began with Senator Constance Johnson serving as the moderator. Each commissioner had an opportunity to rate President Obama´s performance. The following are summary statements from the presenters that summarize their major points and mid-term grades. 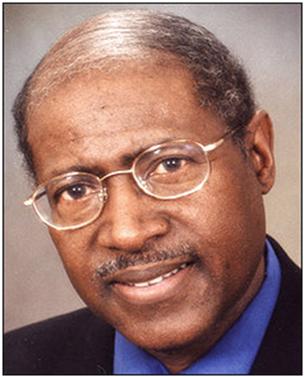 He was a member of IBW, 21st Century Shirley Chisholm Accountability Presidential Commission, and he was acknowledged for his contribution to the race with a special tribute at the commissions session on Saturday, September 19th, 2010, during the Congressional Black Caucus Annual Legislative Conference.