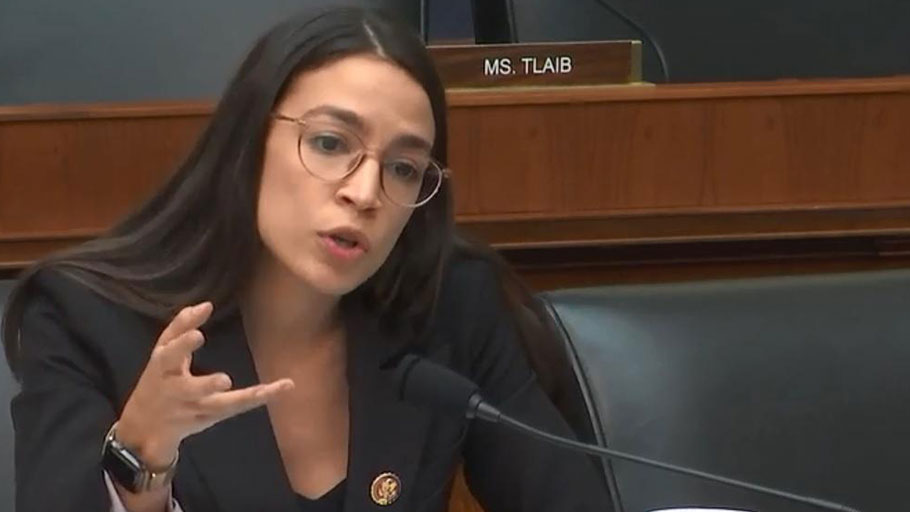 You Are Here: Home » Blog » Initiative Posts » War on the “War on Drugs” Posts » Ocasio-Cortez Slams The ‘Racial Injustice’ Of The Cannabis Business As White Men Profit

The New York congresswoman suggests “affirmative-action licensing” to mitigate the “racial wealth gap” in areas that paid the price of the war on drugs.

She made her comments during a House Financial Services subcommittee hearing this week on banking services for the burgeoning cannabis industry as more states legalize the sale and use of marijuana.

She suggested the growing industry was “compounding the racial wealth gap”  by allowing wealthy white-dominated companies to gain a quick advantage in the industry. She complained that communities most affected by drug incarcerations are the “last in the door” when it comes to profiting now from legalized cannabis.

The nonprofit Drug Policy Alliance praised her position. “We must legalize marijuana in a way that recognizes and repairs the disastrous, disproportionate harms of the drug war … on people of color,” the organization tweeted after the hearing.

Ocasio-Cortez cited statistics from Colorado and Washington, where marijuana is legal for recreational use, that 73 percent of cannabis business executives are male and 81 percent are white.

Much appreciation to @AOC for speaking truth to power. We must legalize marijuana in a way that recognizes & repairs the disastrous, disproportionate harms of the drug war & mass criminalization on people of color.#MarijuanaJustice#NoMoreDrugWar pic.twitter.com/YLaytyMJSG

She raised the possibility of “affirmative-action licensing” to boost the number of minorities in local cannabis businesses so that “frontline communities” could now “reap the benefits or recoup some segment of costs that they bore in the 1990s during the war on drugs.”

She noted that some big-pocket investors in private prisons — who have made money as inmates served time for drugs — could now be profiting from the very drugs that landed people in their prisons. She did not, however, provide any examples.

The situation is a “justice issue,” Ocasio-Cortez tweeted before the hearing Wednesday. “Communities decimated by mass incarceration need to see investments with legalization,” she added.

The full hearing is in the video below. Ocasio-Cortez begins to speak at 4:12:10.