22% of Mail-In Votes Never Get Counted

You Are Here: Home » News & Current Affairs » 22% of Mail-In Votes Never Get Counted 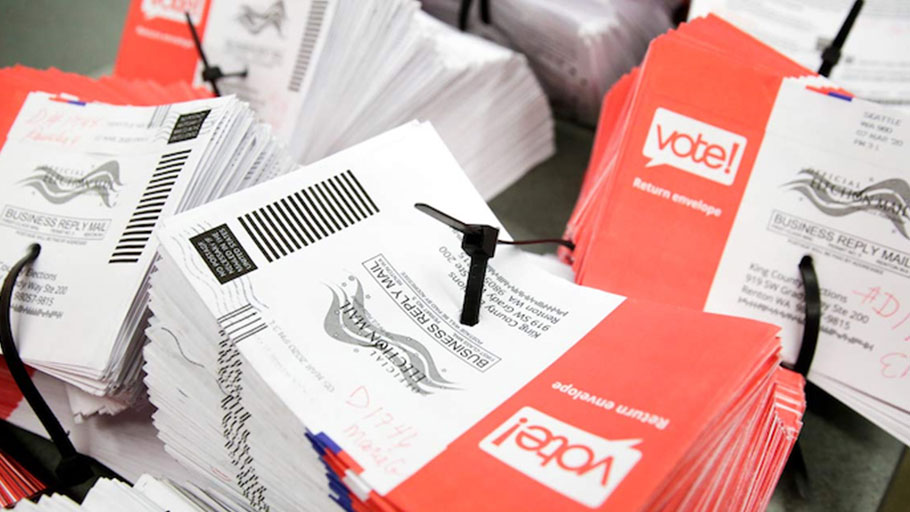 I’ve been singing that Animals’ tune for a month. I move my lips, but I’m not sure my words are understood.

It begins with a stone-cold fact: Mail-in ballots are lost by the millions—especially the ballots of low-income young and minority voters, those folks often called, “Democrats.”

The seminal MIT study, Losing Votes by Mail, warns that 22% – more than one in five ballots – never get counted.

As the study concludes:

“If 20%, or even 10%, of voters who stood in line on Election Day were turned away, there would be national outrage. The estimates provided by this paper suggest that the equivalent may be happening among voters who seek to cast their ballots by mail, and yet there is nary a comment.”

Just because I point out this inconvenient truth doesn’t mean I’m against mail-in balloting. Just the opposite: I want to make sure we get through the mail-in minefield alive: fix the system so everyone who wants an absentee ballot gets one—or, at the minimum, we train Americans to vote absentee so that we are not defeated by the Jim Crow bias endemic to absentee voting.

In my new book, How Trump Stole 2020, my chapter “Mail-In Madness,” begs you to fix the broken mail-in system. I’ve been, weirdly, accused of joining Donald Trump in opposing mail-in voting. That’s insane. There is nothing orange-stained about my analysis. Let me be blunt: unless we get the Jim Crow alligators out of our mailbox, and protect our postal votes, Trump has won—not with the voters but with the vote-challenging tricksters.

Jim Crow in the mail-box? Yep. Because not just anyone’s ballot is deep-sixed. Of the 3.3 million absentee ballots lost in 2016, it’s not random, voters of color and young voters find their absentee ballots—if they ever receive them—are the overwhelming targets of the vote vanishing operation.

A Caltech/MIT study, “Whose Absentee Votes Are Counted?” shows rejection rates higher for Democrats than Republicans, higher for younger than older voters, and higher for non-English ballots. Surprised?

Thousands of Korean-Americans, per their rights under federal law, filled in Korean-language ballots which ask, in Korean, for the voter’s signature. Not surprisingly, the voters signed in Korean. All these ballots went straight into the garbage.

If you don’t get a ballot you can’t mail it in. Well, d’oh, Homer! According to the MIT study, most of the millions of absentee ballot lost are because one in nine voters never receive their ballot or it is received too late. Again, the “late” ballots are overwhelmingly slow-mailed to voters of color.

I spoke to an African-American voter who requested ballots for her family 45 days before the Georgia primary—and her husband’s ballot arrived on June 10. The Georgia Primary was June 9. Unsophisticated voter who screwed up? Hardly, this is Andrea Young, voting rights attorney and Executive Director of the ACLU of Georgia.

If they can shaft voting rights attorneys out of their vote, others don’t stand a chance.

One of the main reasons voters don’t get their ballots is that, in the past two years, 16.7 million voters have been purged, erased from the voter rolls and most don’t know it. It could be you. I can tell you it was me: I looked up Greg Palast on my Secretary of State’s website (you should all do that) and it said, “No such voter.”

One secret of the Ohio’s flip to red is that the Republican Secretary of State in the month before the 2016 presidential election, simply refused to send absentee ballot application cards to 1,035,795 voters, those on the absurdly, inaccurately named “inactive” or “mover” lists. Voters lost their rights—without notice. The purge list was 2-to-1 Democrat.

With 16.7 million voters erased from the registration rolls in the past two years, millions will say, Where the hell is my ballot? Sorry: they’ll be S.O.L. (Google that.)

The Palast Investigations team went through several purge lists and we found that one in seven African-Americans and one in eight LatinX and Asian-American voters in these states were on the hit lists.

You can call it a “flawed” system, but it’s a fraud system, American Apartheid.

What can we do?

Now’s the hard part: filling out and mailing in your ballot. If you’re in Wisconsin, Michigan and many other states, don’t forget the witness signature. And make sure your witness is a verified voter – and verified virus free.

If you’re in swing state Missouri or in Alabama, where Sen. Doug Jones is in a fight for his life, you’ll need to find a notary to notarize your ballot. You may say that’s a poll tax—and just plain dangerous during a pandemic. But three weeks ago, the Supreme Court said that Alabama’s crazy notarization law was just fine.

And in 34 states, if you’re a first time voter, don’t forget to include a copy of your ID. If you’re in the ultimate swing state of Wisconsin and a student—you can only use a student ID if you also enclose a letter of proof of your enrollment in good standing at your school. Huh? You flunk algebra and lose your vote? I can’t make this up.

And if you include that extra paperwork, don’t forget to add a stamp for the extra weight: the US Elections Assistance Commission reports 100,000 ballots in 2016 were rejected for postage due.

Let me be blunt. Mail-in voting sucks – but if you don’t mail in your ballot, you could die. That sucks, too.

So, it’s all about protecting your mail-in ballot. Just know that’s not as simple as “pick and lick” – pick a president and lick the stamp.

There just ain’t enough white guys to re-elect Trump. So the GOP has to get rid of the non-white guys. And they are enlisting your friendly postman to Jim Crow your vote.

A poll tax by any other name

A poll tax by any other name
We Need Your Support — Donate, Share, Sign-Up Ways to Support