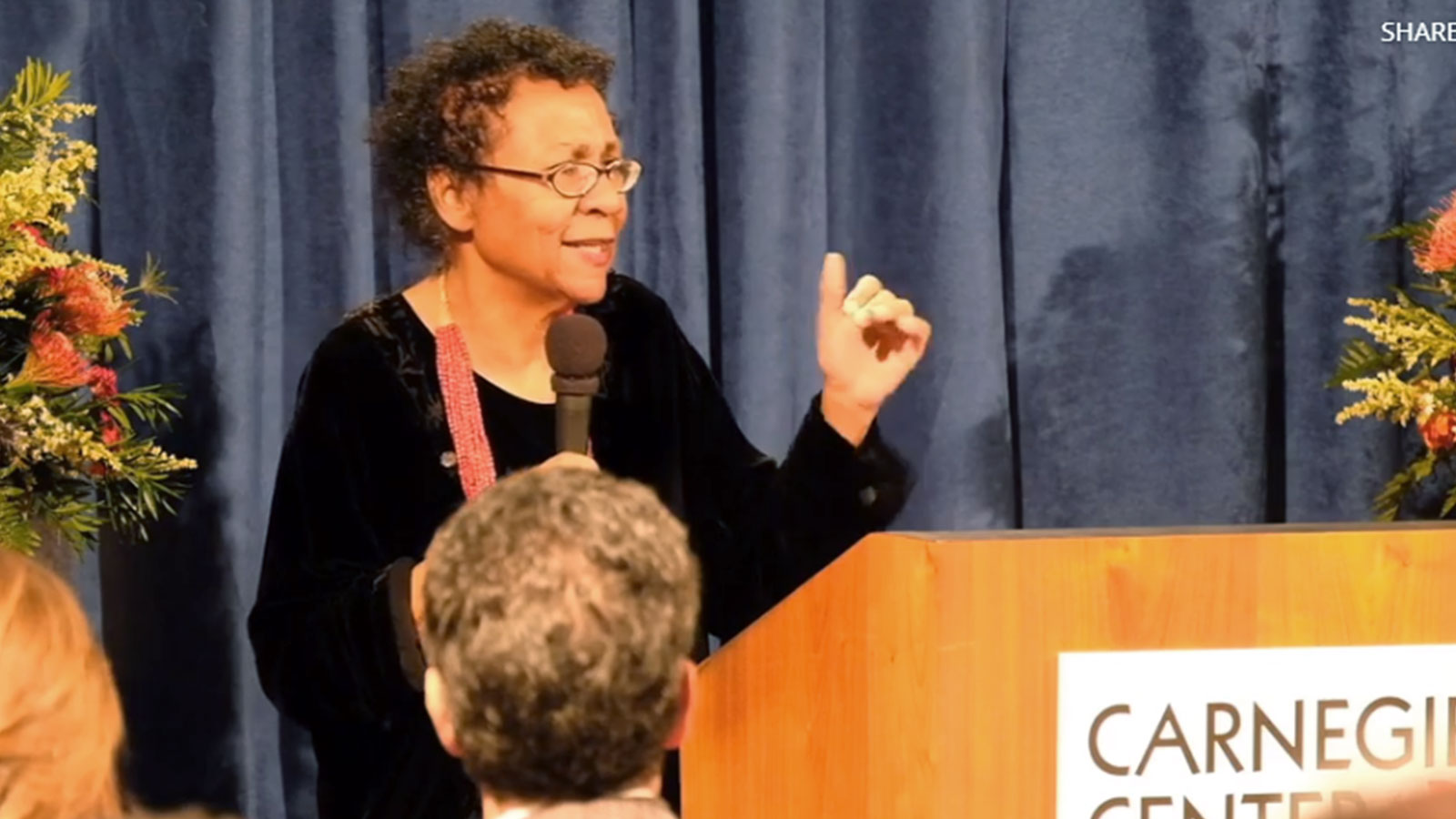 ‘The world is a lesser place today without her.’ Acclaimed author bell hooks dies at 69.

bell hooks, a Hopkinsville native who went on to an international career as a hugely influential author, critic, feminist and public intellectual, died on Dec. 15 at her home in Berea.

She was 69. She had been ill and was surrounded by friends and family when she passed, according to a press release from her niece, Ebony Motley.

Gloria Jean Watkins was born on Sept. 25, 1952 in Hopkinsville, Ky. to Veodis and Rosa Bell Watkins, the fourth of seven siblings. She attended segregated schools in Christian County, then went on to Stanford University in California, then earned a master’s in English at the University of Wisconsin and a doctorate in literature at the University of California at Santa Cruz. She adopted her great-grandmother’s name as her pen name in lower case letters, she told interviewers, in order to emphasize the “substance of books, not who I am.”

She published her first book, “Ain’t I a Woman? Black Women and Feminism” in 1981. Her literary career continued with more than 40 books of including essays, poetry and children’s books. Her topics include feminism, racism, culture, politics, gender roles, love, and spirituality.

In 2004, she returned to Kentucky to teach at Berea College. Another book, “Belonging: A Culture of Place,” discussed her move back. In 2010, the school opened the bell hooks Institute at Berea College. The institute houses her collection of contemporary African-American art, personal artifacts and copies of her books published in other languages. The center has attracted visitors such as Gloria Steinem, actress Emma Watson and Cornel West.

On Wednesday, West tweeted: “She was an intellectual giant, spiritual genius & freest of persons! We shall never forget her!”

In a 2018 interview with former columnist Tom Eblen when she was inducted into the Kentucky Writers’ Hall of Fame, hooks said that she wanted important people to come to the institute to speak with local people.

“Lots of people aren’t comfortable coming on college campuses for a talk. They feel like that’s not their place,” she said. The thing about the institute is that its goal is to be this sort of democratic location. No degrees required.”

hooks hugely influenced numerous writers across numerous fields in academia and beyond. Social media from around the globe exploded with news of her death.

“Oh my heart,” author Roxane Gay tweeted. “bell hooks. May she rest in power. Her loss is incalculable.”

Ibram X. Kendi, the author of “How to be an Anti-Racist,” said on Twitter: “The passing of bell hooks hurts, deeply. At the same time, as a human being I feel so grateful she gave humanity so many gifts.”

The passing of bell hooks hurts, deeply. At the same time, as a human being I feel so grateful she gave humanity so many gifts. AIN’T I A WOMAN: BLACK WOMEN AND FEMINISM is one of her many classics. And ALL ABOUT LOVE changed me. Thank you, bell hooks. Rest in our love. 1/4 pic.twitter.com/lXnAlaZpng

He shared a quote from her book, “All About Love:” “Like all great mysteries, we are all mysteriously called to love no matter the conditions of our lives, the degree of our depravity or despair. The persistence of this call gives us reason to hope. Without hope, we cannot return to love.”

In 2018, hooks said she was grateful to hear from so many people about how her writing had affected their lives and work.

“I want my work to be about healing,” she said. “I am a fortunate writer because every day of my life practically I get a letter, a phone call from someone who tells me how my work has transformed their life.”

She remained close with friends and family in Berea. “She was one of my dearest friends and the world is a lesser place today without her,” said one of her Berea friends, Linda Strong-Leek.

A celebration of life will be announced at a later time.

hooks’ family said that contributions and memorials can be made to the Christian County Literacy Council via Paypal, which promotes reading for children, or the Museums of Historic Hopkinsville Christian County where a biographical exhibit is on display.