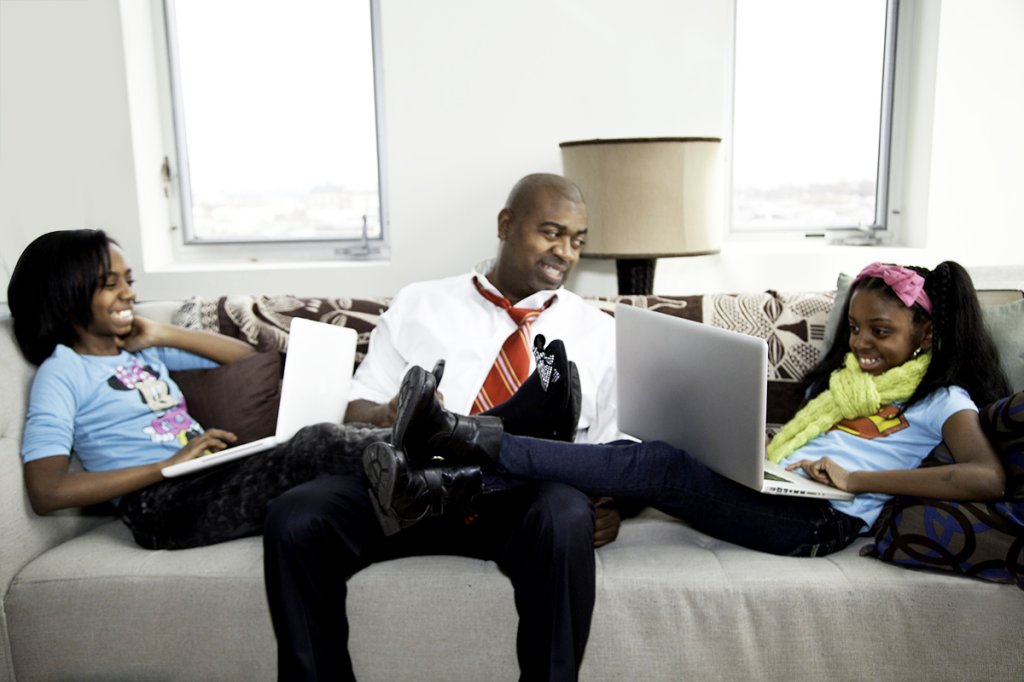 NEWARK, N.J.—Ras Baraka, one of the sons of the late poet/playwright Amiri Baraka, handily beat rival Shavar Jeffries Tuesday night to become the next mayor of his father’s city. How he did it was no mystery to those paying attention.

The mayor-elect paid tribute to his father, who died in January, and his mother, Amina Baraka, who was nearby off-stage at the Robert Treat Hotel here.

“I know that my father’s spirit is in this room today, that he is here with us, and I want to say ‘Thank you’ to him for believing in me up into his last days of his life, and him passing out flyers even on his hospital bed. He fought all the way to the end,” he said to his jubilant supporters.

To Amina Baraka he said, “Happy Mother’s Day, Ma. You deserve this more than me. My mother’s whole life has been Newark. She has struggled and fought, and even (fought) with all of us to make sure we go right and do right by the city of Newark.”

“Today we told them, all over the state of New Jersey, that the people of Newark are not for sale,” he said, referring to the estimated $2 million that Jeffries’ financial supporters, many of them anonymous donors, poured into his rival’s campaign.

The mayor and the hundreds of supporters then left the hotel and marched to Newark City Hall.

Baraka, 44, will become Newark’s 39th mayor at his July 1 inauguration.

Newark, an overwhelmingly Democratic city, has no party primary, with officials instead elected on citywide tickets. This situation allowed Jeffries and Baraka, both Democrats, to slug it out over who was best qualified to reduce crime, spur the city’s economic development and fight to repair the city’s struggling school system, the latter controlled by the state for the past 19 years. 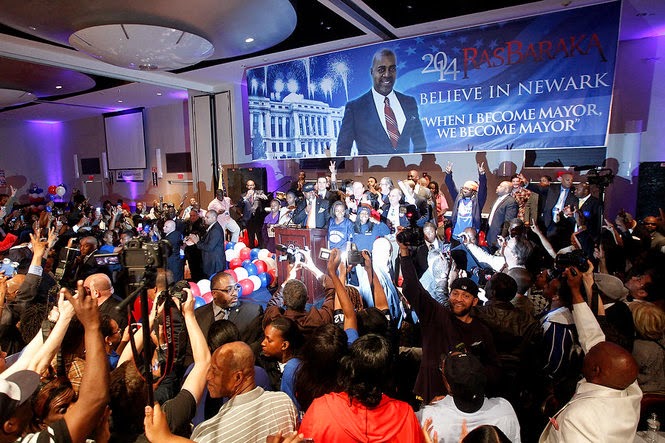 The election is seen as important because Newark is the heart of predominantly Democratic Essex County, an important collection of votes for anyone running for New Jersey governor.

Since Newark elections have now been populated by candidates relatively new to the city, the prickly question of “authenticity” has become a real one here in the last 20 years.

A mayoral candidate now has to prove himself sufficiently Black (and soon, sufficiently Latino), urban and progressive. U.S. Sen. Cory Booker (D-N.J.), the previous mayor, promised new energy and new investments, but he still had to earn his way from Yale Law School to the Newark City Council, and eventually the mayor’s chair, vote by brick.

When the mayoral race narrowed to two, Baraka kept jackhammering at the main fault line of the Shavar Jeffries campaign: its open hubris.

Jeffries may have been born in Newark, but he appeared from Seton Hall University Law School fully formed and fully funded—by anonymous donors. Jeffries served on the Newark Advisory School Board and was president of the Newark Boys and Girls Club, two very important city positions.

But that just doesn’t carry the same juice as being on the council, where a councilmember is directly responsible for Newarkers’ lives and where people test his or her power and commitment to the city’s decaying working-class neighborhoods and the people who live in them.

The campaign had the atmosphere of history around it because of the obvious question: could the son of Amiri Baraka, a Black communist poet and playwright who was beaten by police during the 1967 Newark insurrection, be elected Newark mayor?

Until his transition into ancestry this past January, Amiri Baraka was known as a living legend in Black literature, and an historic figure in 20th century Black politics. But to many Newarkers on the street for decades, he was known as “that Black radical” and that old, cranky guy who sponsored poetry and jazz concerts in the basement of his home or in downtown city parks.

The question became less significant the more time spent on the Newark streets. Baraka received no “sympathy vote” because of his father (or his slain sister Shani, for that matter). Newarkers who were interviewed kept mentioning that they knew, or knew of, Baraka and didn’t know Jeffries.

Baraka, the city’s South Ward councilmember until Tuesday night, got the support of the people because of his consistent commitment to them for 23 years.

As a deputy mayor, he accepted only a salary of $1, rejecting the doubling of his school district income. At the last debate, he said that, as mayor, he will actually receive a pay cut from his combined council and high school principal posts.

People on the street notice things like that. They also know well their elected representatives, children’s teachers and principals, and the principles all hold.

The radical Howard University student activist who returned to Newark and became a city schoolteacher, and later vice-principal and principal, taught outsiders, and reminded returning sons, that many, many Newarkers are actually committed to living here.

That radical faith in maintaining and renovating the old bricks of his city, like the younger Baraka’s ability as a poet, may be partly hereditary, but, in the end, he earned every vote he got every day between his 1991 Howard graduation and Tuesday night.

Todd Steven Burroughs, Ph.D., an independent researcher and writer based in Hyattsville, Md., is writing a small, self-published book on Amiri Baraka and Ras Baraka through the eyes of the 2014 Newark, N.J., mayoral campaign. A native of Newark, N.J., he has taught at Morgan State and Howard universities. He is the co-editor, along with Jared Ball, of “A Lie of Reinvention: Correcting Manning Marble’s Malcolm X” and is the co-author, with Herb Boyd, of “Civil Rights: Yesterday and Today.” He can be reached at toddpanther@gmail.com.