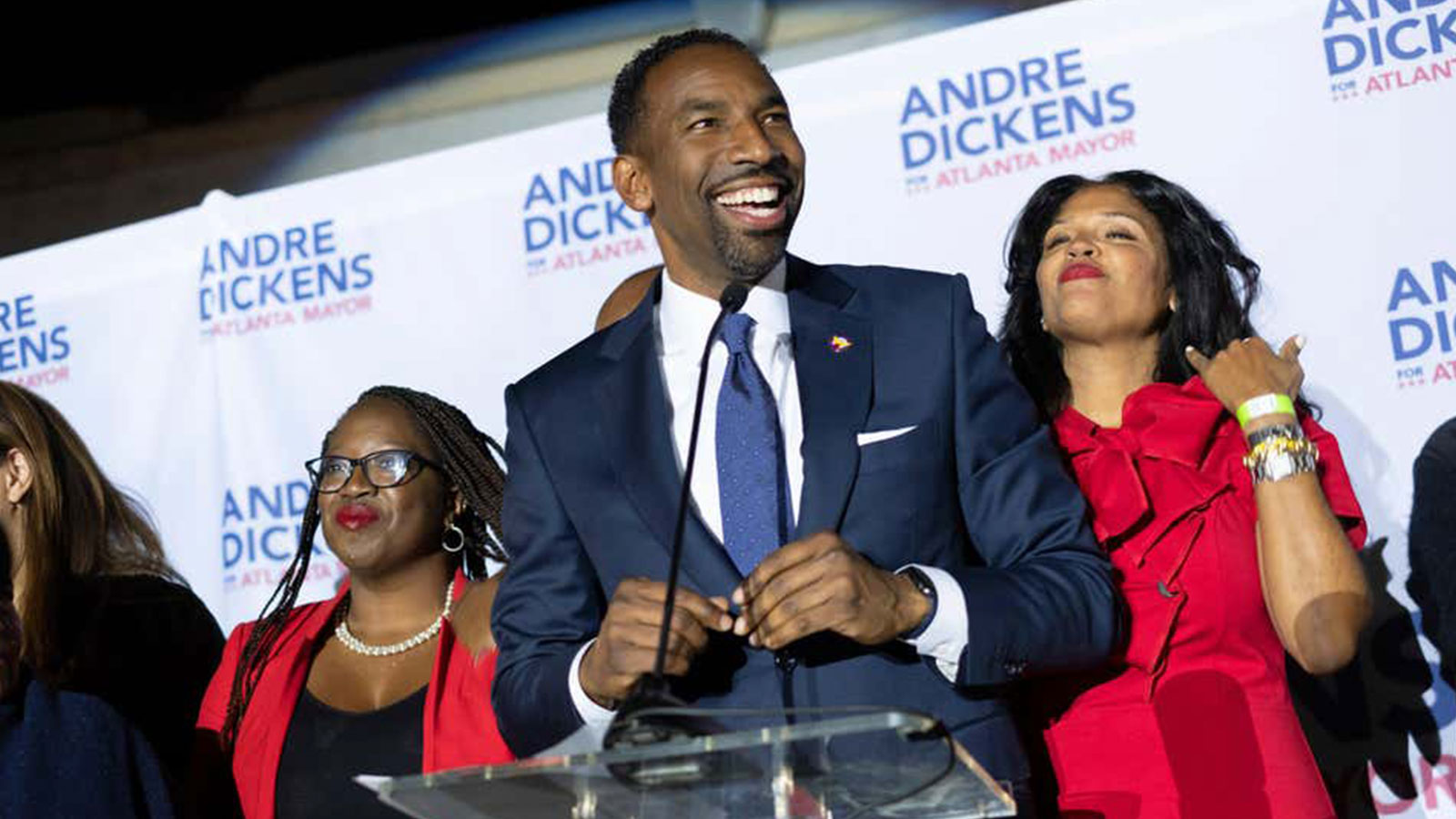 Andre Dickens is the next mayor of Atlanta

You Are Here: Home » Blog » News & Current Affairs » Andre Dickens is the next mayor of Atlanta

Andre Dickens beat Felicia Moore in a runoff election to become the 61st mayor of Atlanta.

By Rachel Pilgrim, The Root —

While polling showed that it would be a close race, with many voters still undecided, Dickens won 64% of the votes compared to Moore winning 36%, WSB-TV reports.

The pair were the last two standing after a race of 14 candidates fighting for the seat. Dickens had quite a bit of high profile support, including an endorsement from Mayor Keisha Lance Bottoms who announced that she wouldn’t run for another term back in May.

“For all of you, keep your head up high,” Moore said while conceding last night, according to 11 Alive. “We all have the same thing that the people in the other room, where they’re screaming and shouting in victory, have and that’s a love for this great city.”

Moore encouraged her supporters in the wealthy and predominantly white community of Buckhead to work with the new mayor. Over the summer, Buckhead moved to become independent from Atlanta.

Here’s more on the race from CBS 46 Atlanta:

It has been a remarkable run for Dickens, a current Atlanta City Councilman, who just more than a month ago was polling at 6 percent, well behind front runners Moore and former Atlanta mayor Kasim Reed.

A month before that, Dickens polled in fourth place behind Sharon Gay, and just ahead of fellow councilman Antonio Brown.

But then came Election Day. On Nov. 2, Dickens surged ahead of Reed late in the night and ended up securing his spot in Tuesday’s runoff by about 600 votes. But on that night, he was still trailing Moore by about 17 percent of the vote.

Over the next 28 days, Dickens was able to carry that momentum into an unlikely win and a job he says he’s been looking forward to since he was 16 years old.

“On day one, I’ll make sure we start and enact my ‘Safe Streets Plan,’ my public safety plan for the city of Atlanta. To begin the process of hiring 250 officers and start their training toward conflict resolution and community-based policing, “ Dickens said.