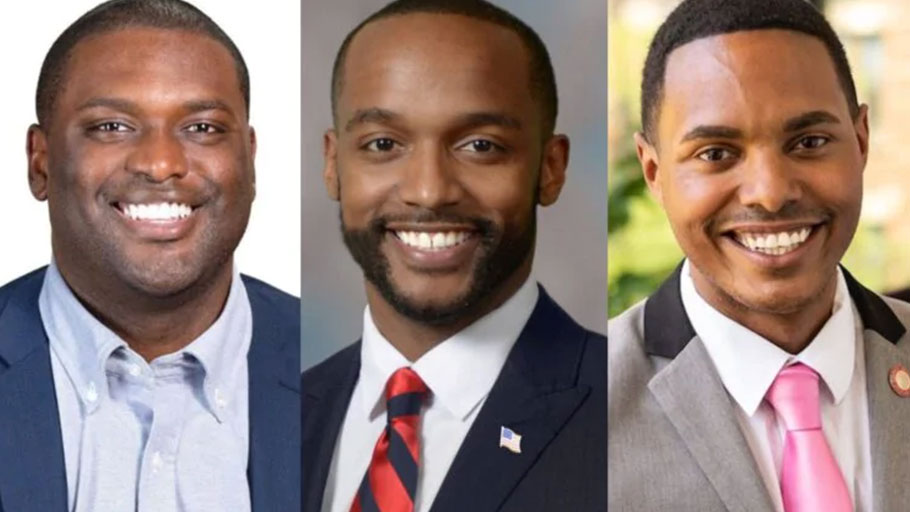 These young politicians are following in the footsteps of a shortlist of Black Americans elected to the United States Capitol.

By Kelsey Minor, The Grio —

You may not know the name Hiram Revels but 150 years ago he became the first Black member of the United States Congress. A Black Republican from Mississippi, Revels was sworn into office although there were heavy objections from the southern White men who made up the Democratic-controlled Congress.

In the years since Revels made history, a number of other Black men and women have gone on to walk what many consider the sacrosanct halls of the United States Capitol.

A history lesson this is not, but if voters head to the polls in November history could definitely be made if three elite men of color are elected to Congress. In New York, Mondaire Jones, 33, and Ritchie Torres, 32, two openly gay candidates are all but guaranteed to carry the majority vote and head to Washington after November’s general election. 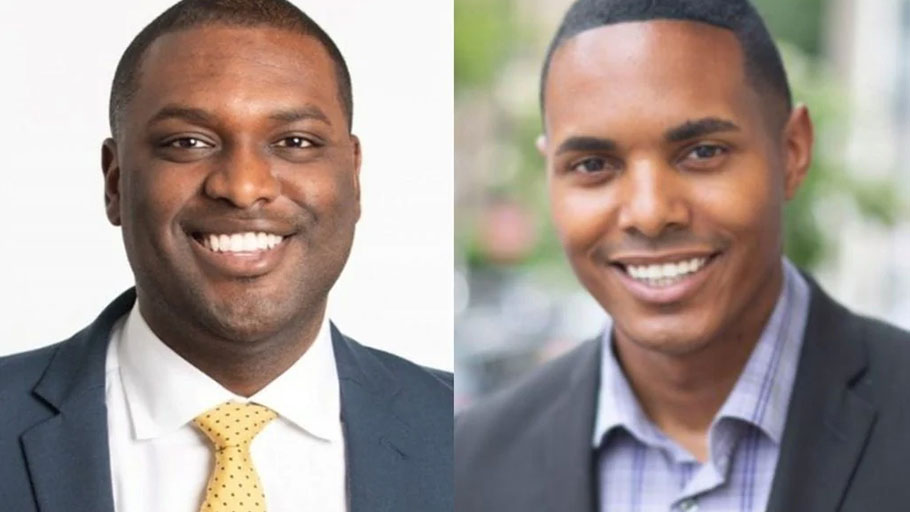 In the deep south, Adrian Perkins, 34, the millennial mayor of Shreveport, Louisiana entered his state’s senate race late but is being described as a “formidable opponent” to incumbent Senator Bill Cassidy, according to his home state paper The Advocate.

The timing of these three men of color seeking to lead their districts and states on the national stage comes at a gravely enduring time. The country is in racial despair and at the time of publication of this article the nation lost one of its founding civil rights fathers, the late Congressman John Lewis of Georgia.

Lewis, who championed equality for all people alongside the likes of his friend and mentor Dr. Martin Luther King. Jr, in many of his speeches brought people of the LGBTQ+ community into the conversation which serves as an added benefit to Mondaire Jones.

“The lived experience of being Black and gay informs the policymaking process,” Jones tells theGrio.

Jones, whose first name, Mondaire, means “my air,” wasn’t brought up through the ranks of political stock. He was born in the suburbs of New York City to a single mother who went on to study at the likes of Stanford and Harvard Law.

We had our office grand opening in Sleepy Hollow 🎃 today and it was a movie 🎥 The energy of this people-powered campaign is palpable. Together, we will make history.

“I have always said that I am not running to make history but I certainly am really embracing the opportunity to change lives through representation because I didn’t have that growing up,” says Jones.

Securing the Democratic nomination for Congress in his district is the first time he has run for public office. “There were a lot of folks who thought we were not going to be able to win this race and it is the cherry on top to be able to prove people wrong,” he said.

Jones is following in the footsteps of another political newcomer from New York, Alexandria Ocasio-Cortez, who in a stunning defeat of a veteran Democrat incumbent went on to Congress to represent her district in the Bronx and Queens. In June, Ocasio-Cortez threw her political weight behind getting Jones elected with a solid political endorsement.

“She has become a great friend, dare I say even a mentor and I’m two years older,” he says with a smile. 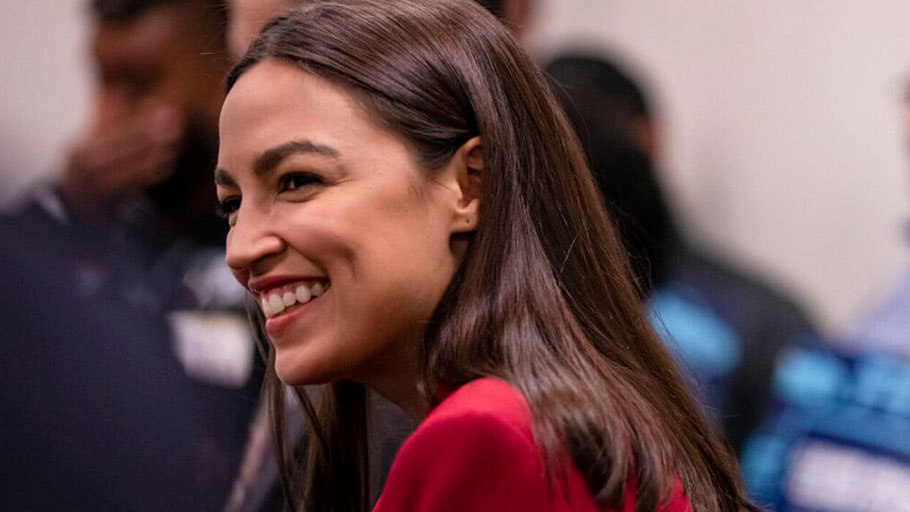 Like AOC, Jones is steadfast about protecting the climate for generations to come but what’s top of mind for him at this moment is navigating people through the coronavirus pandemic and making sure that everyone is held together financially.

“We are heading into the deep end and we don’t have a life vest because too many people in Congress aren’t taking things as seriously as they should,” he says. Jones, who worked in the Justice Department during the Obama years isn’t just taking aim at Republicans, he’s also calling in to view members of his own party.

Jones is aiming at Democrats and that’s evident as he is on the progressive wing of the party. “From my perspective, it was the failure of Democrats in Congress to fight hard enough for the things we say we believe in as a Democratic Party that made me want to run,” Jones says.

The path to running for Congress is a different story down in Louisiana for Shreveport mayor Adrian Perkins. The 34-year-old native of the city is a Harvard Law graduate and has a military background. He takes pride in leading Shreveport for future generations.

His call to action happened in the middle of the pandemic and, in his words, getting on the ballot for a seat in Washington will be a challenge for the young mayor who qualified to enter the race just a week ago. “My whole life has been about overcoming challenges,” Perkins tells theGrio. “I’ve been thrown into a lot of scenarios that they odds were against me.”

I’m running for United States Senate because Louisiana and our country are at a crossroads, and Washington’s political games are only making us sick. It’s time to take a new road, and I hope you’ll join me: https://t.co/lI336iVf9K #lasen #lagov pic.twitter.com/G4sxAWS7J4

Perkins, a Bronze Star Medal recipient, was awarded the prestigious honor for his acts of bravery and leadership while deployed twice in Afghanistan. If Congress is his battleground then the second-year mayor only into his first term of office is ready for the challenge.

Shreveport, Louisiana is home to roughly 185,000 people and as the third-largest city in the state, Perkins is only the second youngest person elected to lead the city. According to world population review, the city is made up of about 57% Black or African-American residents and issues of poverty, a high unemployment rate, and crime have pushed people out.

Perkins, however, true to form rose to the challenge to try and change the culture in the city and he succeeded by bringing in more jobs and decreasing the crime rate. The problem now is that a global pandemic happened and much of his success and achievements have been affected. From the outside looking in, one would say he should wait for another time to seek the Senate seat — but in his eyes, Louisiana people are suffering and he believes representing them in Washington could help.

Students from Caddo Parish’s Transformation Zone Schools gathered this morning at the Community Foundation of North Louisiana for this year’s Amazing Shake Competition. Mayor Perkins served as a judge in the competition for the second straight year, and was completely blown away by the skills and confidence displayed by these young students. The Amazing Shake Competition introduces soft skills to young people. These skills include everything from a strong handshake to good conversational habits, providing them with broader experiences and preparing them for success in life. #LoveShreveport

“Our lawmakers for months have been sitting on bills that would help feed people of this state, that would help them through this difficult time and in November they are going to want to take those frustrations out and that’s why my campaign has a great opportunity to make radical change,” Perkins says.

Radical change is one way to describe Ritchie Torres, the 32-year-old New York City councilman who, like Jones, is openly gay. In fact, Torres was the first openly gay elected official to serve constituents from the Bronx, New York, and also the youngest member of the council. His political rise started seven years ago when he was first elected.

Since then he has been a champion for affordable housing and building an inclusive city that doesn’t discriminate against LGBTQ+ people. Of the three people profiled for this article, he is the youngest but elder statesman in terms of political office.

A son of the Bronx housing projects, Torres like Perkins and Jones was raised by a single mother and he openly talks of what it was like to struggle. In totality, it’s what has motivated him so much to make a positive and influential change in New York. He is depending on that same drive to help in Washington. 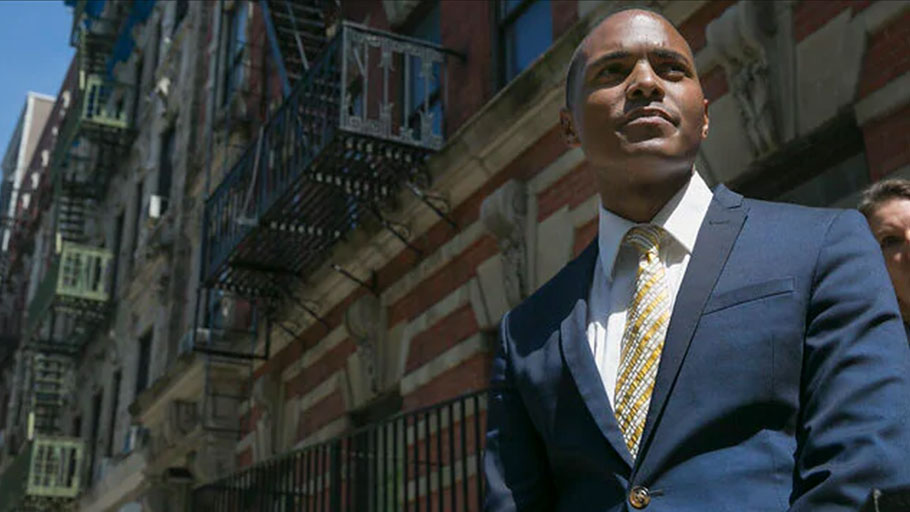 “I was born, bred, and battle-tested in the Bronx, spent most of my life in poverty and as I saw the conditions in my own home get worst and rather than complain about it I decided to become a community housing organizer and then city councilman, and now a run for Congress,” Torres tells theGrio.

Torres over the years has become a New York City favorite son for the work he has done with securing fair and equal housing but admits the victories have not always been easy to come by. “I’ve learned over the last seven years that if I want to make transformational policy change that I’m going to have to go to Washington,” says Torres.

It’s 2020 and to date there have been 1,974 members elected to the United States Senate and only ten have been Black. Across the aisle in the House of Representatives that number is only 153. America is in a defining moment of reckoning and Black people are forcing positive change that is beneficial to all people.

Yes, young Black men, specifically millennials are seeking some of the highest public offices in the land but we can’t forget about Black women who in turn are making history. As a footnote, in this 2020 election cycle, there are roughly 60 women of color also vying for a place in Congress.

Kelsey Minor is a 2x Emmy-awarding winning freelance journalist based in New York City. He can be followed on Twitter @theKELSEYminor.