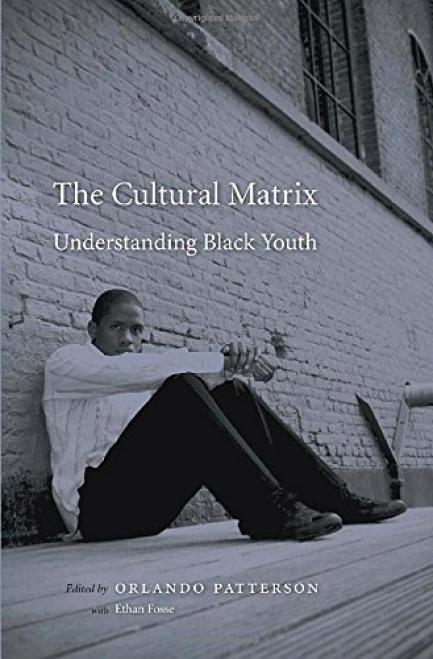 Can Reforming Culture Save Black Youths?

Jamaican-born Orlando Patterson, a Harvard sociology professor since 1969, likes to tackle big issues. Slavery and Social Death and Freedom in the Making of Western Culture, two of his most acclaimed works, traverse centuries and continents. Now he’s confronting the issue of culture and black youths. In the newly released The Cultural Matrix: Understanding Black Youth, Patterson and more than 20 other scholars drill down to focus on the contemporary state of young black people in the United States.

Considering recent tragedies and protests involving black youths, the police and the legal system—along with the centuries of devastation wrought by racial bias—a work exploring the impact of culture is both timely and welcome. Though we are far from achieving a post-racial society, what Ralph Ellison called conscious culture can point a way.

Culture—“that which separates the behavior of Homo sapiens from other species”—is so fundamental, Patterson proclaims, that “the question, then, is not whether culture matters but how.” He begins the 688-page anthology with an account of the concept, which he explains as two processes that dance. The first is shared “ideas, narratives, metaphors, and beliefs, formal and informal rules or norms, and specific as well as ultimate values.” The second is how these apply in social interactions with others, where individuality and creativity can be exercised “within limits set by practical rules of engagement that take account of status, power, and context.”

A diagram of the processes of culture that Patterson presented in his 2014 paper “Making Sense of Culture” was, unfortunately, not included.

Patterson and his fellow contributors wrestle with hip-hop culture; the values of disconnected youths; continuity and change in neighborhood cultures; street violence and relations with city police; gender relations and class distinctions; barriers to entry in the workforce; religious and social organizations; and family programs.

Unlike what some have suggested, hip-hop is primarily important to Patterson not because it’s evidence that black American culture is in trouble and needs reform. Rather, to Patterson, hip-hop portrays a variation of what sociologist Daniel Bell called “the cultural contradictions of capitalism”: a cultural divide in which hip-hop is adored by white youths (and youth culture overall) for its freewheeling ethos and confrontational attitude, yet black youths themselves aren’t embraced by the wider society.

Patterson writes, “[T]he appropriation, near-complete corporate control, and reconstruction of hip hop as a ‘gangsta-pimp-ho’ configuration within the broader fold of the mainstream serves the function of providing a perfect Dionysian antiphony to the disciplined, Apollonian call of the dominant culture.” An excellent paper by ethnomusicologist and DJ Wayne Marshall in the volume traces hip-hop’s origins and widespread sociocultural impact up to today.

Those who may assume that The Cultural Matrix denies the impact of economic and institutional structure would be wrong—the collection clearly pursues (and diagrams) the interaction of structural and cultural dimensions in the lives of mostly urban black American youths. Patterson and his peers present a balanced, rigorous interpretation of culture, with ample empirical evidence, and include the actual voices and viewpoints of black youths.

Patterson rehabilitates and reframes the culture concept in contemporary sociology to harmonize the contribution of his discipline with the formulation of social policy, not just after-the-fact analyses. In a recent article in the Chronicle of Higher Education, Patterson argues that sociologists made themselves irrelevant after vociferous challenges to Sen. Daniel Patrick Moynihan’s 1965 report on negative trends in black family life and Oscar Lewis’ “The Culture of Poverty” thesis (pdf) from the same decade. Both were taken to task for “victim-blaming” as well as for overlooking structural forces that negatively affected black families.

Patterson is a true scholar, not a closet conservative bent on blaming black people for their problems without regard to history. Yet he doesn’t shy away from constructive critique. In this work and elsewhere (pdf), Patterson demonstrates that Moynihan’s predictions regarding the instability of the black family, sadly, came true: When Moynihan wrote his report, the percentage of black babies born to unwed mothers was 25 percent; now it’s more than 70 percent.

Yet Patterson dismisses the culture-of-poverty thesis as inaccurate and incomplete and makes a case that the retreat from cultural analysis by his fellow sociologists has been too extreme. Patterson offers sociology a conveyor belt to re-enter a policy discourse with the lives of disconnected youths at the center.

The contributors to this volume, as Patterson writes in the conclusion, show the ways in which culture works “as an enabling agent, constraining force, and provider of goals, meanings, and ways of knowing as well as the metaphors and other shared schemas with which to think, feel, and express ourselves.” They also suggest possible strategies and tactics for the ways in which culture can be understood and employed to improve the lives of black youths—in all their rich diversity and potential.