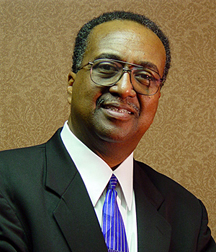 In a tale of “strange bedfellows,” over the strenuous objection of the State’s NAACP, faith leaders and criminal justice advocates, Steele joined with the Bail Coalition in successfully gutting a Bail Reform Bill that would have relieved persons arrested for minor crimes from having to pay a bail bond.

Under provisions of the bill, thousands of indigent/poor defendants arrested for minor offenses (mostly Black and Brown people) would have been released without having to remain in jail for an extended period of time while awaiting trial.  Civil rights organizations and criminal justice advocates across the nation have begun to press for bail reform because of the staggering numbers of indigent defendants who are held in jail for lack of ability to purchase a bail bond.  As many as 10,000 defendants have been detained in the Cook County Jail system in Chicago at certain times.

In the proposed bill, those arrested for serious offenses would undergo a “risk assessment” to determine the likelihood of flight to avoid prosecution. Those deemed to be of no threat would be released but strictly monitored.  According to an Editorial in the Newark Star Ledger“Too many poor people, most of them minorities, are languishing in New Jersey jails simply because they can’t afford bail. The rich, meanwhile, walk free.”

In a curious line of reasoning, Charles Steele argued that a bill designed to assist the poor would actually have hurt them because the risk assessments would disproportionately judge minorities unfairly.  He also seemed to view the Bail Bond industry as a savior for poor Black people. When reached by phone, he told Dr. Ron Daniels, President of IBW that bail bondsmen are often the only means by which Black people can be released from jail. When asked if he had consulted with the NAACP or other civil rights and criminal justice advocates prior to joining with the Bail Coalition to oppose the bill, Dr. Steele angrily proclaimed, “I don’t have to get permission from anyone to come to New Jersey to testify.”

Tragically it appears that this combination of strange bedfellows was effective.   At the most recent Legislative Hearing, the bill was essentially gutted in favor of a revised measure friendly to the Bail Bond industry. Some legislators were reluctant to advance a bill over the opposition of SCLC, the organization founded by Dr. Martin Luther King.

Dr. Ron Daniels, who knows Charles Steele, expressed deep disappointment in Steele’s role in dismantling progressive Bail Reform legislation: “I see Charles Steele every year in Selma at the commemoration of ‘Bloody Sunday.’ Unfortunately, his shameful collusion with the Bail Coalition will result in a ‘bloody mess’ in New Jersey by maintaining a system that detains far too many people with minor offenses in jail for far too long.  The bill may not have been perfect, but it doesn’t take a rocket scientist to understand that releasing indigent defendants charged with minor offenses without bond is a good thing. It’s odd that a civil rights organization would be so closely aligned with the Bail Bond industry. But, Charles Steele has a reputation as a great fundraiser, perhaps, that’s the answer.”

IBW has an interest in this issue because of its Drug and Criminal Justice Policy Reform Initiative which seeks to end the “War on Drugs” and racially biased criminal justice policies that adversely affect Black families and communities.