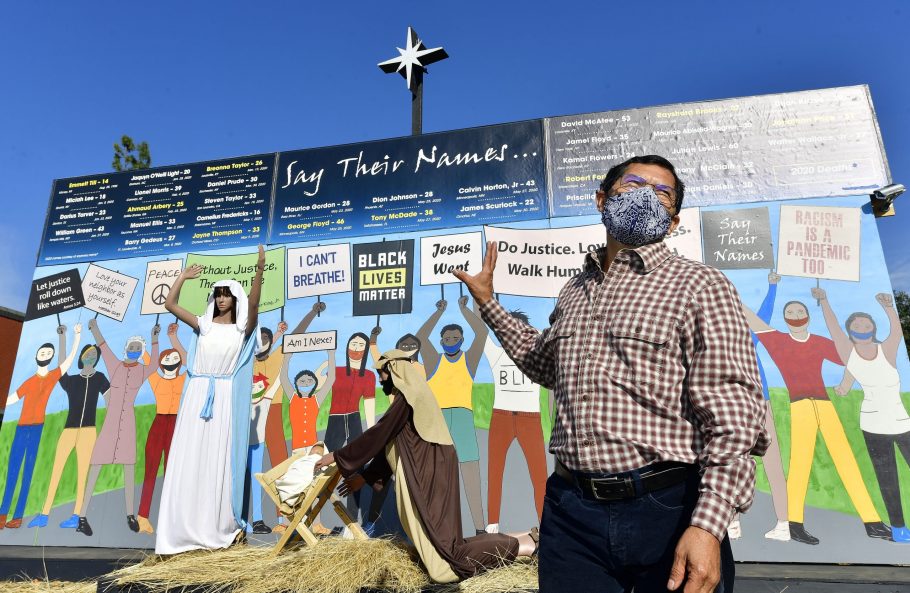 By Javier Rojas—
For more than a decade, one Claremont church has turned to social justice issues to help inspire its unconventional Nativity scenes built to spark tough conversations.

Though 2020 brought a pandemic that has killed several hundreds of thousands of Americans and caused economic uncertainty for millions of people, it was the wave of protests over police brutality and calls for justice and equity that gave the congregation inspiration for its current version of the Nativity.

An illustrated backdrop of protesters and the names of Black people killed in the U.S. by police and civilians serves as the backdrop for figures of Joseph and Mary, with her hands raised over the manger holding Jesus, at Claremont United Methodist Church, 211 W. Foothill Blvd. The display, which was unveiled Dec. 6, calls attention to groups that have been far too long overlooked, organizers say. 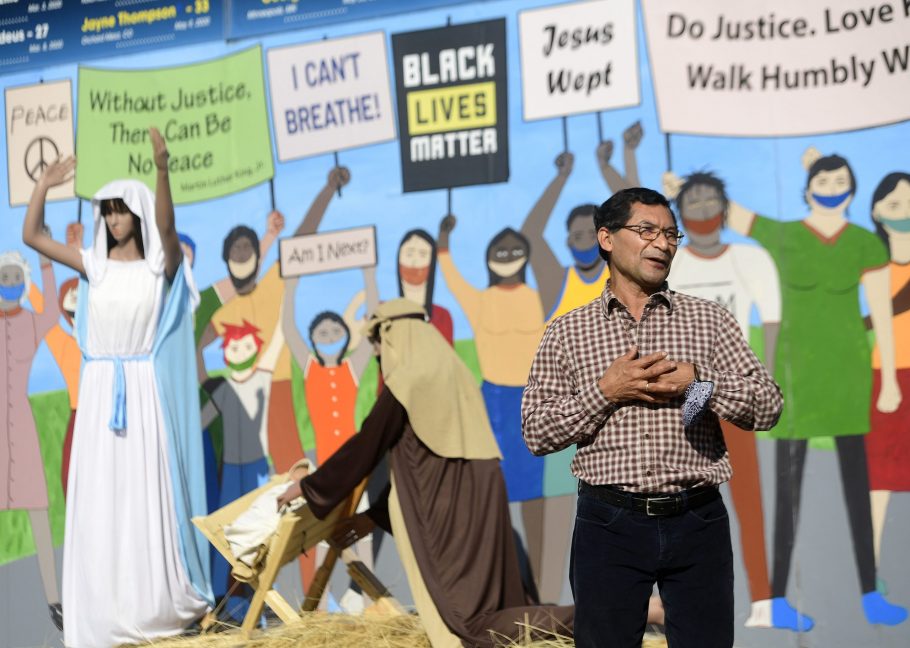 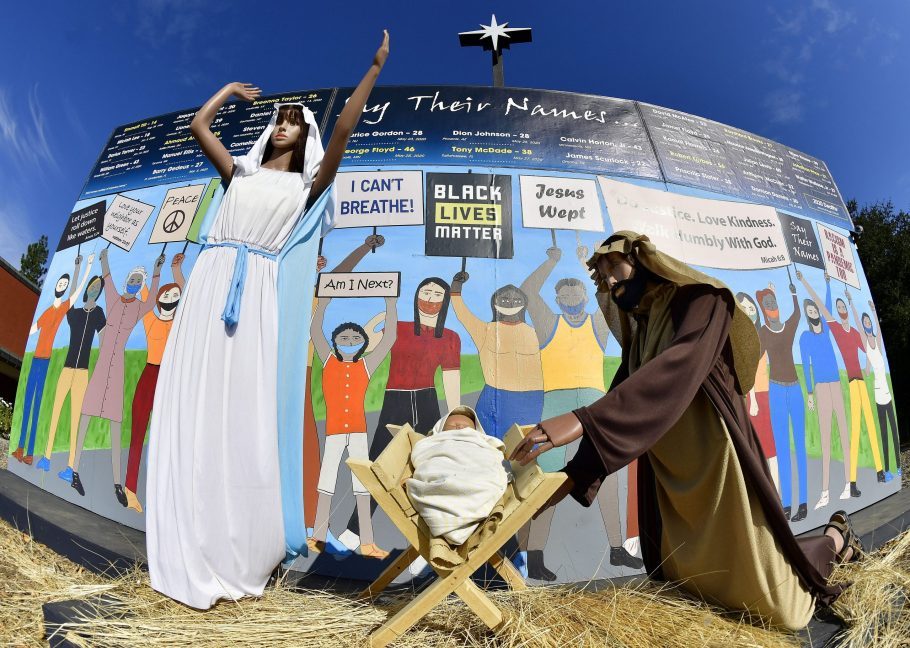 “There could have been lot to choose from this year from but at the end we still felt this was a concern that is easily lost among all the others: the plight of those who are marginalized and systemically forgotten by our society or pushed to the side,” Associate Pastor Martha Morales said. “We felt we needed to highlight the continuing oppression of the Black community.”

The names of Breonna Taylor, Ahmuad Arbery and George Floyd, all of whom became central figures in national uprisings against inequality and systemic racism following their deaths, are highlighted in the display. The Nativity scene’s illustrated backdrop features demonstrators holding posters reading “Say Their Names” and “I Can’t Breathe” — echoing the chants that punctuated protests this summer.

“We affirm and join the call for justice and equity by the Black Lives Matter movement to ensure that Black lives matter as much as any other life. Our faith in Christ challenges us to stand with Mary in her call for justice for the poor, the marginalized, and the oppressed,” a statement placed next to the Nativity scene reads.

Pam Bunce, who chairs the church’s Creative Peacemaking Committee, which sponsored the Nativity scene, said the group began looking at various issues midsummer, at the height of the Black Lives Matter protests this year.

“We have a congregation that’s really open to this and not everybody would necessarily agree with some of the things we’ve chosen over the years but we’ve had a lot of freedom and flexibility because we know that the congregation stands behind us,” Bunce said of the 60-year-old church’s themed Nativity scenes.

In 2019, the display depicting Jesus, Mary and Joseph as refugees in cages went viral with mixed reactions. Prior themes for the Nativity called attention to the Iraq war, homelessness and the 2013 killing of Trayvon Martin, a Black Florida teen who was shot to death.